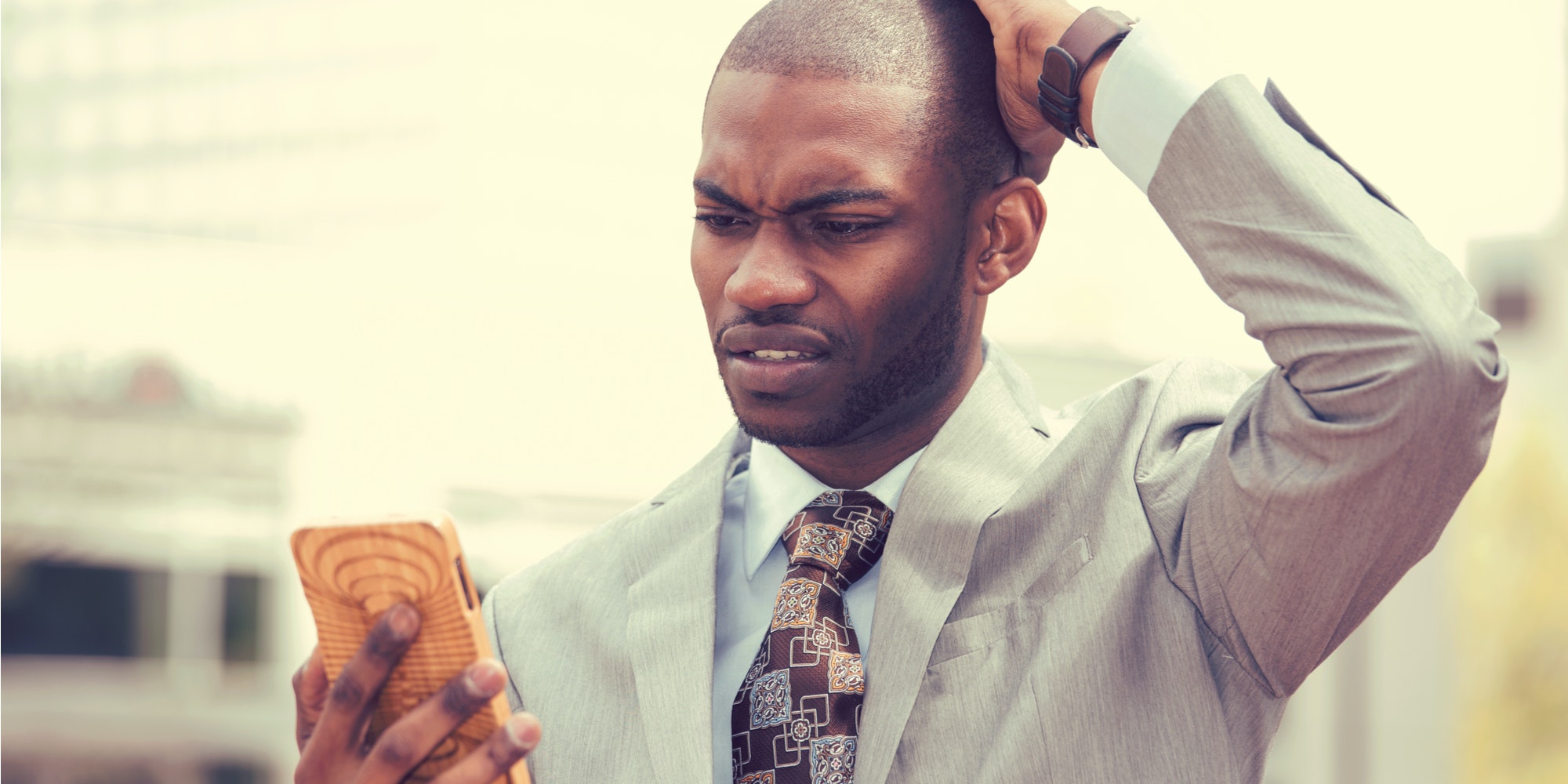 A viral Twitter thread is highlighting the ridiculous—sometimes crass, often racist—messages that Black men get on dating apps like Tinder.

Twitter user @Ayyys_99 seemingly sparked the thread by accident after sharing a screenshot of a woman’s one-word opener on a dating app.

The woman wrote “BLM,” the acronym for Black Lives Matter, with a fist emoji in Black skin tone. From the thumbnail of the woman’s dating profile, she doesn’t appear to be Black. “What am I supposed to reply to this????” @Ayyys_99 tweeted.

The messages are often out of the blue and play into the harmful stereotype that Black men are hypersexual. “I have never had a black dick…” one woman wrote amid a conversation about marijuana.

Black men and women often face tone-deaf comments on dating apps, and oftentimes they’re subjected to blatant racism. One screenshot shows a Black woman received “WLM,” which stands for “white lives matter,” with a white fist as an opener.

Meanwhile, OkCupid reports that dating profiles increasingly reference to politics—including former President Barack Obama or the Black Lives Matter movement—in conversations that have nothing to do with them. The same goes for using “race” as a filter, which is reportedly being used more than ever before.

As the viral thread showed, however, out-of-touch and insulting messages on dating profiles aren’t limited to racism. Screenshots showed ableist language and vulgar sexism. The worst part is that the offenders really think they’ll get a date.

The post Black men are sharing the racist messages they get on dating apps appeared first on The Daily Dot.