‘Both of my brothers called from jail at the same time and I got to merge their call’: TikToker connects his incarcerated brothers through 3-way call in viral video – Nogagames 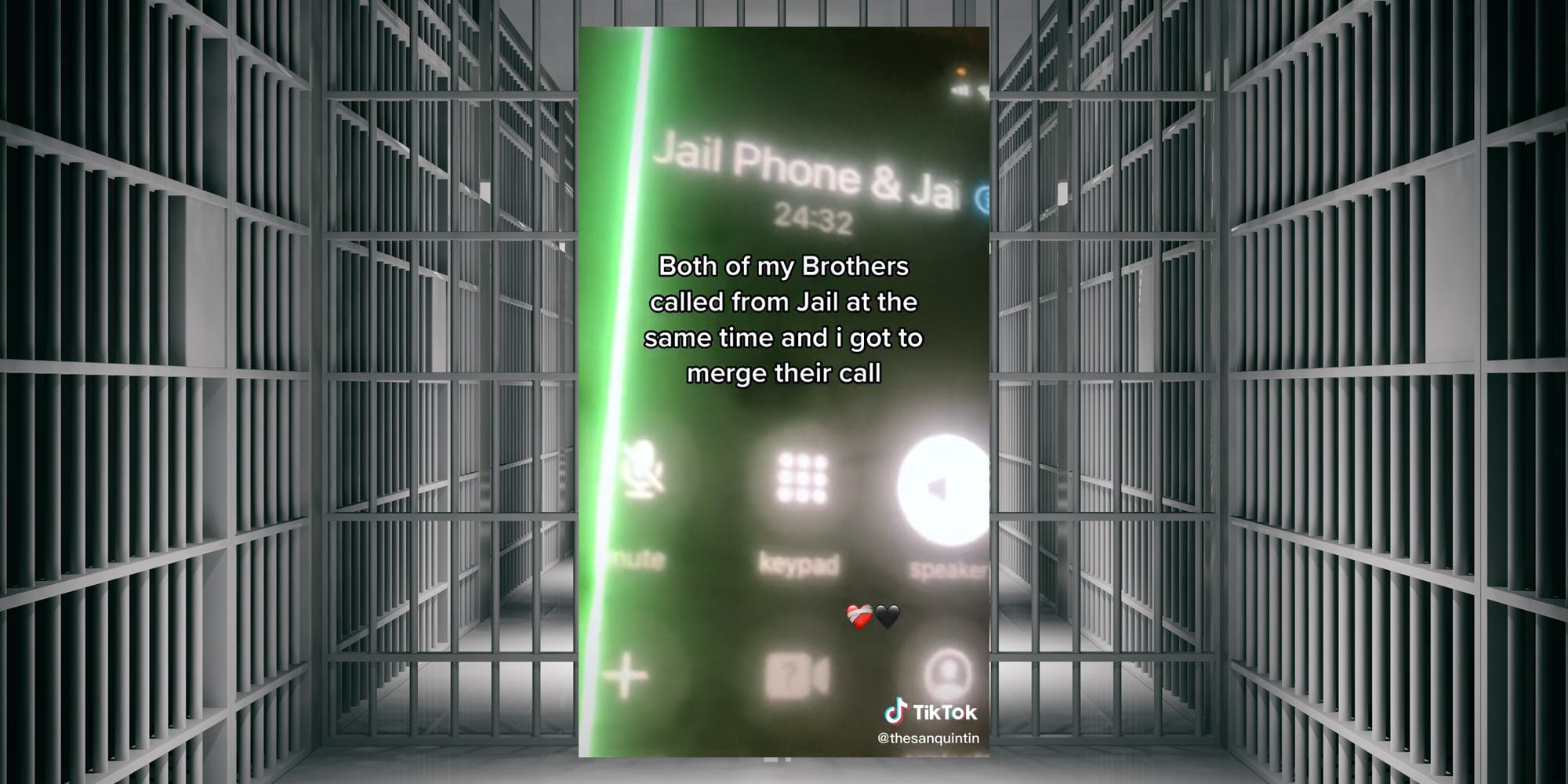 A TikTok posted on Wednesday by @thesanquintin shows a three-way phone call between the TikToker and his two brothers, who are both incarcerated.

“Both of my brothers called from jail at the same time and I got to merge their call,” @thesanquintin wrote in the video’s overlay text.

In the TikTok, one of @thesanquintin’s brothers is heard saying, “Did it work?” When the brothers hear each other’s voices, they’re so excited to be connected.

Three-way calls, also known as merged calls, are common ways that inmates can speak to people not on their call list. According to New Scientist, a machine-learning system developed in London used by a Midwest jail in the U.S. that listened in on prison phone calls detected that the word “three-way” was one of the “most common non-trivial words or phrases used” in phone calls from inmates.

@thesanquintin told the Daily Dot in an Instagram direct message that “merging calls [with] inmates isn’t something that can work all the time.”

Three-way calls are prohibited by the Department of Corrections in some states and discouraged by InmateAid, an organization that helps inmates stay in touch with their loved ones.

“Their is software detection on the lines by the carriers that are set to catch the 3-way calls,” InmateAid states, referencing the systems talked about by New Scientist. “Inmates seem to always get caught, and the penalties can be pretty harsh.”

The TikToker said that he assumed that he could be penalized for connecting the calls, in addition to his brothers.

“If they catch it during the call they might act on it and penalize the inmates with restrictions,” he said.

But he said that talking with his brothers at the same time was “the best feeling.”

“I’m used to talking with them separately and they’re used to not talking to each other at all,” he said. “It felt just like the times we used to be around each other when they were in the free world.”

@thesanquintin also said he records all his calls with his brothers “to keep as memories.”

Commenters on @thesanquintin’s video said they could hear the love in all three brothers’ voices.

“The reactions are everything,” wrote @rileycantreid34.

“This makes me smile,” commented @rxainnnn.

Some commented on the legality of merging the calls.

“You can’t do third party calls,” commented @badboysavage69. “If it’s detected the call will end.”

@thesanquintin responded saying that he was able to give his brothers “20 mins of call they’ll never get back.”

“When you talk to any loved one that’s incarcerated it feels like you’re right next to them,” he told the Daily Dot.

The post ‘Both of my brothers called from jail at the same time and I got to merge their call’: TikToker connects his incarcerated brothers through 3-way call in viral video appeared first on The Daily Dot.

Netflix horror series ‘Archive 81’ is an eerie twist on the found footage genre
This week on the internet: ‘We drank each other’s blood’
Advertisement