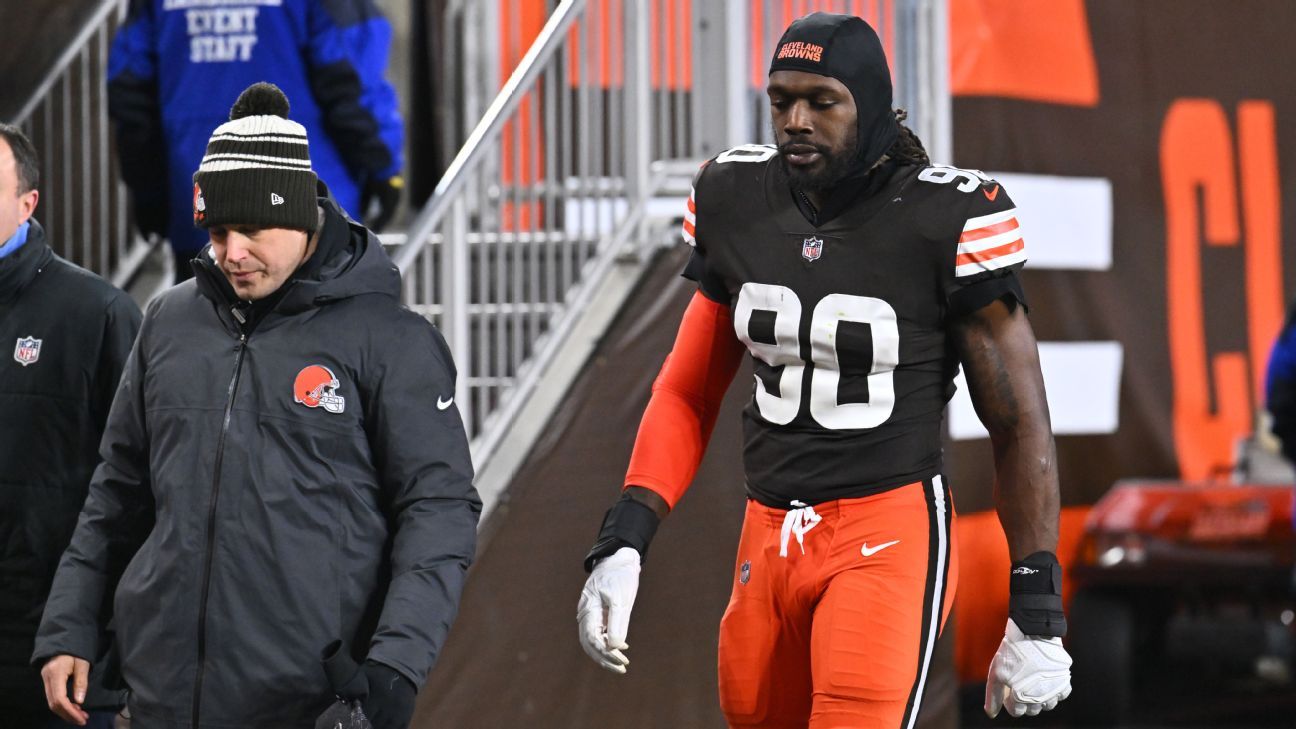 CLEVELAND — Cleveland Browns defensive end Jadeveon Clowney has been ruled out of Saturday’s game against the Baltimore Ravens with a head injury.

Clowney left the game for the locker room in the first half and was declared out early in the third quarter. Rookie Alex Wright took Clowney’s spot in the Browns’ lineup.

Clowney has two sacks this season.