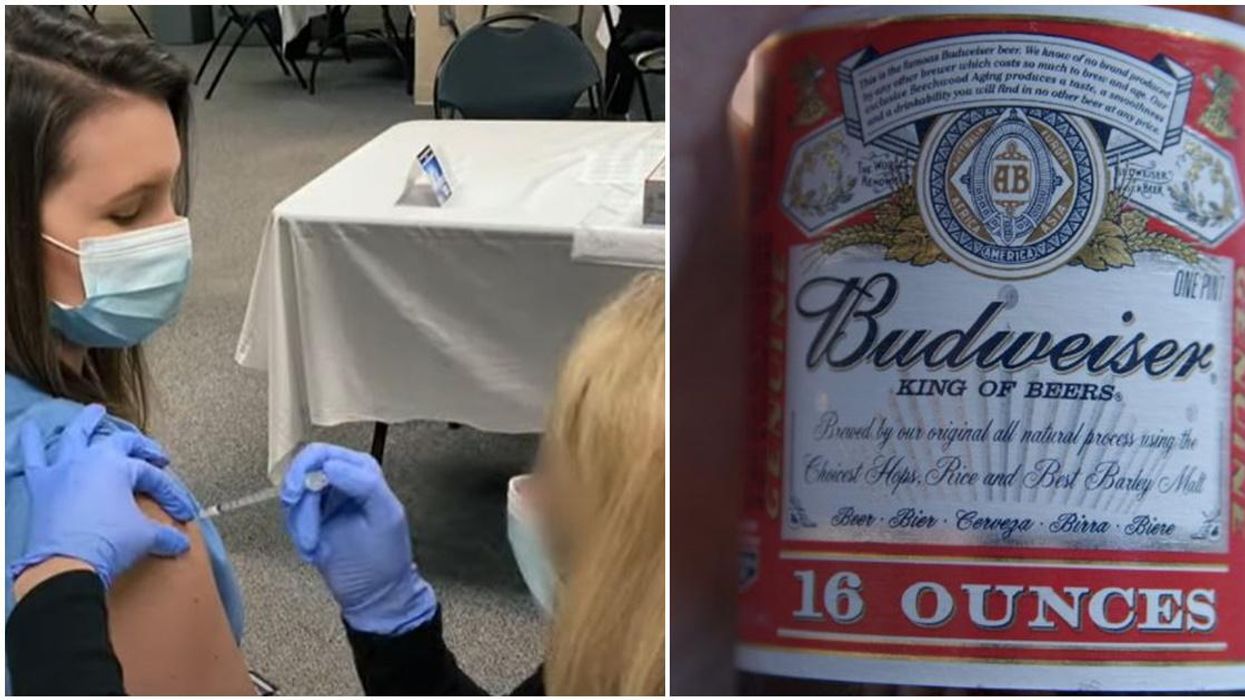 Budweiser beer, and its low-calorie counterpart, Bud Light, have created some of the most memorable Super Bowl commercials of the past 37 years.

There were the Clydesdales playing football and the poor lost puppy who found its way home because of the helpful horses. Then there were the funny frogs who repeated the brand name, “Bud,” “Weis,” “Er.”

We can’t forget the “Wassup?!” ad that premiered in December 1999, spawning the most obnoxious catchphrase of the new millennium.

And who amongst us hasn’t lost a bet on the Bud Bowl?

However, when you turn on the TV on February 7 to watch Tom Brady’s Buccaneers go up against Patrick Mahomes and the Kansas City Chiefs, you won’t find a 30-second TV spot from Budweiser beer.

Instead, the beer’s parent company, Anheuser-Busch InBev, has decided to donate portions of its advertising budget this year to the Ad Council, a nonprofit heading a $50 million campaign to fight back against COVID-19 vaccine skepticism.

The current cost of a 30-second TV ad during the Super Bowl on CBS is roughly $5.5 million.

The decision comes at a time when shares of AB InBev have fallen 14.5% over the past year. Although at-home beer consumption has risen during the pandemic, COVID-19 has drastically reduced the sales of alcohol in bars and at sporting events.

“For the first time in 37 years, Budweiser isn’t airing a commercial during the Super Bowl. Instead, we’re redirecting our advertising dollars to support COVID-19 vaccines awareness and education,” a spokesperson said in a statement. “Working with partners like the Ad Council and COVID Collaborative, we’re helping to safely bring people back together again soon.

Who knew that America’s most iconic beer would one day lead the fight against anti-vaxxers?

In the run-up to the big game, the beer brand has created a 90-second online pro-vaccination ad voiced by “The Office” star Rashida Jones. In the ad, Jones urges viewers to “turn our strength into hope” while “Lean on Me” plays in the background.

Last November, the Ad Council and COVID Collaborative, a coalition of experts in health, education, and the economy, launched the vaccine education campaign

At the time, polls showed that 40% of Americans were not confident in a potential vaccine. That level of vaccine skepticism could seriously endanger any chance of a full recovery.

“Frankly, this is the biggest public health crisis we’ve ever faced, and we don’t have time to waste,” said Lisa Sherman, the group’s chief executive. “We’re working in advance so that once those vaccines are proven to be safe and approved by all the right people, we’re ready to go.”

The Ad Council launched a similar campaign back in the 1950s when it was tasked with encouraging Americans to get vaccinated against polio.

Budweiser isn’t the only Super Bowl regular to pull its ads from this year’s broadcast. PepsiCo and Coca-Cola have said they won’t be running ads during the broadcast. Although Pepsi will be sponsoring the halftime show.