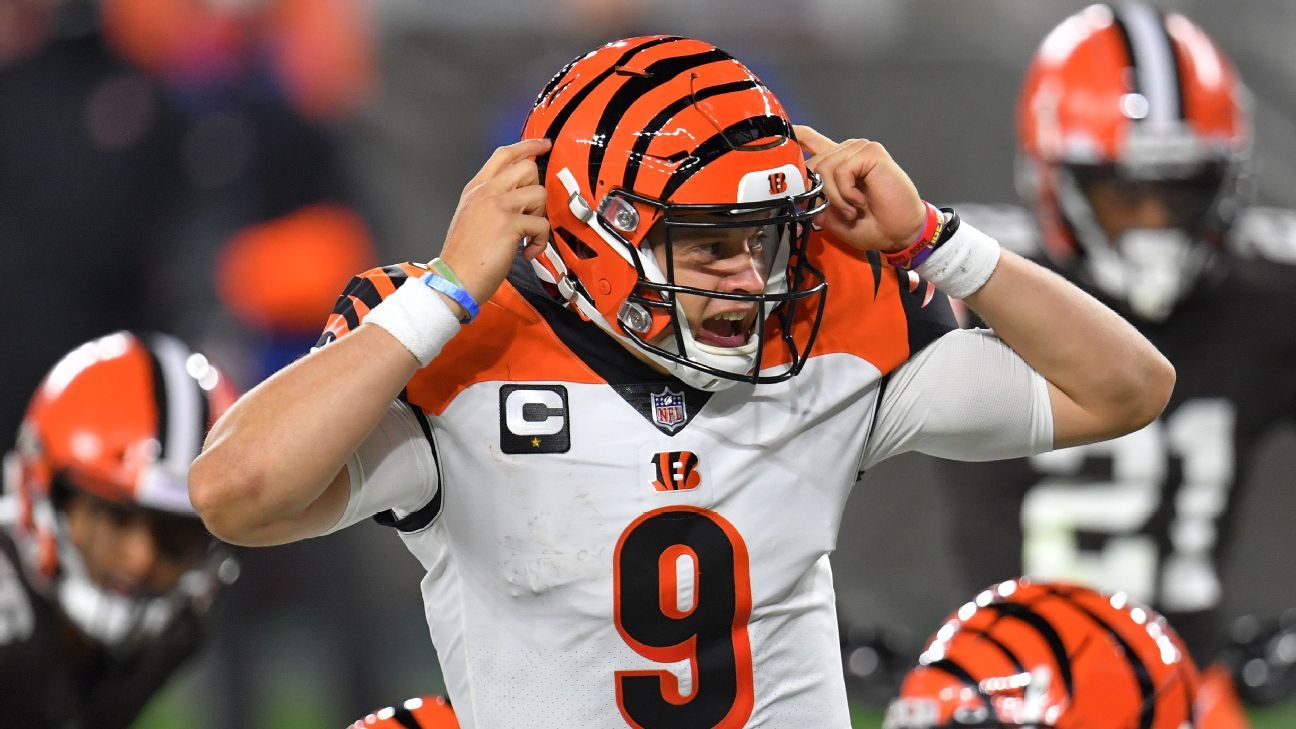 CINCINNATI – Cincinnati Bengals quarterback Joe Burrow didn’t want to overplay his upcoming matchup against one of the greatest quarterbacks of all time when he faces the Tampa Bay Buccaneers and Tom Brady this weekend.

The two players will be facing each other for the first time when Cincinnati (9-4) travels to Raymond James Stadium. While both teams are on opposite sides of the .500 mark, Tampa Bay (6-7) holds first place in the NFC South with the 45-year-old Brady at the helm.

While Burrow might demur on the comparison, the 26-year-old Burrow had plenty of admiration for Brady.

“He gets the ball out really fast,” Burrow said. “He understands what he’s looking at. I think he epitomizes toughness at the quarterback position. And he’s a great leader. I mean, he’s the greatest of all time for a reason. He’s the total package.”

Burrow is in the midst of one of the best stretches of his career. Since Week 6, Burrow is sixth in the NFL in Total QBR, according to ESPN Stats & Information research. He has thrown 18 touchdowns and four interceptions during that span, with all of those picks coming on passes deflected or intercepted by a defensive lineman at the line of scrimmage.

Throughout his career, Burrow has shied away from comparisons to other quarterbacks, including Brady. Cincinnati’s franchise quarterback explained that the reasoning stems from him playing the game his own way.

“I kind of have a little bit of everybody,” Burrow said. “I wouldn’t say there’s one thing I do the best. But I would say that I do everything with the best of them. I wouldn’t say I really have a glaring weakness. I like to be my player, my own person.”

That hasn’t stopped others from linking Burrow with Brady, who has won seven Super Bowls and is a three-time winner of The Associated Press’ Most Valuable Player award.

Bengals center Ted Karras, who played with Brady in New England and is in his first season with the Bengals, says the two quarterbacks share the same sense of competitive drive and a killer instinct.

Karras said each player also does a good job of building a rapport inside the locker room.

“That’s a very big factor in the success in this sport,” Karras said. “They’re both extremely adept at that. Joe has relationships with everybody on this team, probably a little bit more so than Tom just being the same age as a lot of guys. But Tom introduced himself to me when I was a sixth-round pick.”

While chatter around Sunday’s game will revolve around the quarterback battle, Burrow is eyeing a chance for the Bengals to extend their current winning streak to six games, the longest since 2015, and continue building momentum as Cincinnati pushes for another playoff berth.

“Obviously, the greatest quarterback ever is on the other side,” Burrow said. “But we got a job to do, too, and our job is to go and win, get to 10-4 and move on.”