‘Buy one drink and get 2’: TikToker maximizes Starbucks order by getting ice separately, sparking debate – Nogagames 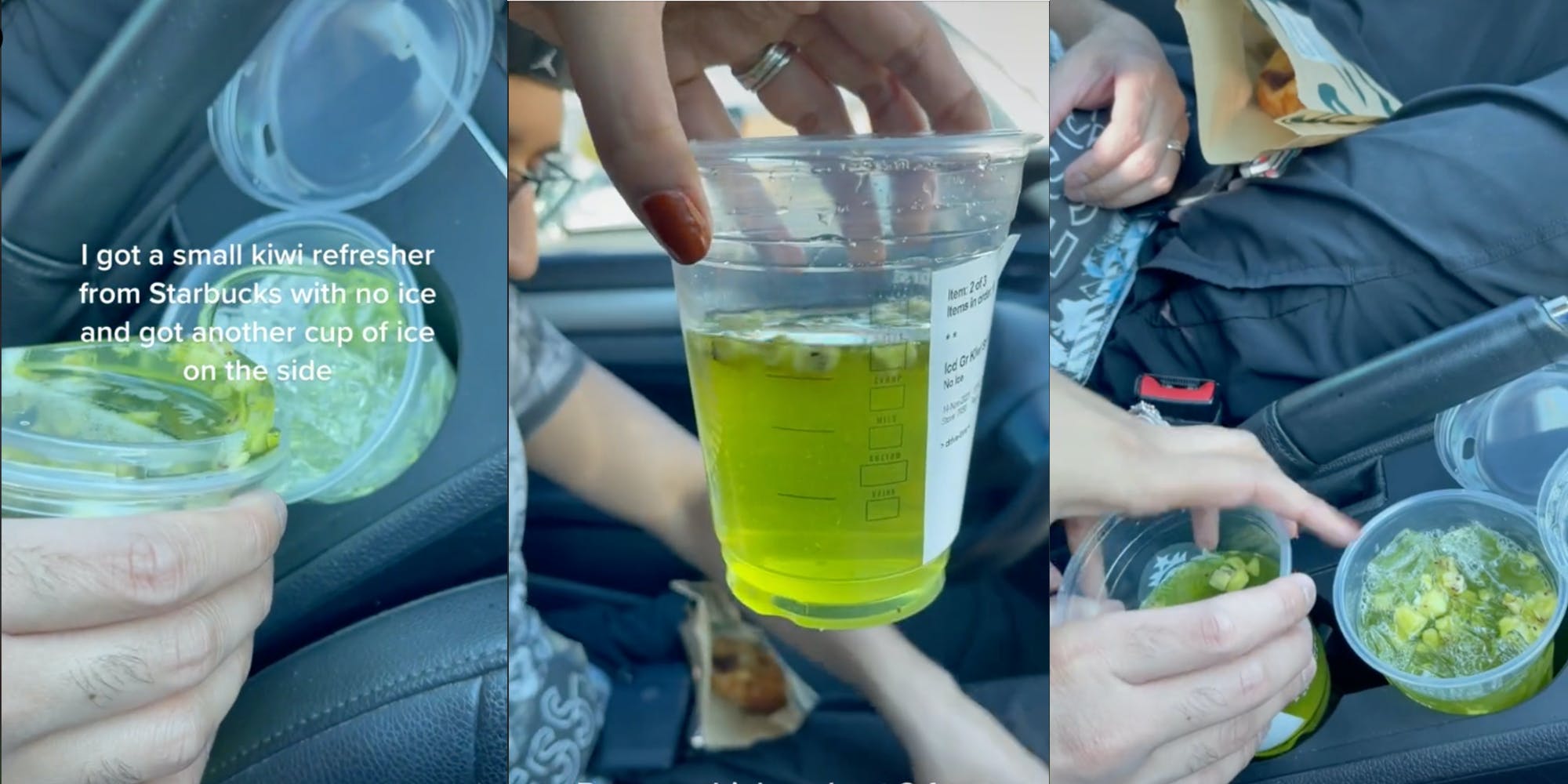 One TikToker recently shared her “hack” for getting two drinks for the price of one at Starbucks.

In the video, posted by user @starlight_1995, she explains that she bought a tall Kiwi Starfruit Refresher with no ice and requested another small cup of ice on the side.

She then proceeds to pour some of the drink into the cup of ice—essentially creating two beverages.

“Buy one drink and get 2 free with no additional charge,” she wrote over the video. Since posting on Nov. 14, the video has been viewed over 478,000 times.

It’s well-known by now that the ice included in any fast food drink takes up space and therefore limits the amount of liquid that can go in the cup. But her “hack” was still praised by a number of TikTokers.

“This is why I stopped buying Starbucks tbh,” said one commenter. “It’s a rip off.”

“If baristas complain that this is ‘too hard’ or it ‘annoys them,’ they shouldn’t be baristas basically,” wrote a second person. “Get that BOGO.”

“Y y’all so mad like bruh imma start doing this I be finishing my trenta in 3 minutes,” said a third.

Other commenters, however, weren’t as impressed with @starlight_1995’s trick. Some claimed that this “hack” is old, while others said she was essentially drinking a watered-down beverage.

“I love when TikTok rediscovers that ice takes up space in cups,” said one of the top comments on the post.

“This tactic doesn’t work at bars either,” said another person. “Just because you ordered no ice doesn’t mean you’re entitled to more drink.”

Alleged Starbucks baristas in the comments informed the TikToker that ordering her drink without ice may affect the quality of the product. They say that the recipe for the refresher is written to account for ice, so the proportions of ingredients may be off.

“ngl it’s not gonna taste the exact same bc we have to eye ball how much lemonade and juice to put in,” one said. “that’s bc we put it in a shaker that tells us how much, & getting it with no ice can kinda mess up how we measure the ingredients. so it’ll be a little different each time. but u do u boo.”

The Daily Dot has reached out to @starlight_1995 via TikTok comment.

The post ‘Buy one drink and get 2’: TikToker maximizes Starbucks order by getting ice separately, sparking debate appeared first on The Daily Dot.

‘This has to be a joke’: TikToker shows stickers, empty dust bag, and more from $825 Chanel advent calendar, sparking outrage
‘It’s literally become a free-for-all’: TikToker says security had ‘given up’ at BTS concert, did not check bags or tickets
Advertisement