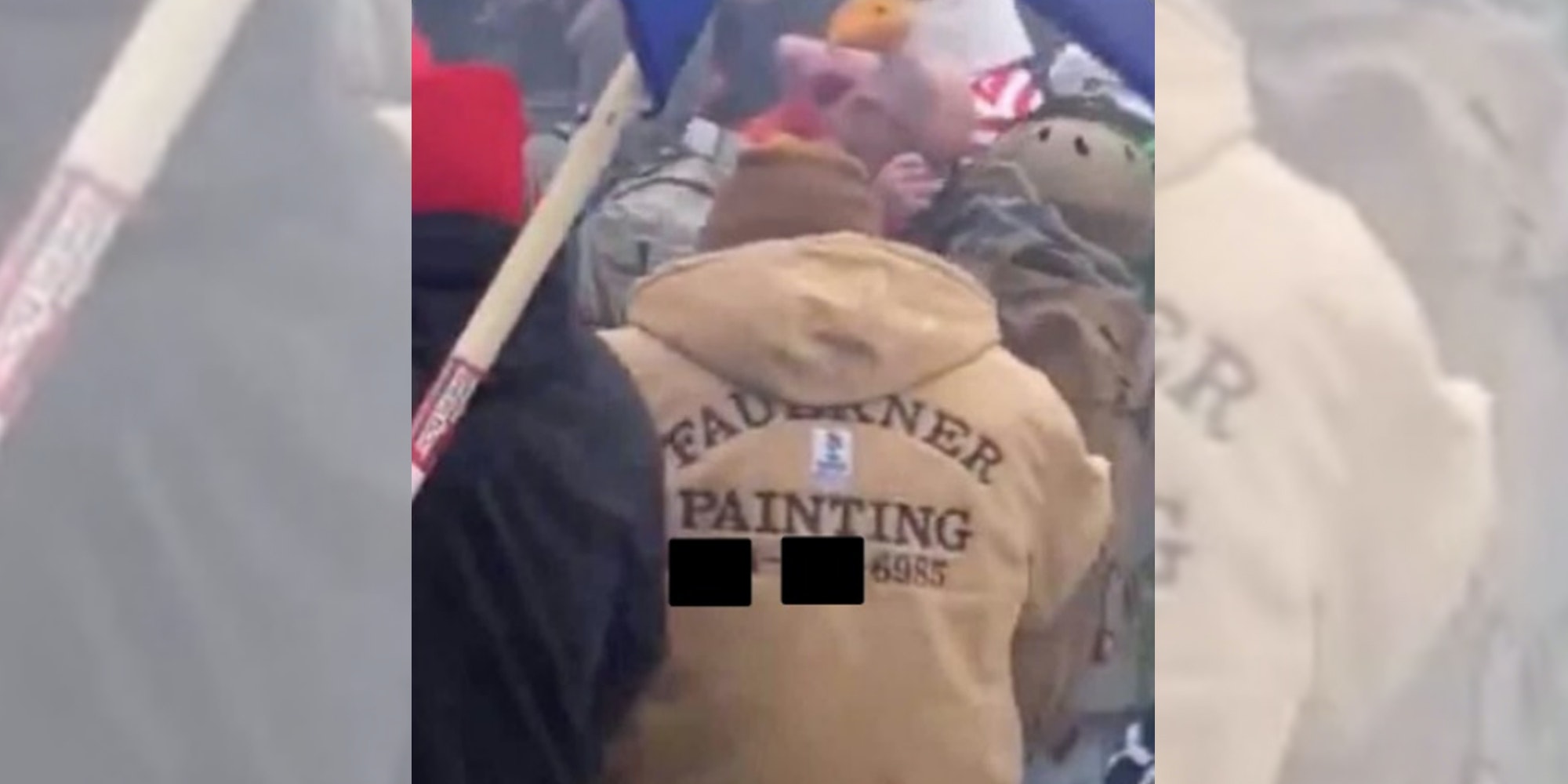 A man who participated in the riots at the U.S. Capitol last month who was filmed wearing a jacket with his company’s name on the back of it is now facing felony charges.

Troy Faulkner, of Ohio, was spotted on video taken from the Capitol riot breaking a window, authorities said. In the video, however, he also can be seen turning his back to the camera showing the name of a company, “Faulkner Painting,” and a telephone number.

In a criminal complaint filed last week, an FBI agent said they were able to confirm that Faulkner owned that business, and that he called a bureau tipline to admit that he was part of the Capitol riot.

“In the video, before jumping up on a ledge to kick in the window, FAULKNER could be seen facing away from the camera with his back turned. On the back of his jacket, there is the name of a company ‘FAULKNER PAINTING’ and the telephone number ‘XXX-XXX6985.’ Your affiant was able to confirm through the Ohio Secretary of State’s website that FAULKNER did own a painting business in his name consistent with the company’s logo on the back of the jacket,” the criminal complaint reads.

When he told the tipline his date of birth and cellphone number, the number matched what was seen on the jacket in the video taken during the riot, the criminal complaint notes.

The FBI agent noted that they were able to match the logo from the business to logos appearing on Faulkner’s Facebook page.

In the criminal complaint, the FBI attached a screenshot from social media where someone showed a picture of Faulkner at the riot, captioning it: “Jeez man, you wore your company jacket into the middle of the insurrection?” In another attached screenshot from Twitter, it shows Faulkner kicking the window at the Capitol.

Faulkner is charged with destruction of government property, obstruction of an official proceeding, knowingly entering or remaining in a restricted building without lawful authority, and violent entry or disorderly conduct on the Capitol grounds, according to the Columbus Dispatch.

The post Capitol rioter arrested after Twitter users spotted him wearing jacket of company he owned appeared first on The Daily Dot.