Capitol rioters sprint away from reporters’ questions after being arraigned – Nogagames 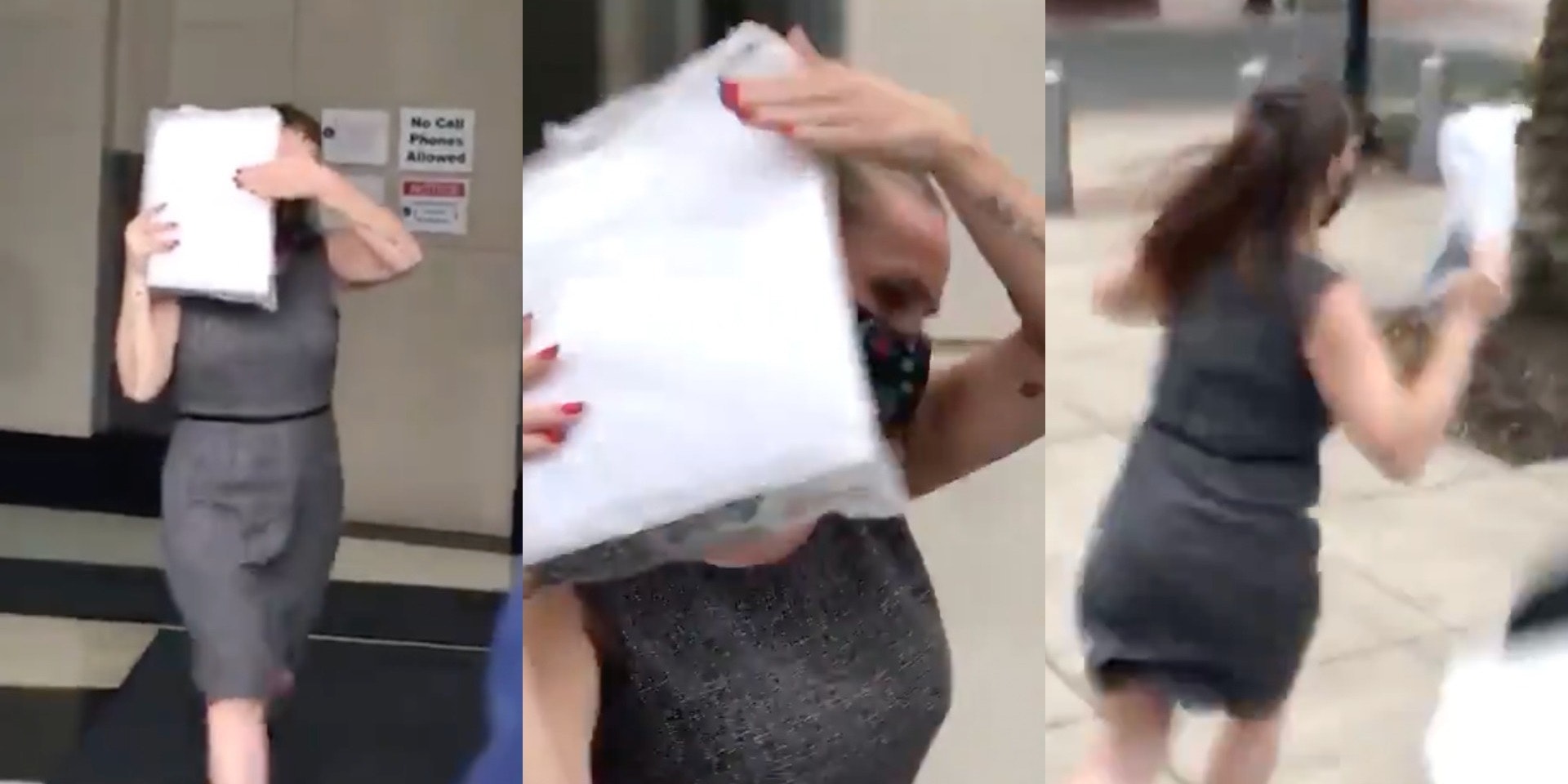 Some Capitol rioters talked a big game online and in-person as they prepared to storm the Washington, D.C. landmark on Jan. 6. But they were at a loss for words as they sprinted out of a courthouse and away from a reporter yesterday without giving a comment.

Troy Kless, a reporter for Jacksonville, Florida’s First Coast News, shared footage of several Capitol rioters high-tailing it from reporters who asked them about their involvement in the armed insurrection. Kless’ hilarious videos earned tens of thousands of views on Twitter and made their way to the r/PublicFreakout subreddit, where one has received an astounding 87,000 upvotes at the time of this writing.

The most popular video of the bunch features Rachael Pert, who allegedly drove to D.C. to take part in the riot with her boyfriend, Dana Joe Winn, First Coast News reports. The couple turned themselves in to the FBI on Tuesday and had their first hearing before a federal judge.

Pert and Winn each face charges of unlawful entry on restricted building or grounds, and violent entry and disorderly conduct on Capitol grounds. The former charge is especially serious, carrying a hefty penalty of $100,000 and up to a year in prison.

But Pert and Winn didn’t want to discuss that with Kless.

In Kless’ video, he and other reporters swarm Pert as she exits the courthouse. When asked if she has any comments or regrets, she says, “No comment.”

“What would you say to the families of the five people who died?” one reporter asks Pert. At this point, she kicks it into high gear and sprints across the sidewalk—in heels!—as reporters pursue her.

Winn displayed impressive cardiovascular health as well, dashing across an intersection as reporters breathlessly asked him how he felt about facing federal charges.

In another video, Winn and Pert both shield their faces with bags as reporters pepper them with questions about President Joe Biden’s election, whether they regret boasting about their Capitol riot plans in a Facebook video, and whether they would do it again.

As before, the couple gives no response.

Viewers on social media relished the schadenfreude of seeing the two insurrectionists in such a pitiable state.

“This is amazing entertainment,” @DrowningJax tweeted. “I know…I’m a bad person…”

“The question I wished had been asked, ‘Any reason you are running out of a federal building now when you were comfortable running into one on January 6th?’” @mxgriffi wrote.

The post Capitol rioters sprint away from reporters’ questions after being arraigned appeared first on The Daily Dot.