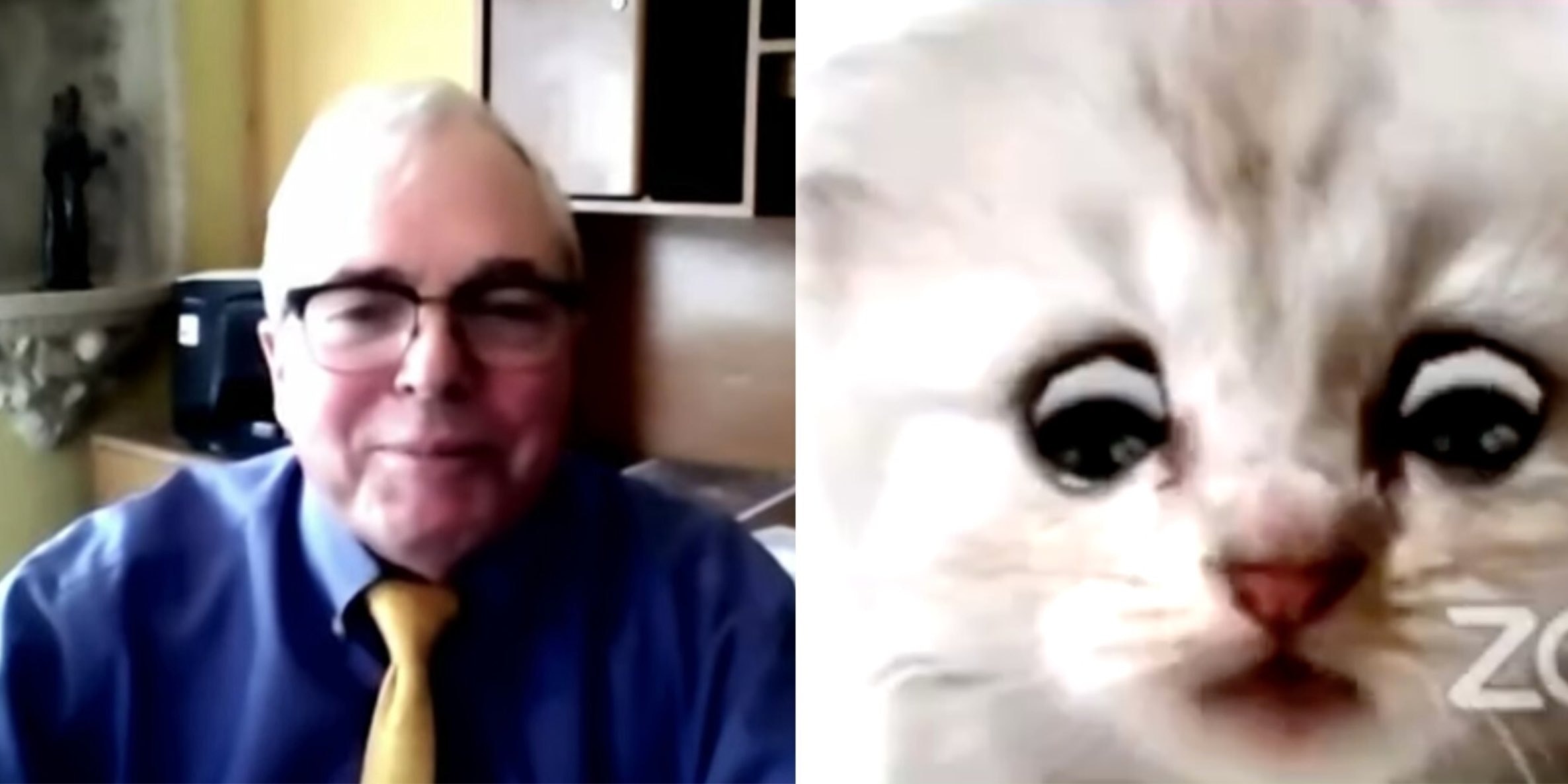 It was bound to happen. The internet came together in a rare show of unison to praise a video that brought everyone joy and now reality has come crashing in.

If you happened to have an active internet connection on Tuesday, you almost certainly came across the mega-viral cat lawyer video. Racking up more than 28.5 million views on just one Twitter video alone, the footage showed a pandemic-weary lawyer struggling to turn off a cat filter during a court hearing over Zoom.

Rod Ponton, the now-famous attorney from the clip, made it a point to stress that he wasn’t in fact a cat and was instead a human. While quite humorous, Ponton likely wishes he was a cat now that a light has been shone on his human fallibility.

In a lengthy Twitter thread from columnist Anthony Fischer, Ponton is accused of harassing a former lover in an egregious abuse of power that no feline would dare partake in.

Specifically, Fischer suggests that Ponton helped orchestrate a militarized police raid on a small Texas college town’s head shop years back. The shop, which sold everything from incense to bongs, was run by a woman who reportedly drew the ire of Ponton.

“Ponton was briefly sexually involved with the woman who ran the head shop. (He denies this.),” Fischer said. “During his time as DA, local and federal cops repeatedly tried to bust her for selling illegal synthetic marijuana (they never found any).”

But these series of events, changing Ponton from beloved cat lawyer to sinister predator, are entirely unsurprising. In fact, as soon as the cat lawyer video began going viral, numerous users predicted exactly what would happen.

In reality, the vast majority of people who saw the video are almost certainly unaware of Ponton’s alleged past. And they probably don’t care either. Millions are looking for any momentary reprieve from the constant COVID chaos, and lawyer cat, as shady as he may be, did just that.

The post Cat lawyer’s past has already come back to haunt him appeared first on The Daily Dot.

‘This is not a heartwarming story’: Student spends entire college savings to help mom pay rent
Pedro Pascal supports his sister Lux after she comes out as transgender
Advertisement