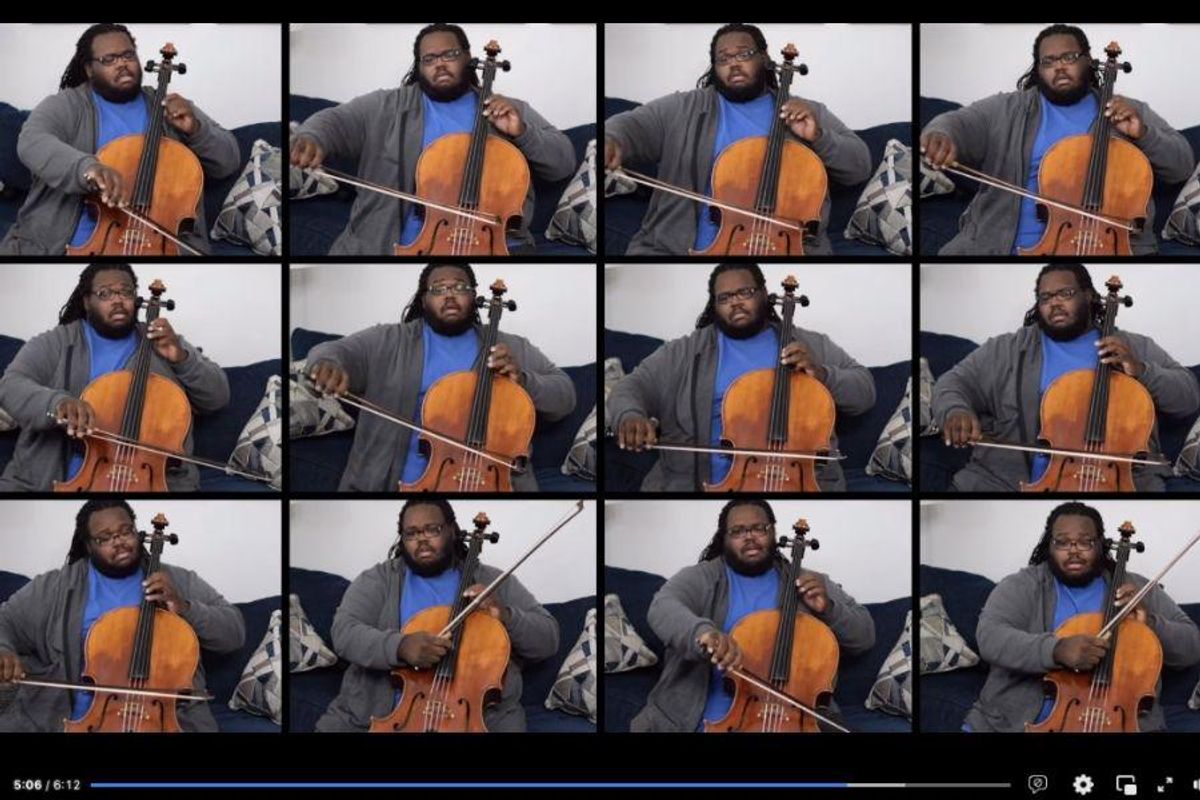 Music might be the closest thing the world has to real magic. Music has the ability to transform any atmosphere in seconds, simply with the sounds of a few notes. It can be simple—one instrument playing single notes like raindrops—or a complex symphony of melodies and harmonies, swirling and crashing like waves from dozens of instruments. Certain rhythms can make us spontaneously dance and certain chord progressions can make us cry.

Music is an art, a science, a language and a decidedly human endeavor. People have made music throughout history, in every culture on every continent. Over time, people have perfected the crafting of instruments and passed along the knowledge of how to play them, so every time we see someone playing music, we’re seeing the history of humanity culminated in their craft. It’s truly an amazing thing.

Cellist Cremaine Booker, who is also known as That Cello Guy, recently shared such a performance and it’s absolutely stunning.

“Finally got around to doing this piece,” he wrote in the video caption. “Faure’s Pavane is soooo gorgeous. This version for 12 Cellos (yes, TWELVE) was such a huge undertaking, but I made it happen (whew!). Doing tempo changes with 12 parts Is NOT easy, but I’m proud of how it turned out. I hope you enjoy.”

Getting the timing just right for 12 parts truly is a huge undertaking, but Booker nailed it. So powerful.

Fauré’s “Pavane” was originally a piano piece and was based on a traditional Spanish court dance. Fauré composed the orchestral version of the song in 1887.

Thank you, Mr. Booker, for sharing your wonderful performance and magical gift with the world.

Chatty animals get ‘interviewed’ with a teeny tiny microphone, and boy is it entertaining
Master bassist covers ‘Barbie Girl’ in the slickest, coolest way
Advertisement