Chatty animals get ‘interviewed’ with a teeny tiny microphone, and boy is it entertaining – Nogagames 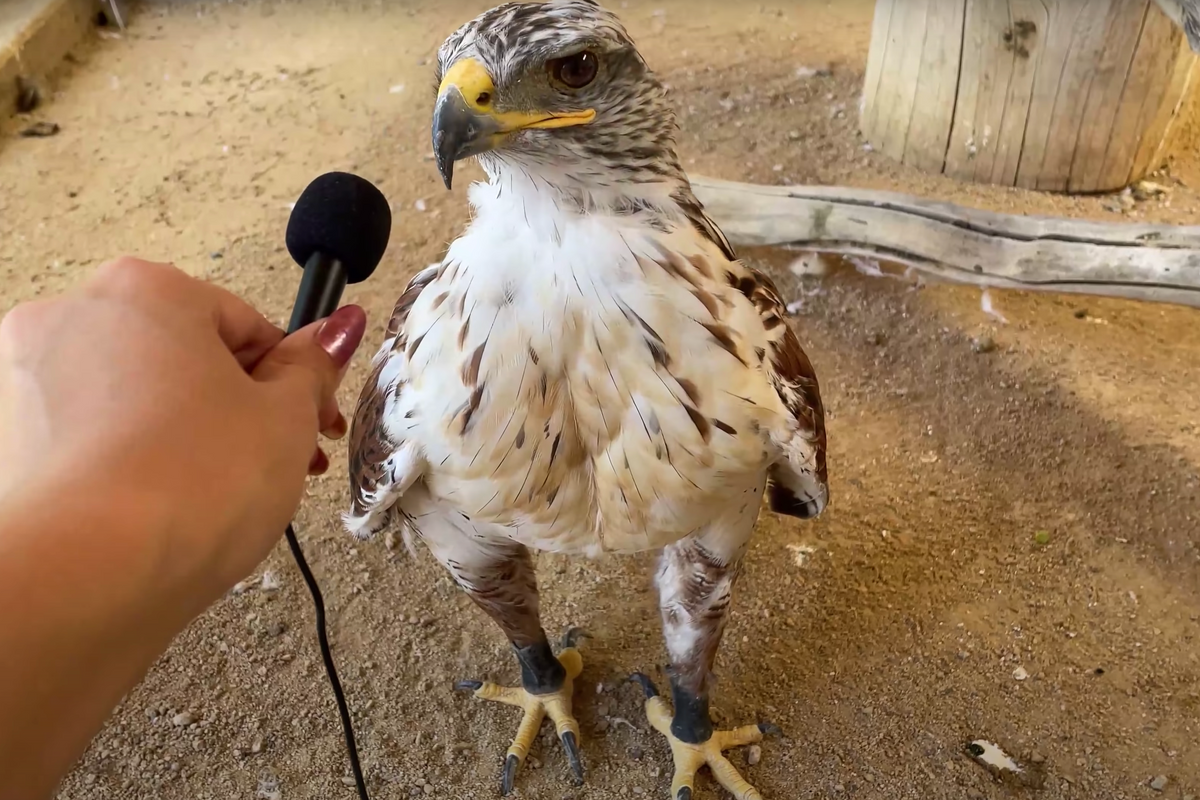 Ever wonder what an ideal date for a lemur would be? Or a lizard’s favorite Disney princess?

Thanks to one YouTube poster with a passion for animals and an endearing sense of humor, all questions shall be answered. Well, maybe not all questions. But at the very least, you’ll have eight minutes of insanely cute footage.

In a series titled “Tiny Mic Interviews,” Maya Higa approaches little beasties with a microphone so small she has to hold it with just her thumb and forefinger. And yes, 99% of the animals try to eat it.

There’s Ginger, the pig with a lot of stored up resentment toward the big bad wolf. She ain’t afraid to talk about it, either. Or so her passionate snorts would indicate.

Then there’s Brazilian porcupine Boris (at least, I think that’s what Boris is after Googling, I’m no zoologist), who is asked to name his favorite food. For the record, it’s corn. And no, you may not touch his snoot.

Godzilla, the itsy bitsy turtle that fits into one hand, gets asked, ironically, “what’s it like being land’s fastest animal?” Though Godzilla remains stoically silent, an image of super cool speedster sunglasses gets superimposed onto his face, along with the words “I am speed.”

The best part to me is a bird, aptly named Giggles, gloriously laughing at a cheesy joke. In fact, here’s a nod to all the birds with impeccable names in this video.

Mordecai, Costello, Bartholomew (these include stars from Higa’s first interview) … I’m looking at you.

Though these critters provide some top notch entertainment, there’s plenty of valuable information being thrown into the mix as well.

All the exotic “interviewees” are part of Zoo To You Conservation Ambassadors, a permitted facility in California, Higa informs her viewers. Rescued or surrendered from the illegal pet trade, or permanently injured, these animals receive permanent care and become a part of Zoo To You’s education program. Pretty sweet gig, right?

Higa herself is a wildlife rehabilitator, falconer and streamer who focuses a lot of her content on conservation. Though her online persona veers toward the upbeat and positive, she isn’t afraid to shed light on some darker facts around certain threats many species face.

“The natural world that these animals come from is being absolutely decimated,” Higa states in another video. “The UN estimates that over one million plant and animal species face extinction today. Pollution, habitat loss, climate change, the wildlife trade, exploitation, general human intervention…is causing us to lose species at rates unprecedented in human history. We’re experiencing a mass extinction.”

Wanting to be part of the solution, Higa has founded her own nonprofit organization called Alveus, which, like Zoo To You, acts as an exotic animal sanctuary and virtual education center.

If you’d like to support Higa’s sanctuary, you can do so by donating to donate@alveussanctuary.org via PayPal.

And if you’re already jonesing for more adorable “Tiny Mic Interviews,” you’re in luck! You can find even more on Maya’s YouTube channel here.