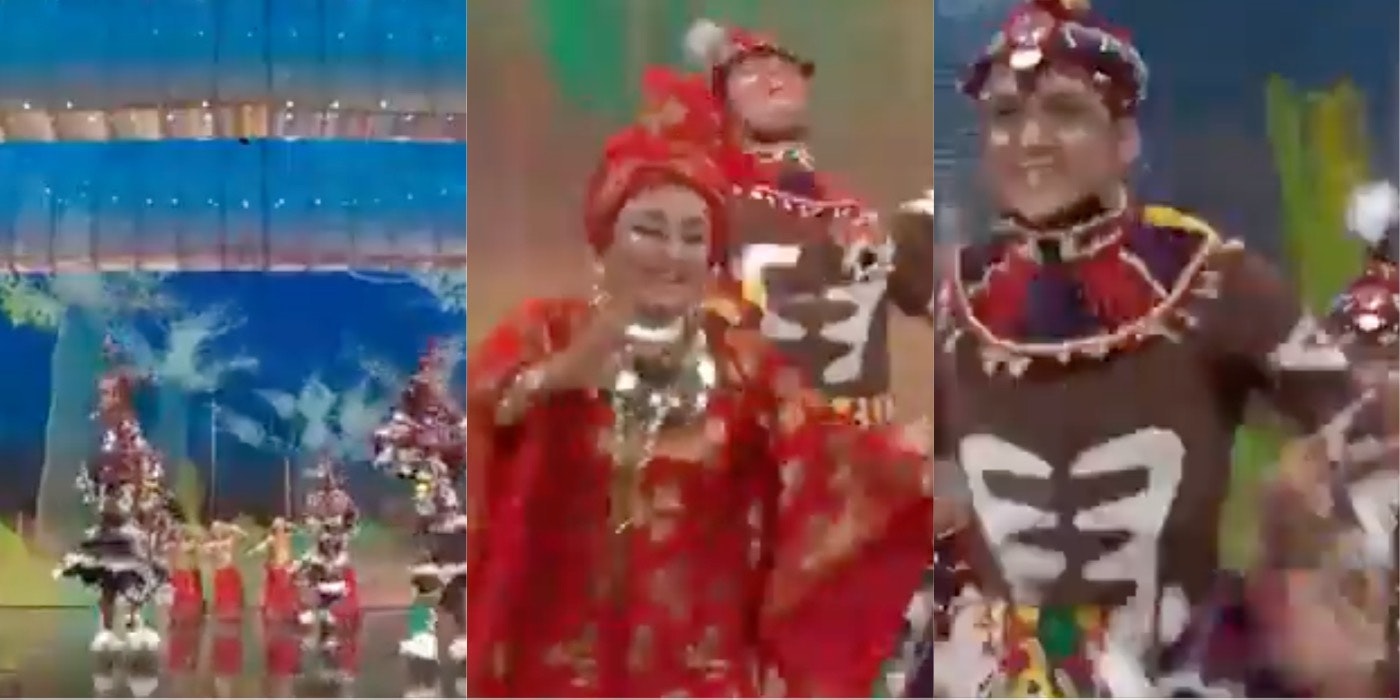 Chinese state TV incorporated dancers in blackface mimicking Africans during a broadcast welcoming the lunar “Year of the Ox” celebration on Friday, despite previous criticisms and accusations of racism.

According to an NBC News report, the “African Song and Dance” portion came at the front end of the five-hour Spring Festival Gala, or “Chunwan,” one of the most widely viewed TV programs. The production included Chinese dancers in African costumes and blackface makeup.

“They did it again” @olander tweeted. “For the second time, the producers of CCTV’s hugely popular Spring Gala TV show featured Chinese performers in black face meant to depict Africans. They just don’t seem to grasp this historical weight of blackface and how truly offensive this is.”

“Blackface once again at the Spring Festival Gala on CCTV – not the first time, and extremely disappointing to see,” wrote Black Lavity China, an organized group of people of African descent living in China. “We cannot stress enough the impact scenes such as these have on African and Afro-diasporic communities living in China.”

Aside from the blackface, African ex-pats and residents in China have accused China of broad racism, which has escalated during the COVID-19 pandemic. In another NBC News report, it was also found that propaganda by the Chinese government attempted to counter claims and evidence of racial discrimination.

After press aide suspended for harassment, Biden’s old ‘fire you on the spot’ quote comes back
Alleged rapist posts photos of himself in clown costumes on Facebook
Advertisement