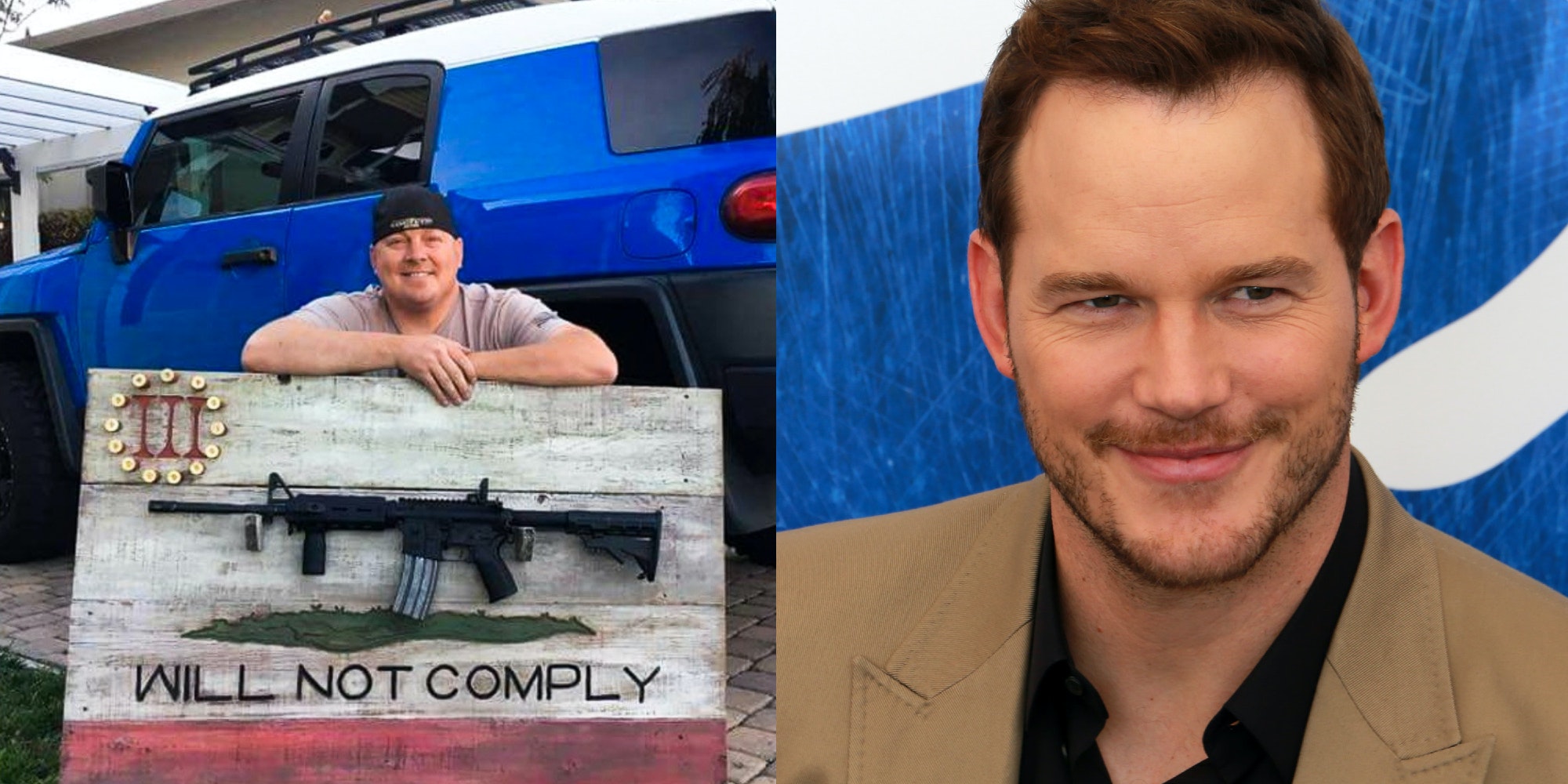 Chris Pratt’s brother briefly joined him in the spotlight this week after a reporter unearthed his links to a far-right militant group.

Daniel “Cully” Pratt, the actor’s older brother and a sheriff’s deputy, is one of several members of California’s Solano County Sheriff’s Office who have expressed support for the Three Percenters, a far-right group of anti-government extremists, Open Vallejo reports.

The Three Percenters have been less active in opposing the federal government over the last four years, given their ardent support of former President Donald Trump, but are likely to see a resurgence under President Joe Biden.

Three Percenters believe they serve to protect the American people against a tyrannical government. The name “Three Percenters” comes from the false claim that only 3% of Americans fought against the British in the Revolutionary War.

Historians say the number was much higher. According to Observer, that figure comes from the “number of pension files and bounty-land warrant applications” at the time, and fails to account for members of the “Continental Army, militia or other units” who didn’t file for those applications.

Evidence of Cully’s ties to the Three Percenters—also called “3%ers, III%ers, and Threepers,” according to the Anti Defamation League—can be seen on the art he creates through his wood carving business. A deleted Instagram post from 2016 shows him posing with a rifle rack he made for his Solano County colleague, Sgt. Roy Stockton. The rack includes the Three Percenters symbol and the words “WILL NOT COMPLY.”

The Three Percenters don’t have the name recognition of, say, the Proud Boys, but they are still a formidable presence. A breakdown from the Southern Poverty Law Center shows dozens of groups scattered across the United States that sport a variation of the Three Percenters name.

Branches of the group have been involved in numerous criminal acts “ranging from weapons violations to terrorist plots and attacks,” according to the ADL. One of the people charged with conspiring to kidnap Gov. Gretchen Whitmer (D-Mich.) sported a Three Percenters symbol, and several people in connection to the Jan. 6 Capitol riot were also tied to the group.

Cully’s association with the Three Percenters could be bad news for his famous brother, whose politics have been frequently questioned and criticized. Pratt’s connection to an anti-LGBTQ church drew the ire of the internet, as did his absence from an Avengers-centric fundraiser for Vice President Kamala Harris last October. Last week, a fake tweet screenshot of Pratt using a racist slur went viral, causing the hashtag #ripchrispratt to trend.

Pratt has also sported his own questionable symbols in the past, infuriating many social media users when he was spotted wearing a Gadsden flag shirt in 2019.

News of Cully Pratt’s extremist ties gives additional fodder to Chris’ detractors, and it could be the final straw for fans who were already on the fence about the star.

At the very least, it will likely reinforce Pratt’s status as the worst Chris in Hollywood.