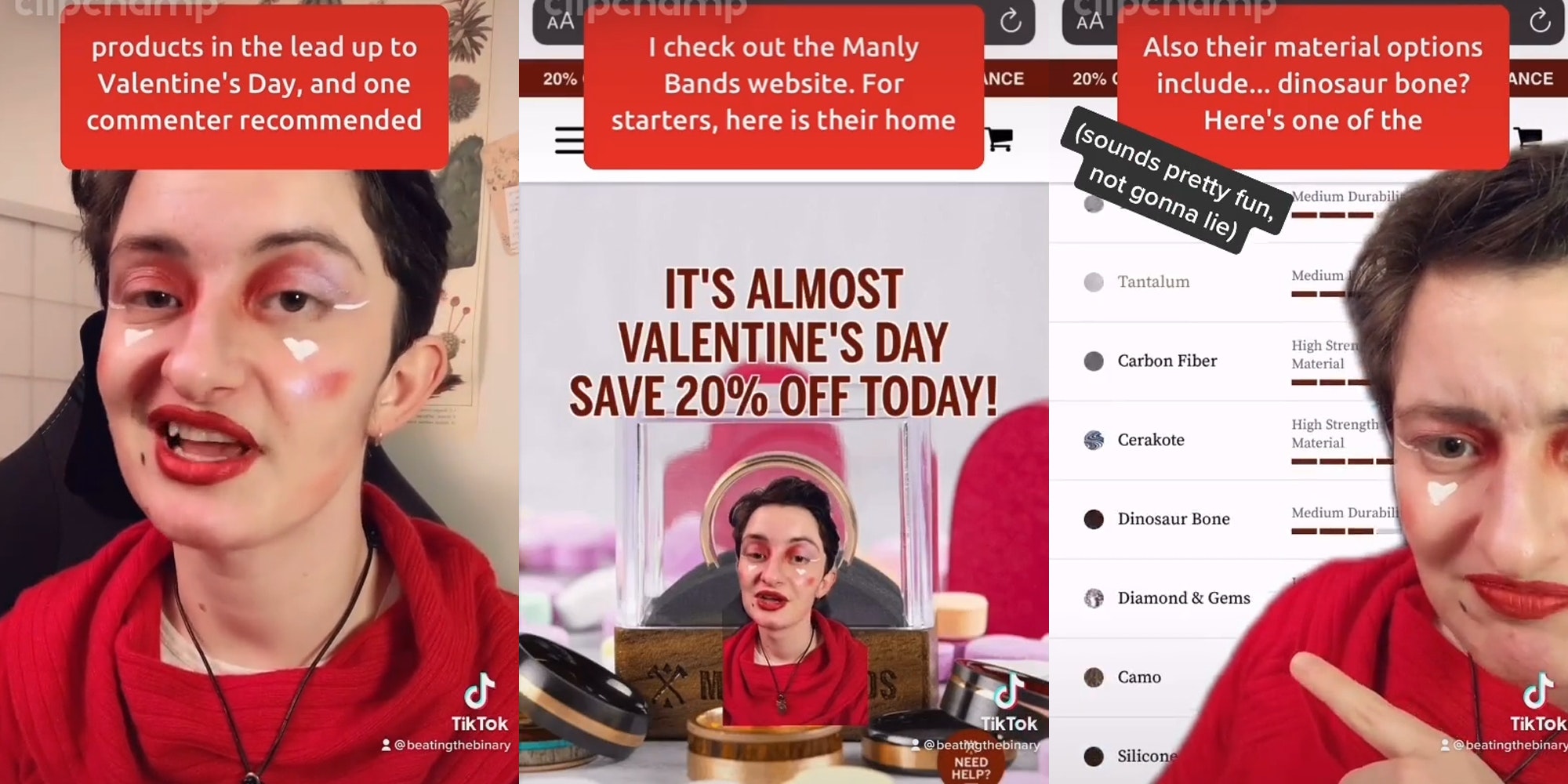 Strange, aggressively gendered clothing and home decor feature prominently online these days. From horrifyingly explicit pregnant couples T-shirts to the bizarre tendency to assign things as neutral as coffee and beaches to different sides of the gender binary, we’ve all found ourselves wondering what exactly the hell is going on here.

Now, one brave non-binary TikToker has decided to try and answer those questions for us. Classifying all of these strange, unnecessarily gendered, and surprisingly angry products as CisCore, Moss (they/them) takes us on a TikTok journey that’s half-catalog and half-analysis of the weirder aesthetics of cisheteronormativity, the misguided notion that heterosexuality is a default and preferred human setting.

Beginning with wine mom culture, and its connection to the way that everyone, but especially mothers, is horrifically overworked under our current system, Moss then branched out. Moss then came for hustle culture and its pink-themed corollary, girl boss culture. As in, work yourself to death in appropriately gendered colors, baby!

Then they covered man caves and the bizarre and frankly alarming decor trend for them. Signage expressing a general hatred for women, especially wives, and a desire to do serious bodily harm to anyone going inside uninvited? Hang that right up on the wall.

There are some lighter episodes, such as the time Moss decided to explore the deep and abiding love of chickens found all over these kinds of products (and roosters for the guys, naturally).

As well as a recent, multi-episode special dedicated to Valentine’s Day merchandise.

Moss has even inspired other Ciscore anthropologists, delving into the depths of the cisheteronormativity to share the weirdest things they can find.

The post CisCore TikTok exposes all the heteronormative weirdness of white American design appeared first on The Daily Dot.