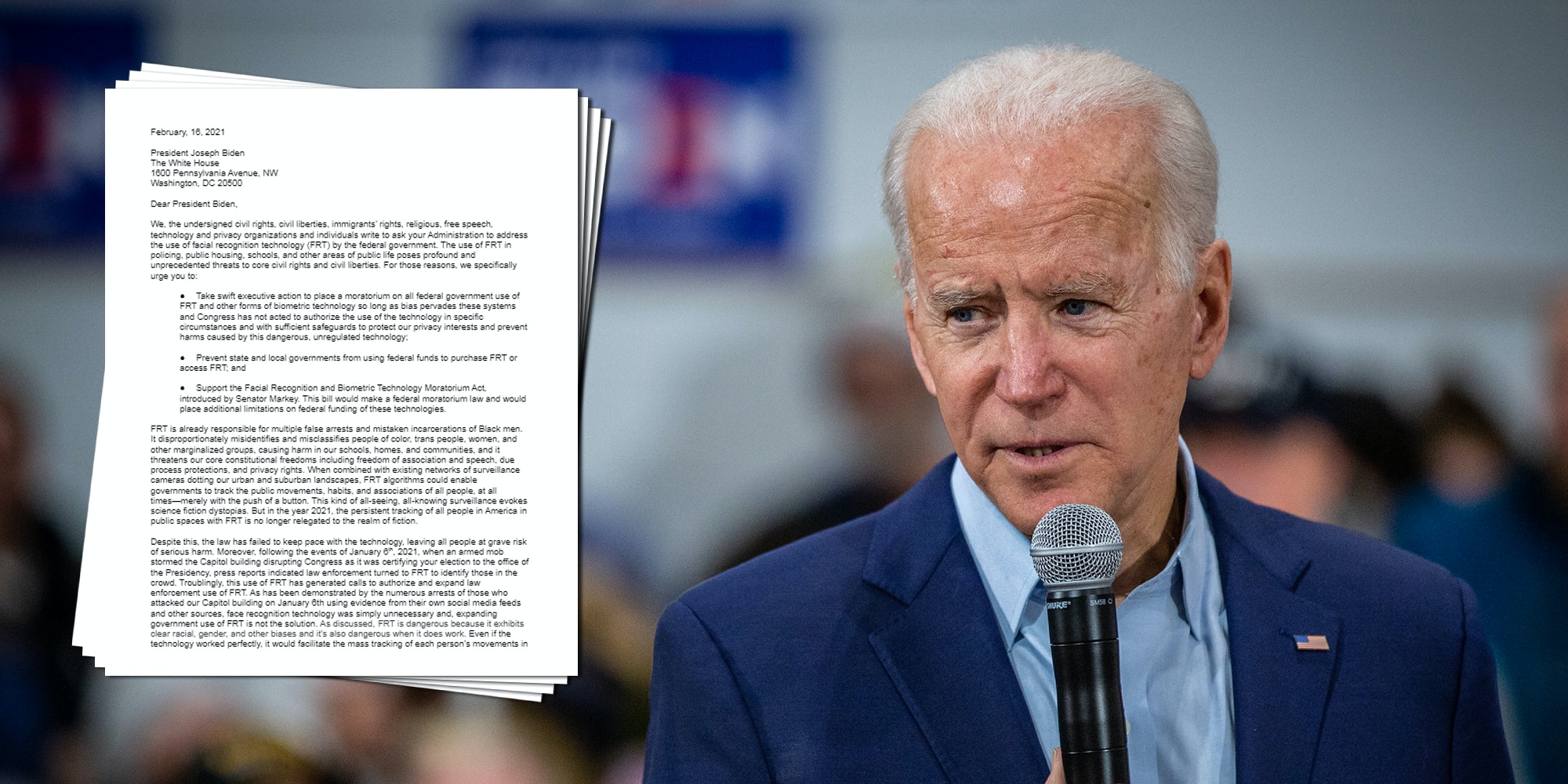 President Joe Biden is facing pressure from a coalition of civil rights, privacy, and tech advocacy groups to use executive action to halt the use of facial recognition technology by the government.

More than 35 groups—including the ACLU, Electronic Frontier Foundation, Amnesty International, the Surveillance Technology Oversight Project, and others—signed onto an open letter that urges the president to place a moratorium on government use of the technology and support a bill in Congress that would do the same.

Facial recognition technology’s use by government, and in particular police, has long been criticized by advocacy groups because the technology has been shown to have a racial bias.

The technology received even more scrutiny last summer amid protests against police brutality and racism across the country. Several cities, including San Francisco, Oakland, Portland, and most recently Minneapolis, have banned the use of the technology by their governments.

“The use of [facial recognition technology] in policing, public housing, schools, and other areas of public life poses profound and unprecedented threats to core civil rights and civil liberties,” the letter reads, adding: “[Facial recognition technology] is already responsible for multiple false arrests and mistaken incarcerations of Black men. It disproportionately misidentifies and misclassifies people of color, trans people, women, and other marginalized groups, causing harm in our schools, homes, and communities, and it threatens our core constitutional freedoms including freedom of association and speech, due process protections, and privacy rights.”

The letter specifically calls on Biden to take executive action to stop federal government use of the technology and other biometric technology “so long as bias pervades these systems” and Congress hasn’t passed a law that outlines where the technology can be used in certain circumstances with “sufficient safeguards” that protect privacy.

The bill would ban government use of biometric information, including facial recognition, for an extended moratorium that could only be lifted by an act of Congress.

The post Civil rights groups want Biden to halt government use of facial recognition appeared first on The Daily Dot.