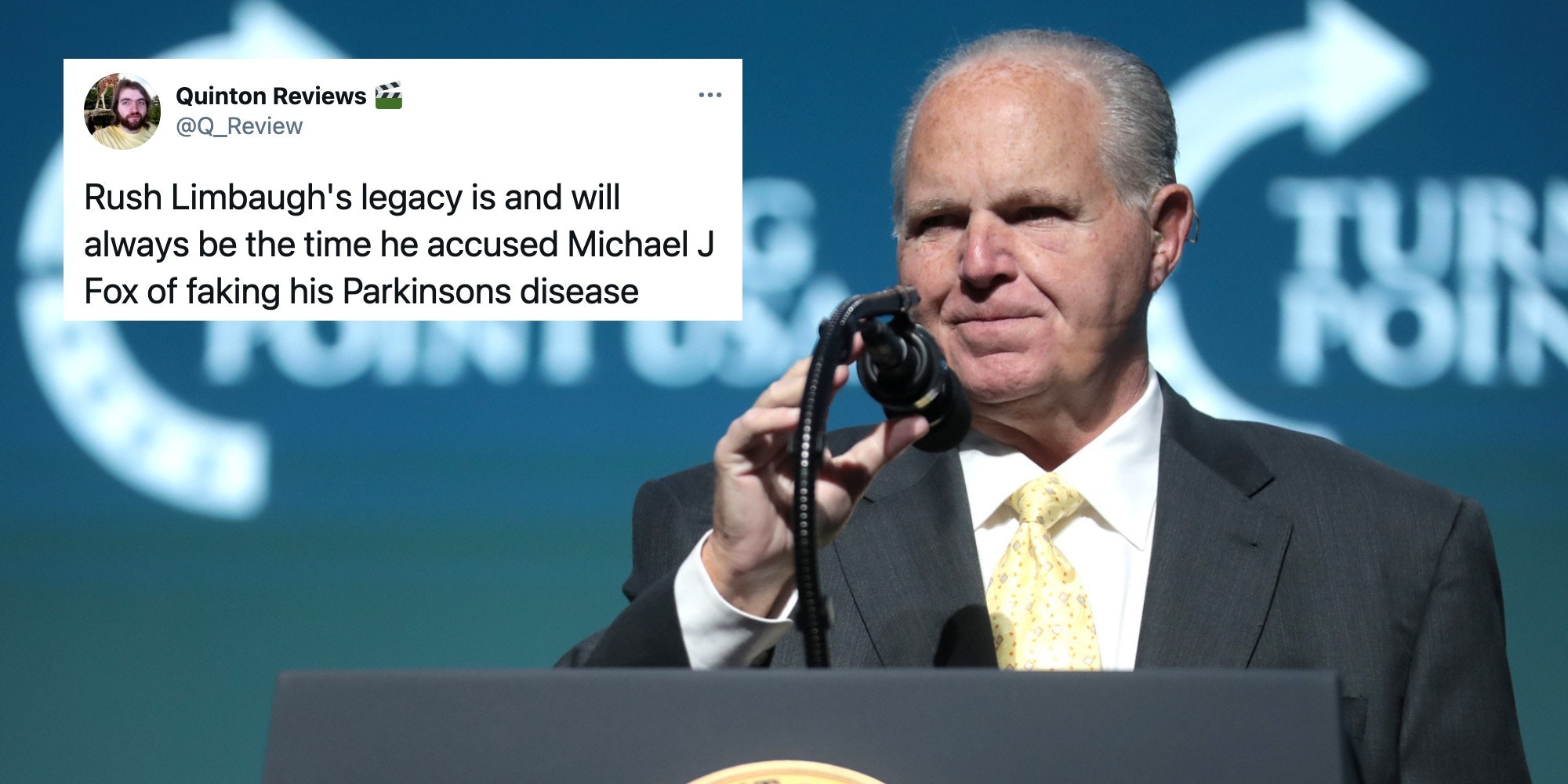 Limbaugh, a prominent conservative whose radio show ran for more than 33 years, died at the age of 70 following a recent lung cancer diagnosis.

News of Limbaugh’s passing was met with mixed emotions online from those who both loved and loathed the controversial figure.

One of Limbaugh’s most shocking moments came in 2006 when he accused Fox, an actor with Parkinson’s Disease best known for his role in the Back to the Future franchise, of exaggerating his symptoms.

Limbaugh had been commenting on a 30-second advertisement Fox had filmed for former Democratic Sen. Claire McCaskill, who, like Fox, supported research into stem cell therapy.

“In this commercial he is exaggerating the effects of the disease,” Limbaugh said at the time. “He is moving all around and shaking and it’s purely an act. This is the only time I’ve ever seen Michael J. Fox portray any of the symptoms of the disease he has.”

Limbaugh’s comments immediately stirred outrage, causing the radio host to retract them just hours later. Fox responded to Limbaugh days later during an interview with Katie Couric on CBS News, noting that Limbaugh clearly had no knowledge of the devastating disease.

But the infamous moment, as well as years of other controversies, has led many to openly express indifference to the radio host’s passing.