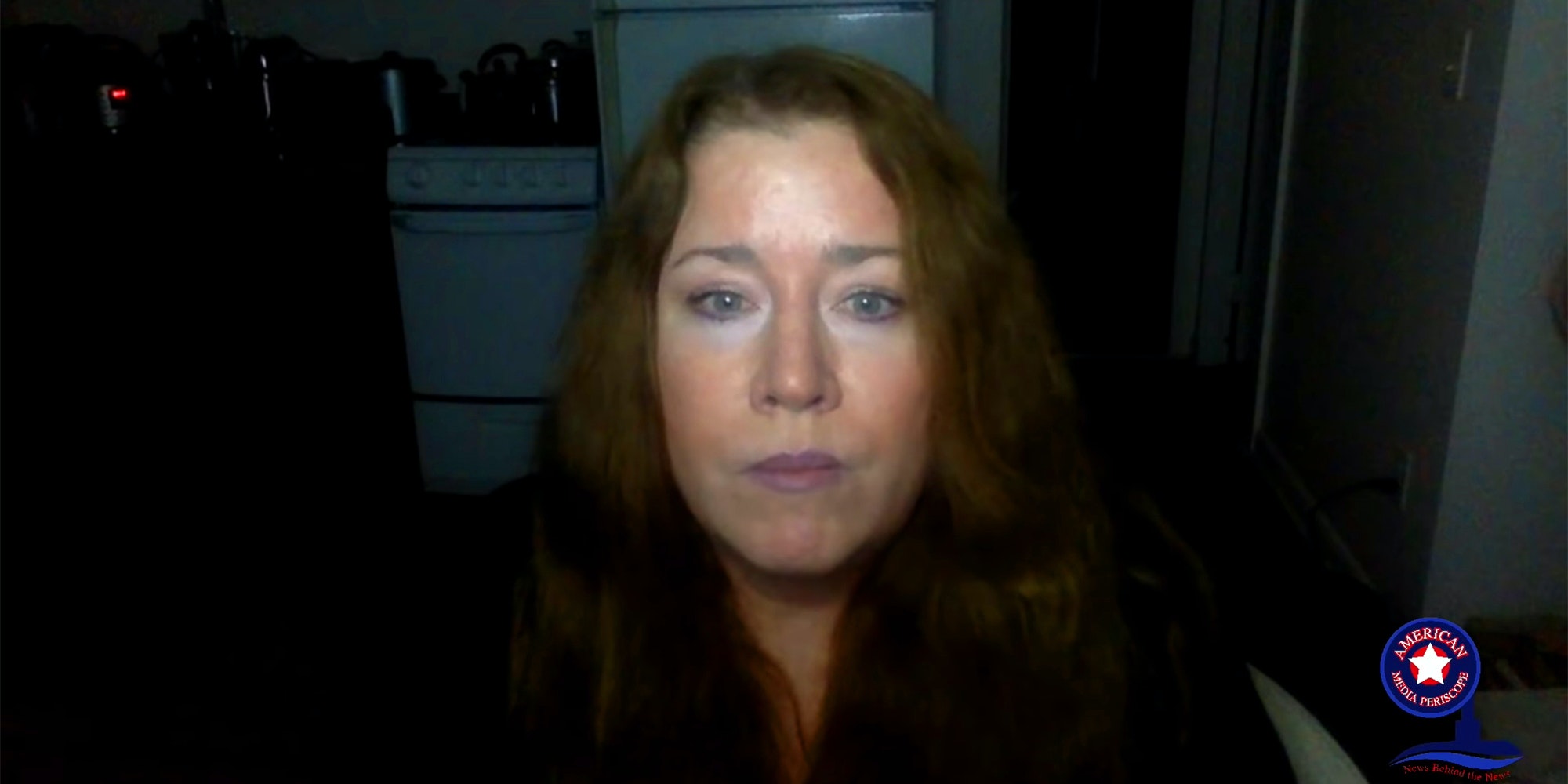 Three decades ago, Alexandra Bruce blazed a trail as one of the co-creators of Yo! MTV Raps, the first show to bring rap to the mainstream. Her work helped introduce millions to talents like Dr. Dré, DJ Jazzy Jeff, and Will Smith.

According to her IMDb bio, which she reportedly wrote, Bruce went on to direct music videos, work in film, and become a published author.

Since then, the Ivy League-educated entertainment industry trailblazer who also goes by “Chica” (@chicabruce appears to be her Twitter handle) has taken quite the winding road. Today you can mostly find Bruce sharing conspiracy theories on her website, Forbidden Knowledge TV.

On FKTV, Bruce peddles some of the most breathtakingly wild and baseless conspiracy theories that can be found online. She shares old standards, like the moon landing was faked and Big Foot is real, alongside new favorites—Bruce calls COVID-19 a “scamdemic” (she also uses the colorful nickname “flu d’état”) and shares various QAnon fictions—and some from far further afield. In one piece she writes of “ET self-activating software” at the ancient temple Göbekli Tepe; in another reveals the British royal family’s “peculiar yearly ritual” wherein “the heir apparent must sit on a particular stone and acknowledge to his parent they are both descendant from a seamonster.”

The website does not appear to be fiction or satire.

Bruce did not respond to an email sent to the address listed on FKTV on Wednesday.

A LinkedIn profile for Alexandra Bruce states that she is a creator of Yo! MTV Raps and currently is the publisher and author of ForbiddenKnowledgeTV.net. A Google image search for her author avatar from the website suggests her name, the Amazon page for her books, her LinkedIn, Wiki pages about her, and FKTV.

Bruce is quite prolific online, sometimes posting multiple times a day. As its name implies, many posts include video. On LinkedIn, she claims to have written more than 4,000 articles on the site, which launched in 2010. There are hundreds of posts with tags such as “9/11 & False Flags,” “UFOs/Interdimensional/Breakaway Civilization,” “Transhumanism,” and “5G Network/Psychotronic Weapons/Brainwave Entrainment/HAARP.”

Though it doesn’t have its own tag, QAnon is a persistent theme in posts from recent years. QAnon is the conspiracy theory that the planet is controlled by a global illuminati or cabal of cannibalistic, Satan-worshipping pedophiles.

In one of the site’s most viewed articles, Bruce alleges, “Frazzledrip is real.” Frazzledrip is a wild, baseless QAnon conspiracy theory that a video was found on Anthony Weiner’s computer of Hillary Clinton and Huma Abedin raping a little girl, cutting off her face, and wearing it. Then, the deeply disturbing made-up story goes, they ate her.

In a post about the Great Awakening, Bruce references QAnon conspiracy theorist Austin Steinbart’s (also known as BabyQ) claim that the Las Vegas mass shooting was actually a failed attempt to assassinate the crown prince of Saudi Arabia. Bruce does not get into why the Saudi prince would be in the vicinity of a country music festival, though perhaps she believes Prince Mohammed bin Salman has an affinity for the banjo. She appears to be something of a fan of BabyQ, who’s claimed to lead the QAnon movement, although she professes not to subscribe to his beefs with people he calls “Q Pharisees.”

She further alleged that the Capitol riots were actually carried out by paid antifa infiltrators, which she elaborated on in a subsequent post. “…[T]he shooting of Ashli Babbitt at the Capitol on January 6th was an Obama Era-style, super fake false flag shooting, staged entirely with crisis actors, fake blood and fake glass,” she wrote.

For all its kooky, unsubstantiated conspiracy theories and outright falsehoods, FKTV has the trappings of a run-of-the-mill website. Its ad library is quite extensive and indicates she has direct contracts with numerous companies that pay her to advertise on her site. Some of the ads on the site link to fellow conspiracy theorists’ pages, but she also has a “direct” contract with Google, per her ad library, so you’ll also see ads for whatever people are trying to sell through Google lately

Bruce’s LinkedIn and IMDb claim that FKTV gets significant traffic—more than 1 million page views per month—and that her newsletter has 66,000 subscribers. She does claim, however, that changes in Google and YouTube’s terms of service have disrupted traffic. “…[W]e’re now testing new ways to make the site profitable, with some success,” she writes on LinkedIn.

Per the site’s hit counter, her articles frequently get thousands of clicks. The Frazzledrip story has a quarter-million. Her audience is fairly engaged, often contributing dozens of comments on posts. Most, though not all, of those who comment are in lockstep with whatever she’s claiming.

“Why is Hillary not indicted? 2 yrs is long enough to investigate this,” one person commented on the frazzledrip piece. A user going simply as “W” agreed. “If anyone has access to this video it needs to be made public,” W wrote. “This evil must be stopped at any cost. I will lay my life down to expose this if I must.”

A few who stumble upon FKTV find it to be laughably bizarre.

“That was some of the most ridiculous shit I’ve seen anywhere on the web,” a user called Carmine Zodiac recently commented on the Frazzledrip story. “That video is unintentionally funny and surreal.

“How anyone can believe in this is bewildering.”

The post Co-creator of ‘Yo! MTV Raps’ is now a prolific QAnon blogger, COVID-19 conspiracy theorist appeared first on The Daily Dot.