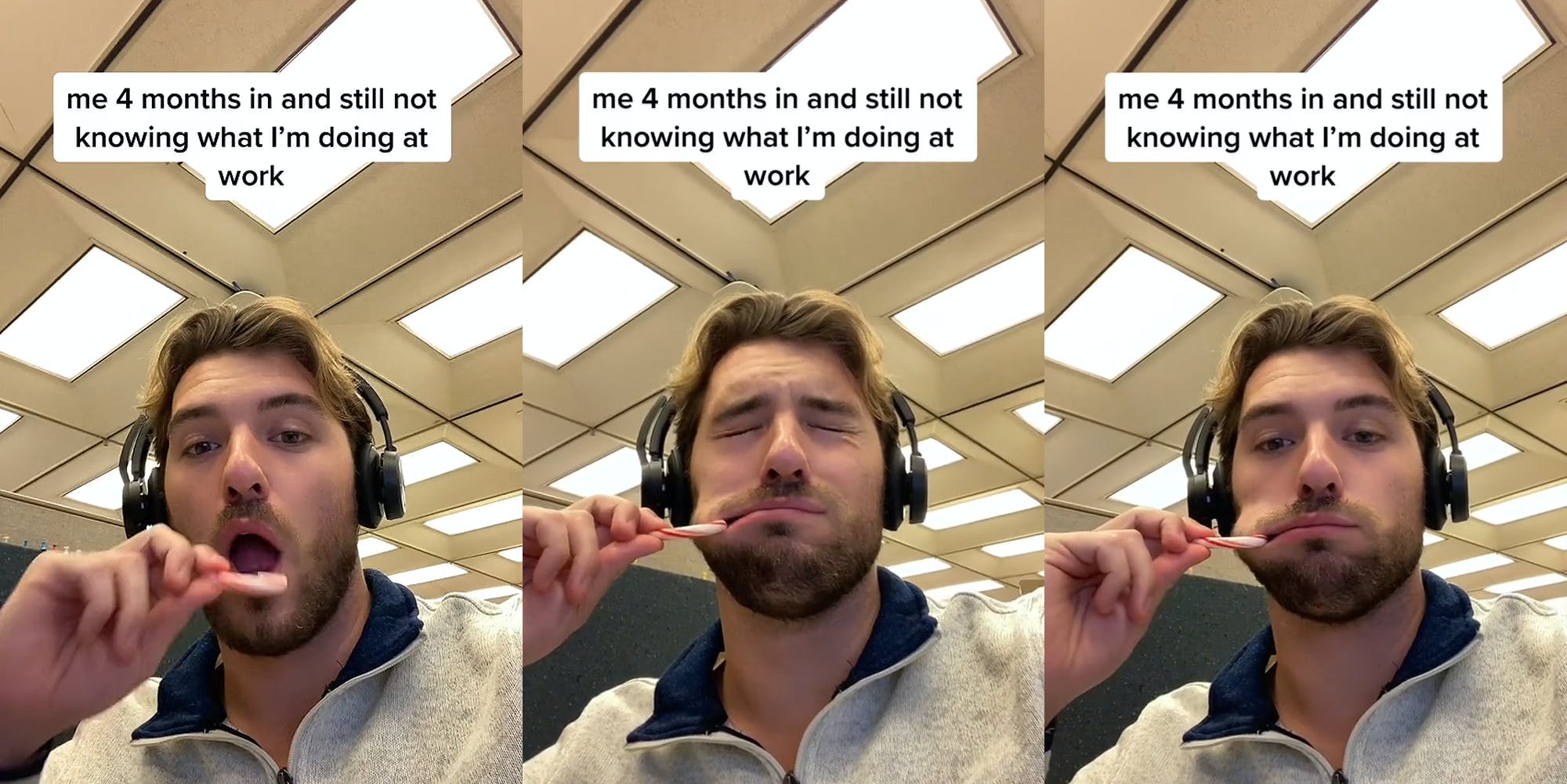 A TikToker sparked a discussion about feeling lost in the workplace after posting a video revealing that he still has no clue what he is doing 4 months into his job.

In the video, TikTok user Jared (@jardchatty) sits in an office cubicle with a headset on. During the five-second clip, Jared records himself tugging the side of his mouth with a candy cane. He then shuts his eyes tightly, as if holding back tears.

“Me 4 months in and still not knowing what I’m doing at work,” Jared writes in the video’s text overlay. “I wish I was kidding,” he adds in the caption.

The video racked up over 152,000 views as of Thursday. Many viewers in the comments expressed that they related to Jared and his experience.

“Almost five years here. Today i literally did about 2 minutes of work in 8 hours,” one viewer shared.

“Been working at this office for 6 months and I still don’t know what I do,” a second agreed.

“I just started my job in October and I’m in the exact same boat don’t sweat it bro,” a third wrote.

“Bruh 8 months in and i’m still confused,” a fourth added.

Other users offered suggestions on how to tackle the situation.

“Baby just get your check and wait to go home,” one suggested.

“Just pretend and be happy to get paid, everything else will fall in place,” a second agreed.

“Collect your check. That’s on them!” another echoed.

Jared and his viewers may be feeling so lost at work due to a growing phenomenon of companies failing to train new employees. According to Team Stage, 59% of employees claim they had no formal training for their positions, and lack of training accounts for 40% of resignations.

The Daily Dot reached out to Jared via TikTok comment.

The post ‘Collect your check. That’s on them!’: Worker says he still doesn’t know what he’s doing 4 months into the job appeared first on The Daily Dot.

Worker says she told her ‘cheaper replacement’ her own salary the day she left after training her
‘It’s been making me sick this week!!’: Customers claim Costco bottled water ‘smells like dog’
Advertisement