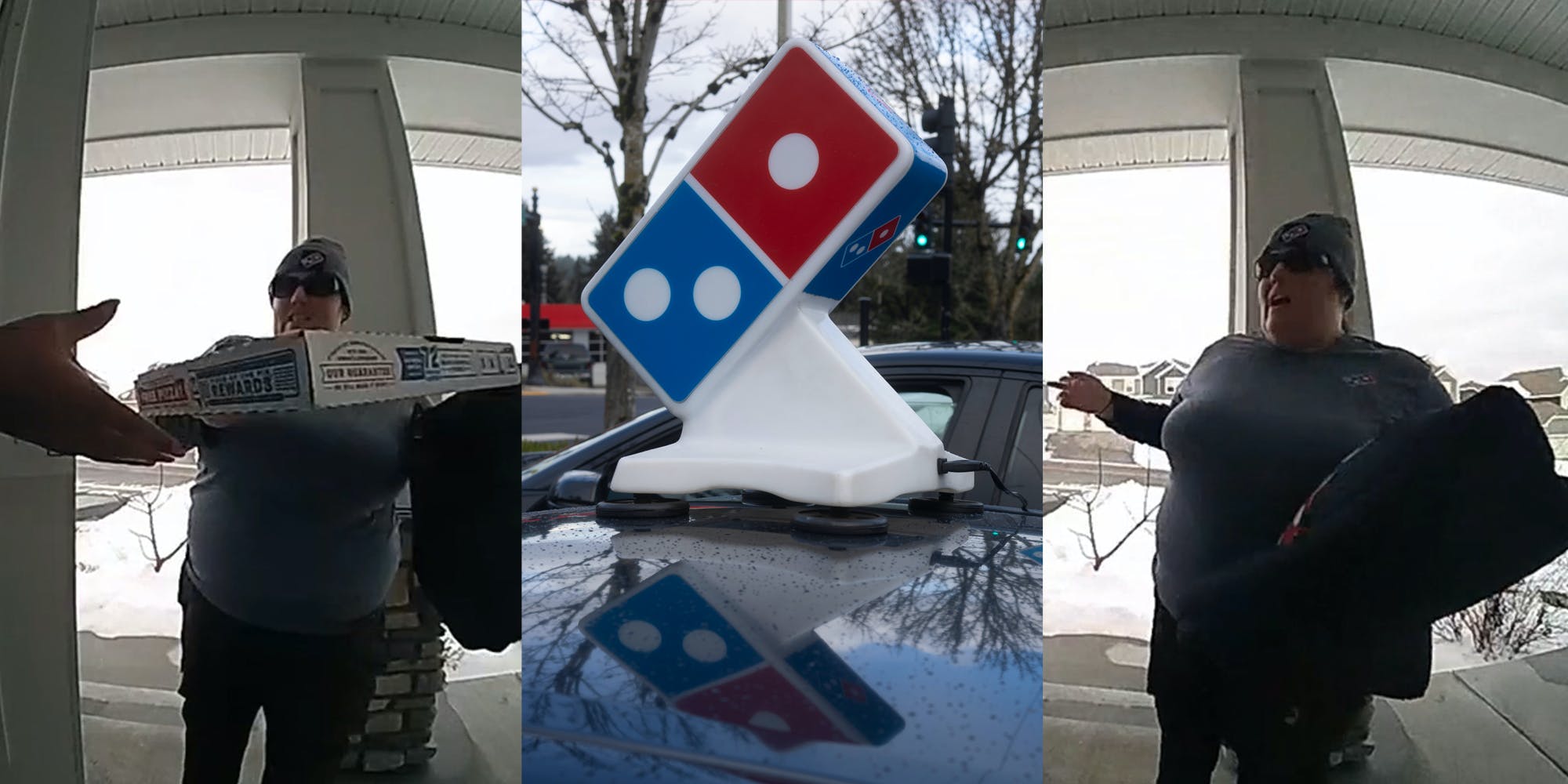 A customer posted security camera footage of a Domino’s delivery driver asking them for a tip as they handed them a pizza in a now-viral TikTok, angering some people in the comments.

In the video posted by TikToker X (@user626366461) on Dec. 11, the Domino’s worker asks for a tip and when the person doesn’t immediately offer one, points out that the customer has a car. She then tells them to “drive” to get their pizza.

The customer explains to the driver that delivery is more for her “convenience” and says “have a good day” without handing them a tip.

“Come get it next time,” the worker says as they leave the porch.

The caption reads, “Umm…. The entitlement is killing me. #dominos come get your girl Absolutky the f not.”

The video got over 2.7 million views as of Dec. 13, with users split on who was in the wrong.

“STG get ur broke ahh on next time & go get it,” one commenter said, criticizing the customer.

“That’s embarrassing not to tip a driver,” another wrote.

However, others came to the customer’s defense, putting the driver on blast for asking for a tip before completing the delivery.

“If someone literally said ‘tip?’ to me before I had the chance to even reach in my pocket and grab it, I simply wouldn’t give it to her anymore,” one user wrote.

“I always tip. But the audacity to immediately say ‘tip??’ another said.

“Who asks for a tip BEFORE giving the pizza though? Lol,” a third added.

The user responded to some of the outrage on her video about not tipping by sharing a new video, telling the driver and others who were upset that they could learn to code.

The Daily Dot reached out to X via TikTok comment and to Domino’s via email.

The post ‘Come get it next time’: Domino’s delivery driver asks customer for a tip before handing them the pizza appeared first on The Daily Dot.

‘It’s not the cashier’s fault that they are forced to ask for emails’: Former Bath & Body Works employee says she never gives them her email as a customer
‘Then they get shocked when you put it on the table’: Retail worker shares customer pet peeve that happens at check-out
Advertisement