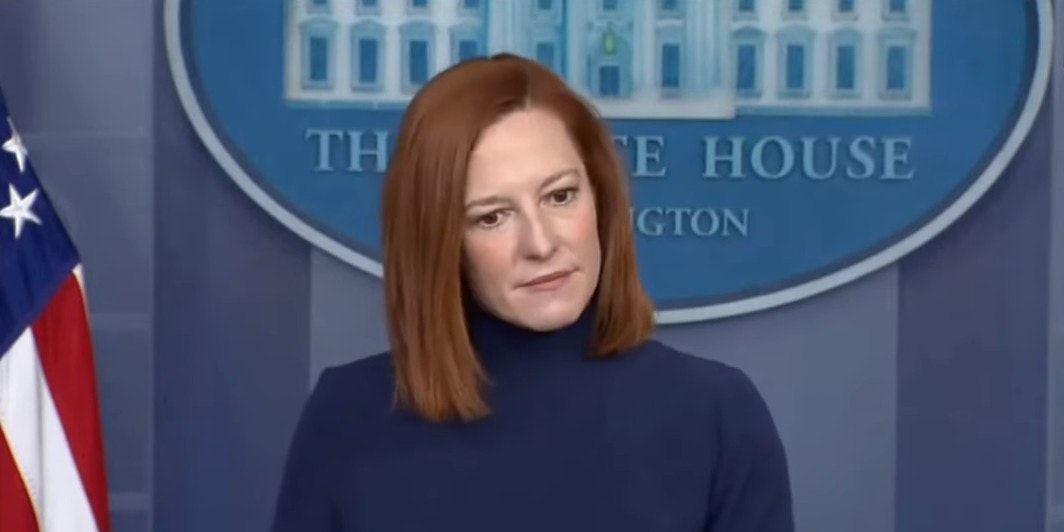 A conservative columnist is getting universally slammed over a “sexist” comparison of the current and former White House press secretaries’ appearances.

Press Secretary Jen Psaki’s press briefings have been a rather staid affair compared to the antagonism, conspiracy theories, and lies of those who served in the position under Donald Trump, most recently Kayleigh McEnany.

McEnany’s fans, and there were plenty, are thoroughly unimpressed right now. One loyalist, Townhall columnist Gavin Mario Wax, shared a comparison of McEnany and Psaki that many feel to be in exceptionally poor taste.

Wax retweeted a side-by-side meme captioned, “Stunning and smart press secretary Kayleigh vs. ugly to the bone Jen Psaki,” and commented, “Kayleigh was TV ready every morning[.] Psaki can’t bother to prep or do her makeup.”

Now people are accusing the columnist whose recent work includes an article claiming that Rep. Nancy Mace (R-S.C.) doesn’t represent Republican women, a subject the male author is clearly an authority on, of sexism and worse.

Several pointed out that Psaki is in fact wearing makeup, irrespective of Wax’s opinions on the matter.

“It’s so… funny… to me how so many men can’t tell someone is wearing makeup unless it’s literally caked on,” said @LirpaStrike.

Many were less concerned with Psaki’s appearance than her competence.

“Why do I care what she looks like?” wondered FerHaus1. “Does that affect her performance as press secretary?”

Even those who may be inclined to agree with Wax on policy matters thought his take on the press secretaries’ physical appearances was garbage.

“Do y’all really care about whether Jen Psaki is doing her make up right?” Tim Pool tweeted. “People seem to be trying any reason to go after Psaki.”

Wax is unrepentant. On the face of an avalanche of criticisms, he’s continued to tweet critically about Psaki’s appearance and has responded to those condemning him by attacking their mental health, reading comprehension, and, of course, looks.

Wax also doesn’t see anything sexist about his comment.

“This has nothing to do with gender,” he said.

The post Conservative columnist is upset that the new White House press secretary doesn’t turn him on appeared first on The Daily Dot.