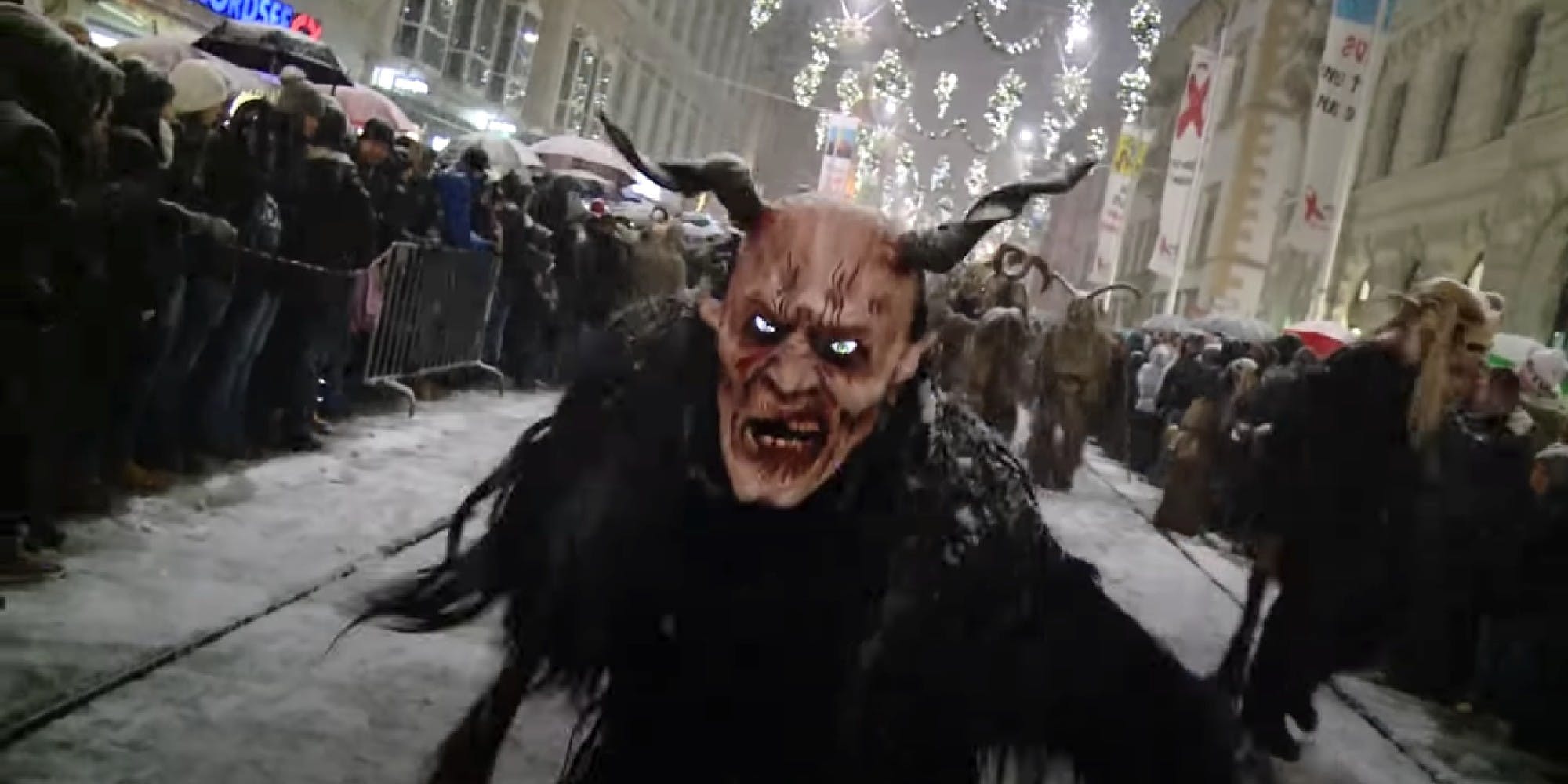 One Dumb Conspiracy is a weekly column that debunks the mostly wild conspiracy theories swirling around the web and runs on Mondays in the Daily Dot’s web_crawlr newsletter. If you want to get this column a day before we publish it, subscribe to web_crawlr, where you’ll get the daily scoop of internet culture delivered straight to your inbox.

Conspiracy theorists across social media are outraged over what they believe is a Satanic coffee cup being sold by Starbucks. But it turns out that the item has nothing to do with the multinational coffee chain.

The claim was popularized on Twitter over the past two weeks after being shared by a user whose profile is, unsurprisingly, filled with conspiratorial content. The coffee cup in question shows the Starbucks logo as well as young boy crying while being terrified by Krampus, a goat-like demon from European lore that punishes children during the Christmas season.

Users across the platform were quick to voice their dismay at the frightening display. Others vowed to never purchase coffee from the company again.

“The message is clear,” one user wrote. “They’re not hiding anymore. They’re out to get the children.”

The allegation also spread rapidly across Facebook, where many accused Starbucks of being a Satanic corporation.

In reality, the coffee cup wasn’t created or endorsed by Starbucks and it isn’t even new.

The cup was actually created in 2015 by a tattoo artist in Seattle known as Mike Tidwell and posted to his personal Instagram account.

Apparently the cup has caused issues before. Tidwell told the AFP that he has never been affiliated with Starbucks.

“I got bored one day and decided to pick up a Sharpie marker and draw on my cup. I posted it on social media, as did my friends and it got noticed by the public,” Tidwell said. “And along with it came the rumors that Starbucks made them. Totally false.”

Even Starbucks has been forced to address the rumors, which have reportedly spread outside of the U.S. as well, by stating that it has never produced any such cup.

Although Starbucks has been releasing custom coffee cups for the holidays over the past 25 years, none of them have featured Krampus.

The uproar is part of an apparent “Satanic panic” revival among conspiracy theorists and conservatives.

Not even the holiday season can keep conspiracy theories from flourishing. The false claim that Starbucks is producing Satan-inspired coffee cups feeds into the belief that major corporations are attempting to somehow harm the public through Satanic means.

The post Conspiracy theorists are outraged over fake Satanic coffee cups from Starbucks appeared first on The Daily Dot.