‘Corporations NEED TO DO BETTER’: TikToker exposes Walgreens for ripping the covers off unsold books – Nogagames 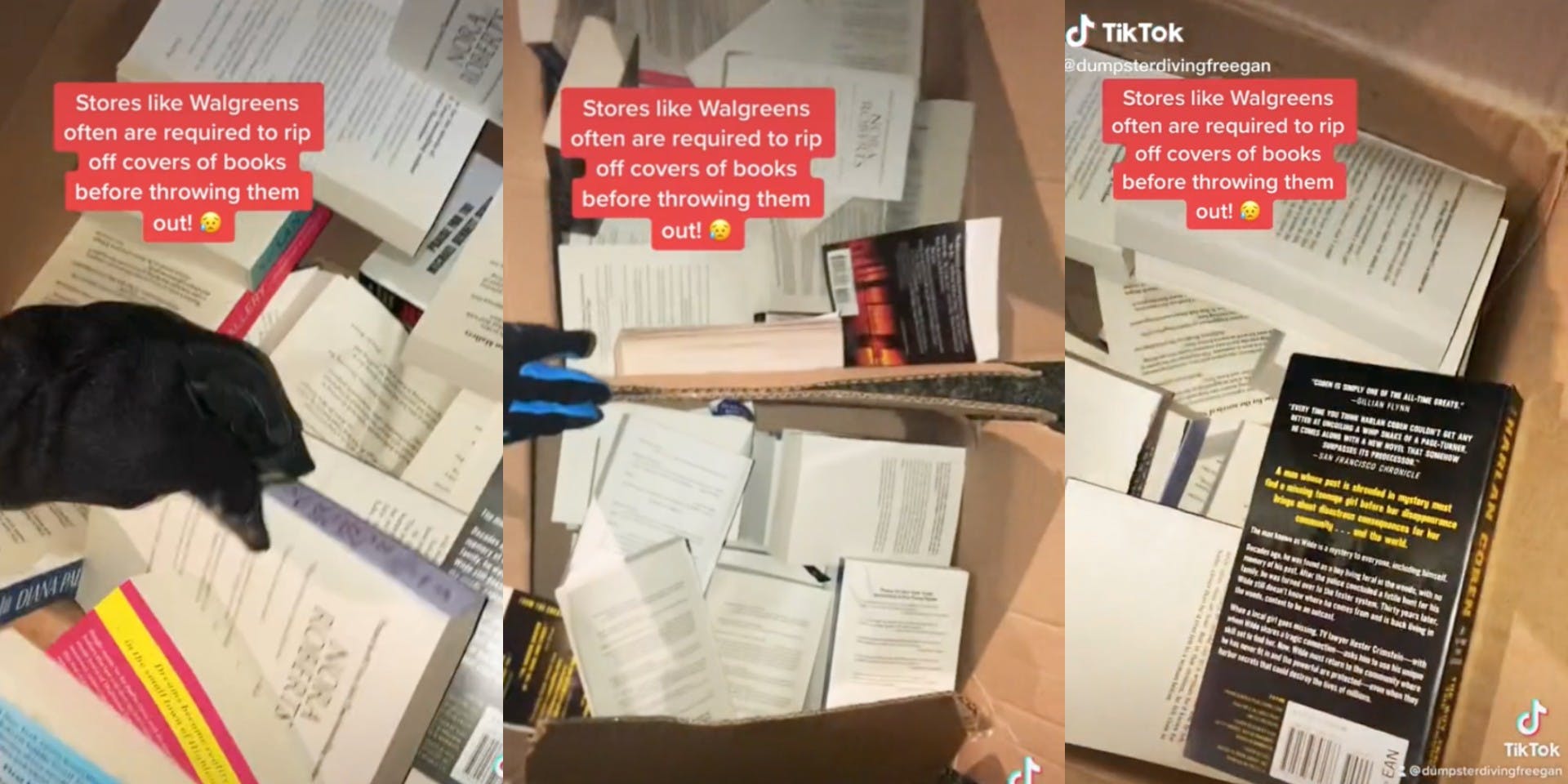 In the viral video, @dumpsterdivingfreegan showed two boxes with dozens of mutilated books from authors including Susan Mallery, Stephen King, and Debbie Mason. She also noted that there were containers of chemical products like Windex that were improperly disposed of.

Since being uploaded on Oct. 17, the TikTok has racked up nearly 180,000 views and more than 10,000 likes. The caption of the video reads, “Corporations NEED TO DO BETTER.”

“They are required to rip off the covers of books to send them back to the manufacturer to prove that they were disposed of,” the diver said. “All these books are brand new but don’t have the covers on them. I absolutely hate that this is a common practice at these stores. “

This practice isn’t exclusive to Walgreens. People in the comments who’ve worked at other retailers and bookstores said this is industry standard with paperbacks. Once the books are destroyed as proof that they didn’t sell, stores can get credit back or use it as a tax write off. The coverless books are meant to be recycled into paper.

In 2009 an estimated 30 to 40% of printed books were returned unsold to the publisher. Of those books, upwards of 65% actually go through the recycling process, according to writer Merilyn Simonds.

“Even the indie bookstore I worked at did it because it’s a better tax write off for them than donating 🤗 hate it here 🤗,” commented @emily.kaar.

There needs to be a better disposal process, Dumpster Diving Freegan said in the comments.

“Give them to schools and give the publisher/store credits for their donation. Offer them discounted to consumers, simply anything other than trashing,” she wrote.

Nearly everyone in the comments agrees that the process needs to change, but the book industry doesn’t seems to be in a hurry. Many of the articles calling out this practice are more than a decade old.

Dumpster Diving Freegan could not immediately be reached via TikTok comment. The Daily Dot reached out to Walgreens.

The post ‘Corporations NEED TO DO BETTER’: TikToker exposes Walgreens for ripping the covers off unsold books appeared first on The Daily Dot.

‘Who’s to blame?’: TikTok blasts nightclub’s Nazi theme
‘I need you to open the door’: TikToker pepper sprays man who tried to enter her car at McDonald’s drive-thru
Advertisement