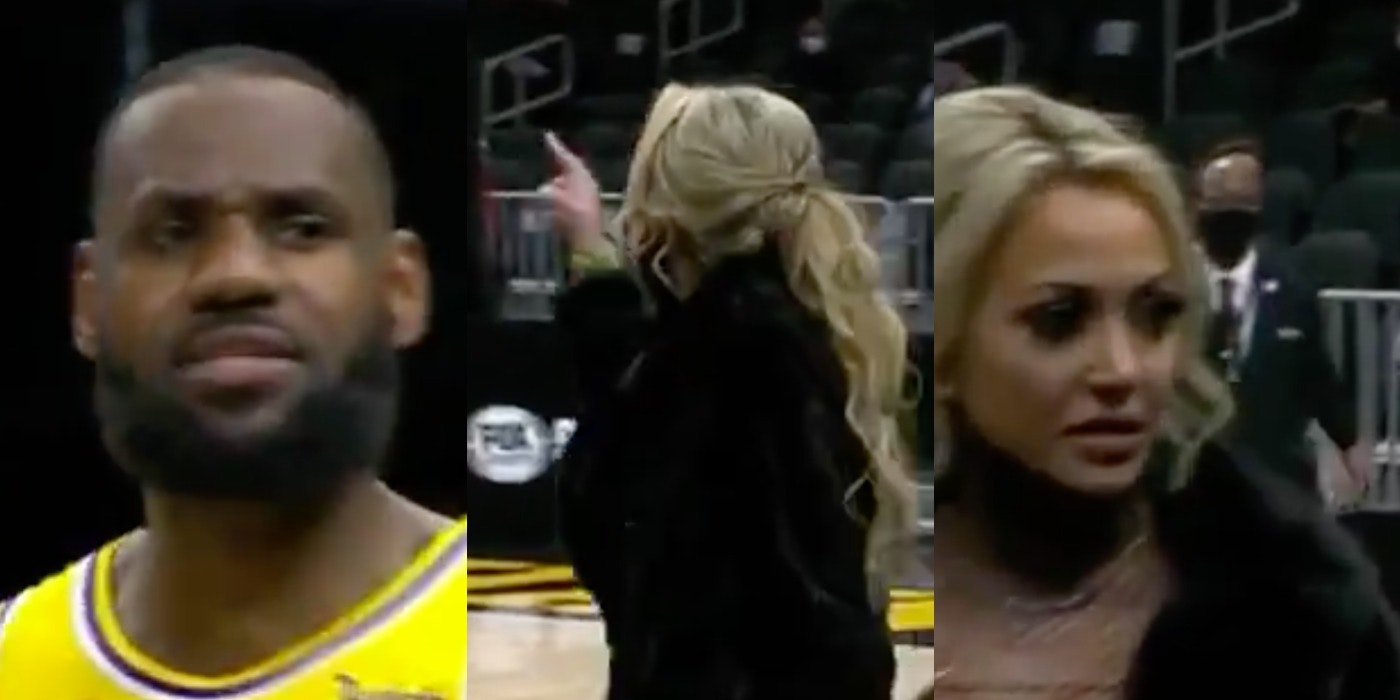 Do you know who else can’t get away from Karens? LeBron James. On Monday night, the Los Angeles Lakers superstar got a “courtside Karen” and three other fans ejected during a matchup with the hometown Atlanta Hawks following a verbal dispute.

That’s right: Not even the greatest basketball player ever can shake them once they’re locked in.

Juliana Carlos, and her businessman husband, Chris Carlos, briefly exchanged words with James during the fourth quarter of the Lakers’ 107-99 win, prompting the ejection. Referee Mitchell Ervin intervened and paused the contest to ensure Carlos and three other hecklers were escorted out of State Farm Arena.

Juliana has 52,000 Instagram followers, and postgame, she let them hear about her experience: She claims James called her a “bitch” on the scene, though he wasn’t asked about it postgame and hasn’t responded.

The 25-year-old so-called “courtside Karen” went into the altercation on her Instagram Stories, admitting her husband has an ongoing issue with James.

For his part, James was not at all fazed by the incident and also believed the ejection was unnecessary.

“They might have had a couple drinks, maybe,” he said. “And they could have probably kept it going during the game, and the game wouldn’t have been about the game no more, so I think the referees did what they had to do.”

Also, Chris Carlos had a reason to be upset with James. The last significant game the Hawks played was Game 4 of a playoff sweep by James’ Cleveland Cavaliers, their second consecutive sweep of Atlanta. The four-time MVP almost single-handedly attended to Atlanta’s dismantlement and current rebuild.