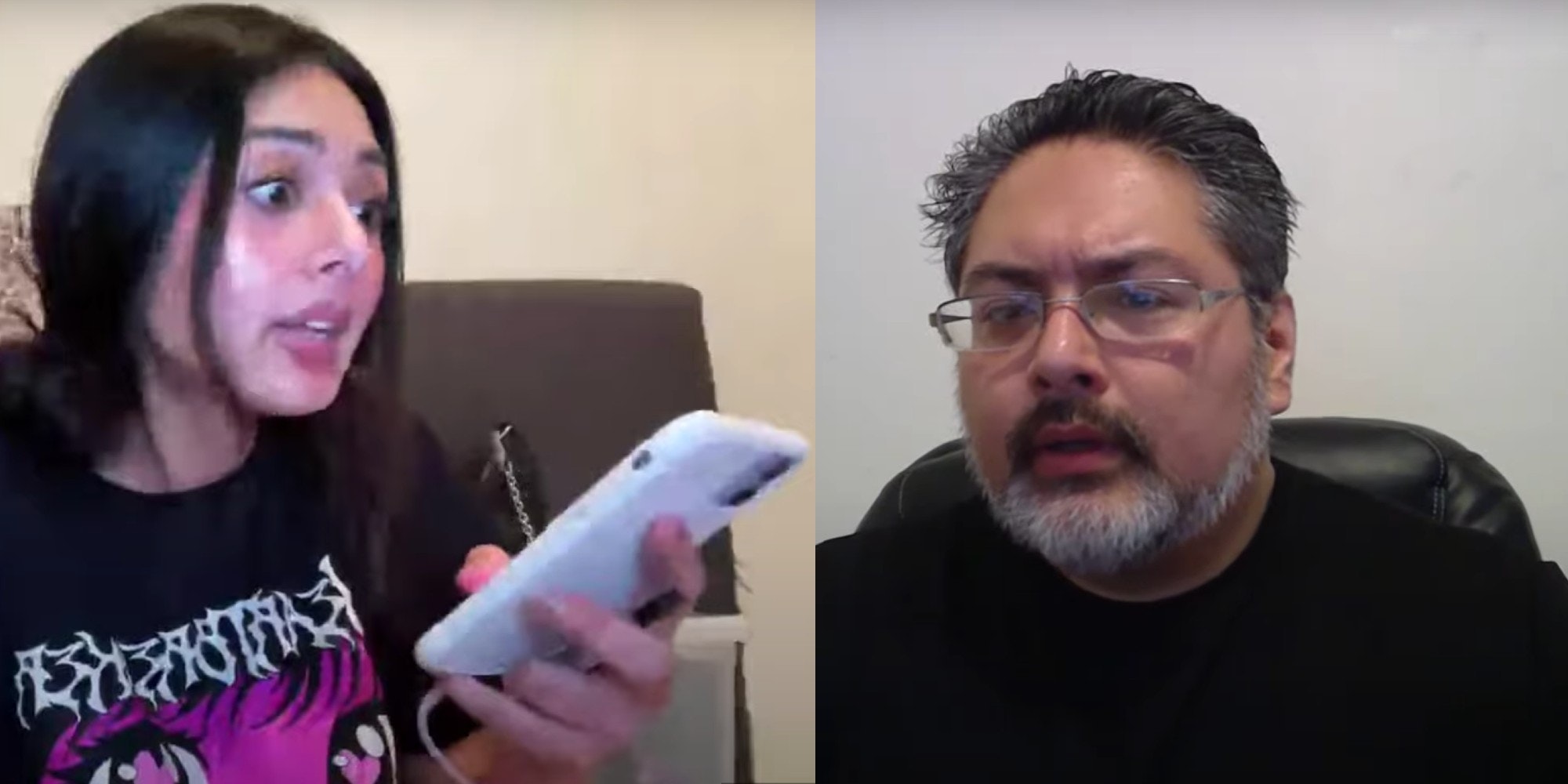 After an OnlyFans influencer went viral for berating an alleged cancer patient on Jan. 10, her father addressed her behavior and told her not to come home in a YouTube live stream. The father and daughter are now engaged in a messy public battle that involves live videos and doxing.

Mya West, who goes by Playmate Tessi on social media, hosted over a dozen YouTube live streams on Saturday and Sunday. In one of the streams reposted by YouTube channel IRL Moments, West fell asleep, and viewers said they could hear her father yelling at her sister in the background. The video includes clips of West on the phone with her father saying she didn’t know he was screaming. She says, “I was sleeping, I didn’t know.”

Near the end of the phone conversation, West’s father tells her to get out of the house.

“I’m gonna be home in an hour and you better not be there,” Jim West says in the video. “Stop streaming in my house, it just cost me my fucking job.”

West tells her father that she tried to delete the videos, but he tells her to leave the house and “go to a hotel.” Another clip in the same video shows West appearing to call the police and saying her father is “threatening to hurt” her.

West says on the phone that her father has “guns and swords,” and that “I really think he’s gonna kill me.” West hosted a live stream from her hotel room of her father yelling at her and captured her father calling her “narcissistic.” He accuses her of trying to get her “15 minutes of fame.”

Viewers identified West’s father and sent his employers the videos of his daughter calling the alleged cancer patient “fat” and “ugly.” IRL Moments said that as a result, West lost his job, but West denies this.

“I assumed I would be fired, but after speaking to my boss the next day the company was not going to hold me accountable from my adult daughter,” West told the Daily Dot in a Facebook message. According to LinkedIn, West is the chief information officer for TRECIG, a cybersecurity consulting firm. TRECIG did not immediately respond to the Daily Dot’s request for comment.

Jim West addressed the incident in a video live stream on Sunday. He said there was “no record” of him threatening to kill his daughter and that he never consented to “being part of her live stream.”

He also criticized the video that shows her daughter mocking the alleged cancer patient. “This is not the person that I raised,” West says.

“Don’t you ever come home after what you’ve done,” he continues. “Go ahead, you’re an adult now. Go live your life, go make your own money … but don’t ever reach out to me.”

West told the Daily Dot that he does “not wish anything negative” toward his daughter. He added, “I hope she seeks out mental and behavioral health for herself.”

The post Dad of influencer who bullied ‘cancer patient’ on Omegle kicks her out of house in live video appeared first on The Daily Dot.