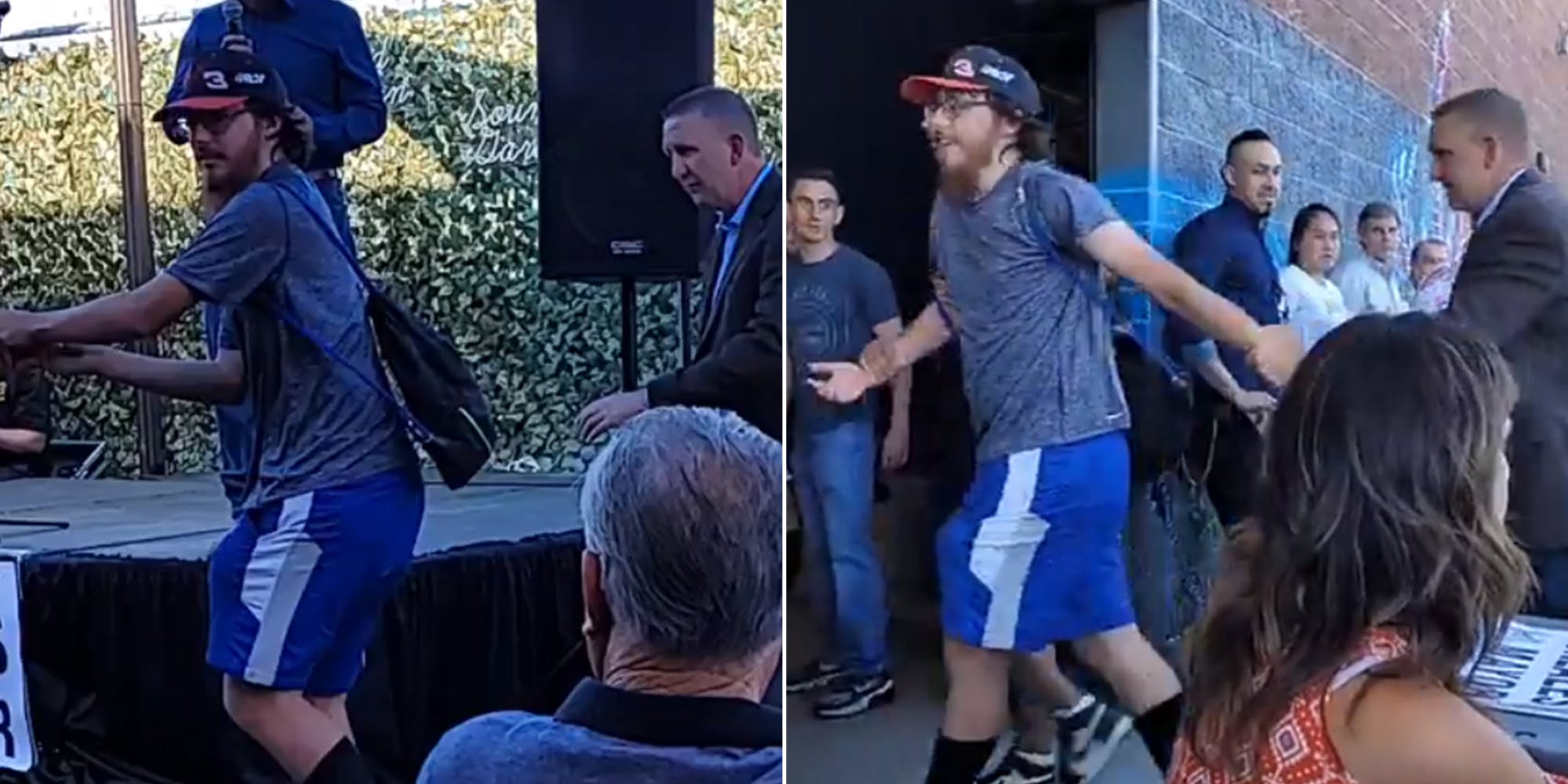 The Bernalillo County Sheriff’s Department labeled the harassment of a sheriff with a dildo-wielding drone as a “planned act of violence” after a message mentioning the term “dongcopter” was seen on a suspect’s phone.

In viral footage from June 1, Albuquerque Sheriff Manuel Gonzales III was confronted with the flying sex toy while holding a campaign event in New Mexico for his mayoral run.

The owner of the business where the event was being held can be seen grabbing the sex toy out of the air before another man allegedly involved in the stunt rushes in and starts a confrontation.

The man, later identified as 20-year-old Kaelan Ashby Dreyer, was also accused of taking a swing at Gonzales before being tackled to the ground.

In the end, Dreyer was charged with petty misdemeanor battery and misdemeanor resisting, evading, or obstructing an officer.

Documents obtained by the Daily Dot through a public records request shed more light on the now-infamous incident.

In an incident report from the Bernalillo County Sheriff’s Department, one deputy notes that he determined the harassment to be “a planned act of violence” after notifications began appearing on Dreyer’s phone.

The notification, according to Deputy J. Corona, appeared to be for a thread in Facebook group that was titled “gonna dongcopter Manny Gonzal…”

The deputy also states that the notification came from a man who identified himself and even gave out his phone number.

“I have no info on what went down, but whatever happened I really appreciate what you do,” the message said. “Gimme a call if you want.”

Another message from the group involved a member asking if they could be filled in on what happened after they left the event.

“Based off the title of the group message, this would suggest that today’s incident was a planned act of violence aimed towards Sheriff Gonzales,” the report states.

It remains unclear what happened to the drone, although the report later states that the drone was booked into evidence.