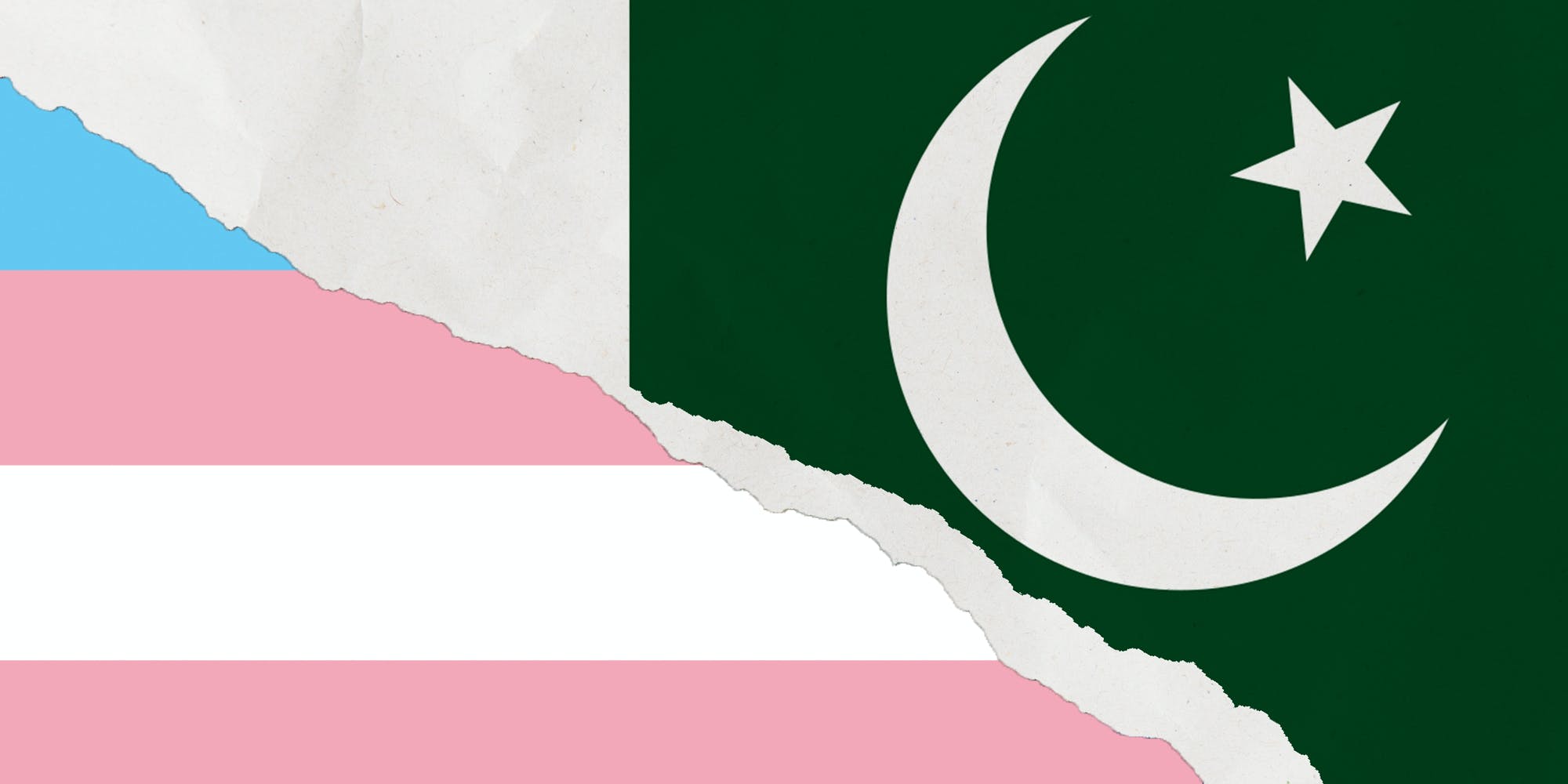 The bill tried to counter the discrimination trans people in Pakistan, called Khwaja Sira, face. In South Asia, the Khwaja Sira community has long had its own subculture and unique identity. But where historically this was revered, today they are shunned, living on the margins of society.

Nisha Rao, a trans-Pakistani lawyer and community activist, described to the Daily Dot how the community often had to make a living begging and searching for shelter from other community elders because of a lack of family support and employment opportunities.

In recent years, community activists like Rao created shelter homes, set up sewing centers for employment, and raised public awareness online. When the act was passed, it was a massive win for human rights and the community.

But since then, progress slowed and backlash grew.

Four years on, an online disinformation campaign against Pakistan’s trans community is causing increased violence and trying to take away years’ worth of protection. Right-wing groups in Pakistan have pushed back against the few liberties that the Khwaja Sira community gained. Groups have tried to get movies banned, spread disinformation on social media, and hosted conferences and protests about the law legalizing same-sex marriages all in an effort to get the law overturned.

Much of the campaign has been led by right-wing politician Sen. Mushtaq Ahmad Khan, who took the law to the Federal Shariat Court because he deemed it unIslamic.

Khan, along with other senators like Fauzia Arshad, has brought in suggested amendments to remove what they believe are parts of the law that normalizes same-sex relationships, which are both illegal and taboo in Pakistan.

The same campaign has been aimed at Pakistan’s entry to the Oscars, #Joyland, a film that explores the lived experience of a trans woman in Pakistan.

Using the hashtag #BanJoyland, which was picked up on Twitter and Instagram last month, right-wing community leaders and citizens demanded a ban on the movie, saying it promotes homosexuality.

Under pressure, the Central Board of Film Censors initially banned the movie, only for a flood of online support to cause provincial governments in Sindh and Khyber Pakhtunkhwa to lift the ban. But it still remains censored in Punjab.

Alongside Sen. Khan, prominent fashion designer Maria B has promoted the online campaign against both the movie and the trans rights movement in the country. The fashion designer has made multiple claims saying she won’t support “fake transgenders,” stoking opposition to the law, who want to limit the definition of trans people to what they believe are “real transgenders.”

Khan, Maria B, and others against the legislation have repeatedly said they believe “real transgenders” are people who are intersex, while anyone biologically born as one gender and choosing to transition to another is a “fake transgender.”

Maria B was previously also involved in the controversial removal of trans activist Dr. Mehrub Moiz from a Tedx conference at a school in Lahore. Maria B supported the removal of Moiz, saying that such influences should be kept away from their children.

Meanwhile, Orya Maqbool Jan, a journalist prominently known for his misogynistic views equated the Khwaja Sira community to being gay in a recent tweet.

It shows a rising tide of anti-trans sentiment in Pakistan, despite the country passing one of the Middle East’s most progressive trans protections.

“Gender and sex are seldom talked about regardless of the class of people because it’s a taboo. The only times when such topics do surface is when there’s a ‘scandal,’” fact-checker and journalist Haseem Uz Zaman, who covers the vulnerability of gender minorities to disinformation, said to the Daily Dot.

These scandals and false claims, stoked by people like Khan, coupled with a cultural taboo around these topics, can often create dangerous situations for gender minorities in the country.

This online campaign has had real-life repercussions as well. As many as seven trans people have been killed in the last five months in Khyber Pakhtunkhwa province alone, where a majority of the votes of Senator Mushtaq’s party come from.

Violence against the trans community isn’t new, but this campaign is normalizing it—and moving progress back instead of forwards.

“Now when I come to university I feel unsafe. My relatives have told my mom that they won’t come to my house because I live there. All we asked for in the bill was fundamental human rights,” trans activist Aradhiya Khan tells Daily Dot.

Khan’s experiences are not unique. Many trans people find themselves ostracized or abandoned from their homes and families as children or young adults and rely on the internal Khwaja Sira community system that adopts young Khwaja Sira to protect them.

In a news conference, community activist Bubbli Malik pointed out the rising religious undertones of violence against trans people, citing one case of a man who murdered a transgender person and called it an act of “jihad”’

The unfortunate use of religion as a political tool is not new to Pakistan.

“When we talk about religion, it makes people very vulnerable. We’ve witnessed so many blasphemy cases in our country, you can easily use religion to turn people against each other. They may not be practicing Muslims, but they’ll use religion to impose their beliefs on someone else,” Khan told the Daily Dot.

It’s a powerful tool, but all the efforts willfully misrepresent the law. It focuses on preventing discrimination against trans people in the public sphere, employment, housing, and other areas due to their identity.

It also allowed them to identify as “X” on their ID card instead of Male or Female.

The law further prohibited harassment of any kind—including catcalling—against trans people in the country while facilitating the creation of support centers and shelter homes. For a community that has long been left to fend for itself, many saw this as one of the most progressive examples of trans rights across the globe.

But the disinformation campaign around it has led right-wing factions in the government to move to amend the law to focus solely on the rights of intersex people, hoping to change the definition of Khwaja Sira to only include people with ambiguous genitalia. It would only allow a change in identification after a medical test.

Khan’s proposal—which was sent to the relevant committee to be considered after being discussed in Senate—wants to limit the self-identification of trans people, further police their lives, and remove the protections granted for basic human rights. Currently, there are complaints that the process is being stalled.

Pakistan transgender lawyer Rao clarified to the Daily Dot that the intention of the bill is “to focus on the fundamental rights of the trans community, [as] we had no rights in inheritance, no rights on gender identity on our ID cards,” she said, adding that there is absolutely no mention of marriage in the law, despite the online campaign.

“In fact, the bill only allows trans people to self-identify, to change their gender marker to X. And anyone with an X marker is not legally allowed to marry,” she told Daily Dot.

But the power of several hashtags and posts, based on wrong information, has supercharged a campaign to take even those most basic rights away.

‘The Banshees of Inisherin’ is a great movie about ghosting friends
‘She scratched it out and wrote the other teacher’s name’: School counselor says her Secret Santa present was regifted right in front of her
Advertisement