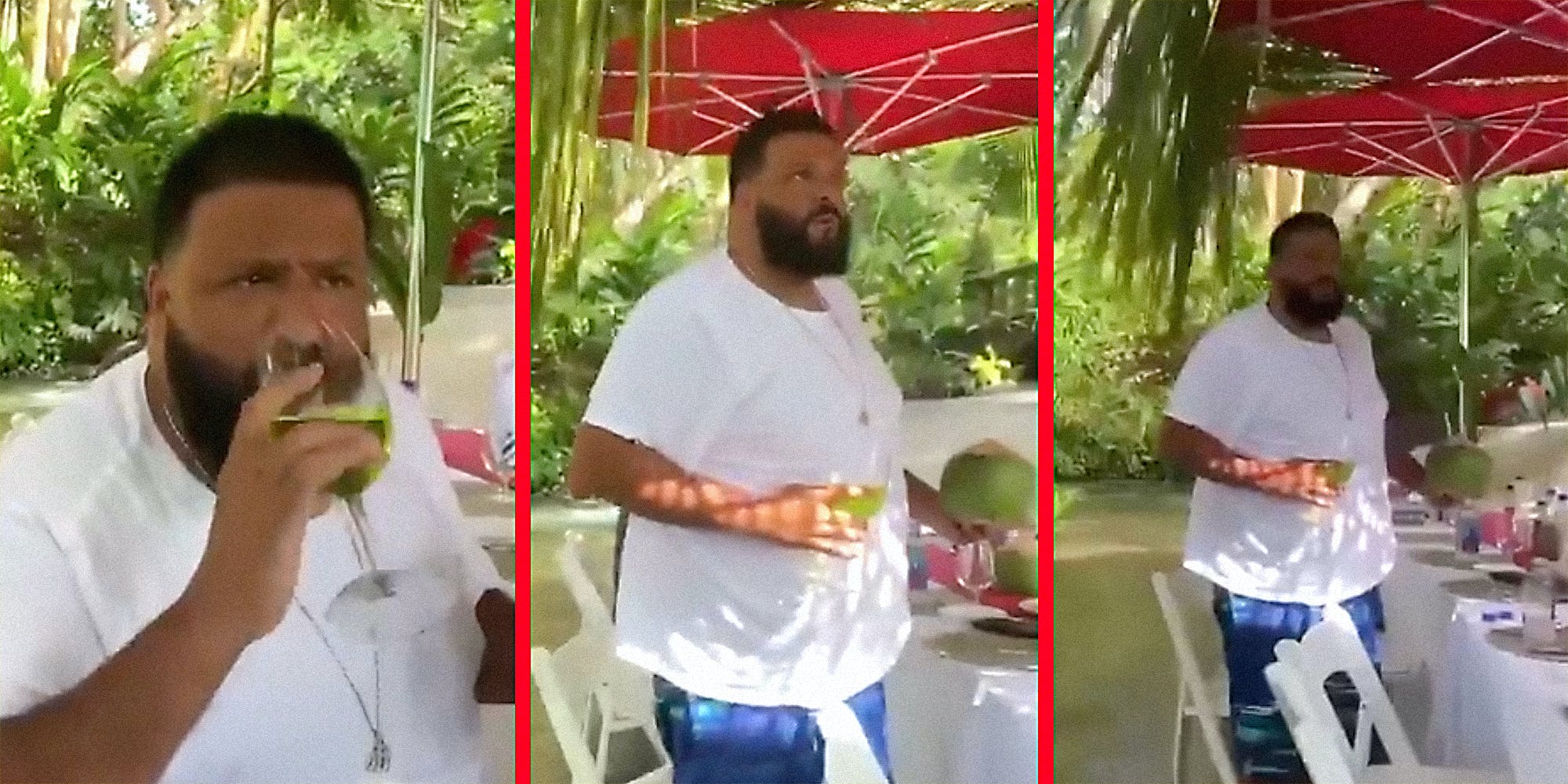 A video of DJ Khaled being startled while drinking “Ciroc Kryptonite” has become a meme template for those “Did I…” moments.

In the clip going around Twitter, Khaled, who is sitting at a table in a river, abruptly stands up mid-sip and looks at something in the distance. We never see what it is, just that he has drinks in both hands.

A video posted last week from Twitter account banksnorest2 has more than 12 million views. Over the last week, Khaled’s reaction has been applied to more mundane daily remembrances, like forgetting to cancel a free trial, and more specific ones.

A longer version of the video was posted to Khaled’s Instagram on April 11. The bright green drink is something called Ciroc Kryptonite, and he’s apparently teasing an upcoming collab with Diddy. It’s not clear what’s in it aside from “summer citrus,” but the flavor is powerful enough to rouse Khaled from his chair to stare off camera.

This reaction meme would have been very helpful back in 2018, when Khaled’s noted aversion to going down on his wife brought out even more memes.

The post DJ Khaled standing up becomes a reaction meme appeared first on The Daily Dot.