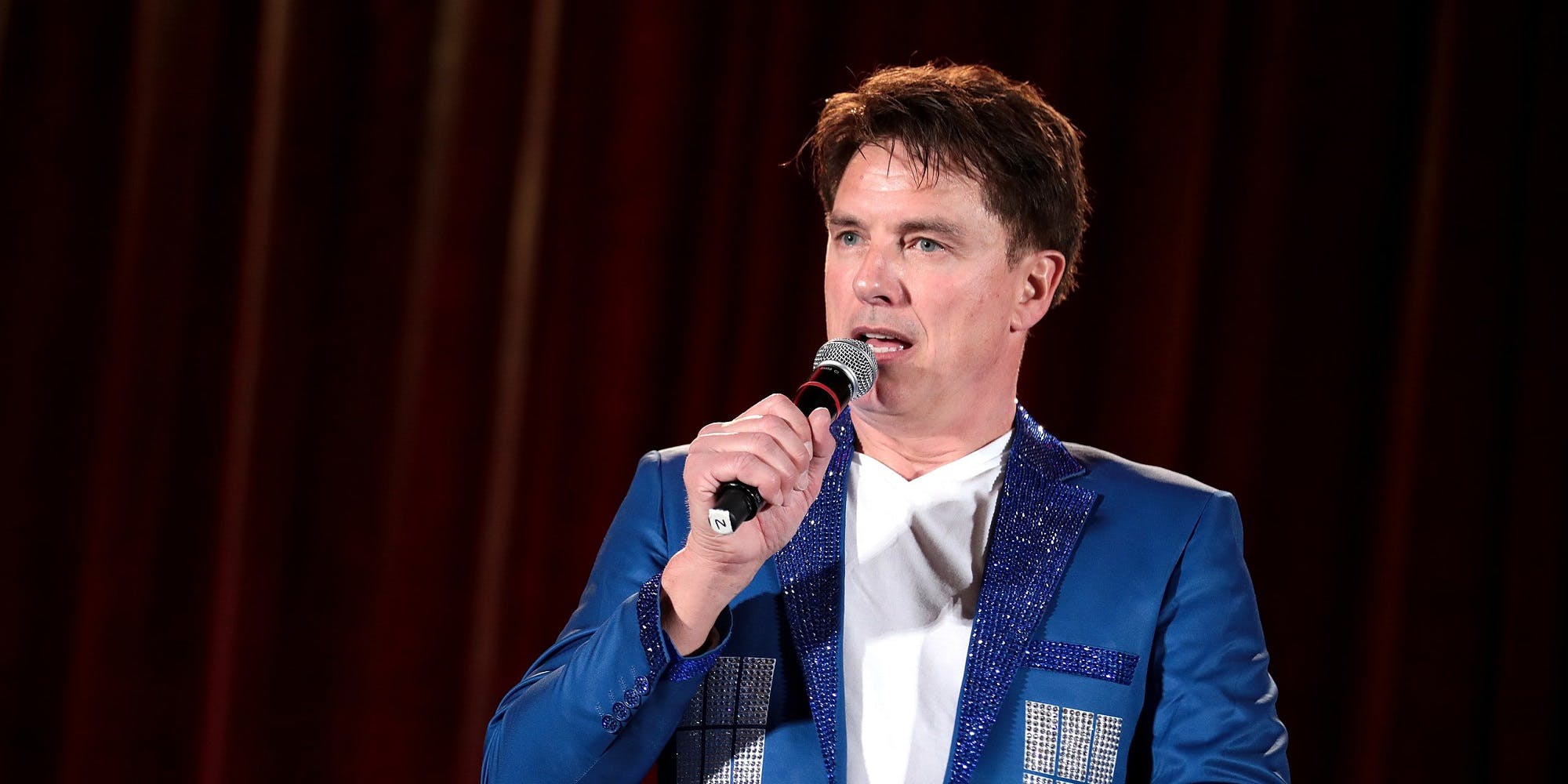 In the wake of extensive sexual misconduct allegations regarding British actor/filmmaker Noel Clarke, Doctor Who fans are starting to reevaluate the behavior of Clarke’s former co-star John Barrowman. Making his Doctor Who debut in 2005, Barrowman starred in the spinoff Torchwood as Captain Jack Harkness, a popular recurring character to this day. It’s also semi-public knowledge that Barrowman likes to expose his penis to people at work.

Barrowman has a long history of flashing journalists during interviews and walking around film sets “with his chap hanging out,” in the words of former Torchwood/Doctor Who actress Freema Agyeman. When Noel Clarke’s sexual harassment allegations came to light last week, this brought back memories of an old Doctor Who panel where Clarke joked about Barrowman taking his penis out and slapping it against his co-stars. This was treated like a quirky prank, in line with British media coverage of Barrowman’s image as a flirty gay man with a brash sense of humor.

To give you an idea of the atmosphere around Barrowman’s public persona, the BBC’s 2006 talent show How Do You Solve A Problem Like Maria? included a segment where Barrowman forced non-consensual kisses on aspiring actresses, to see how they’d react on camera. Barrowman was there as a musical theater expert alongside Andrew Lloyd Webber, auditioning women to play Maria in The Sound of Music. The segment shows one of those women physically fighting Barrowman off while a laugh track plays in the background:

After a video of the Noel Clarke Doctor Who panel went viral, the Guardian asked John Barrowman for a comment regarding his on-set behavior. He described it as “tomfoolery,” saying he “only ever intended in good humour to entertain colleagues” when flashing his genitals. Barrowman had to make a public apology in 2008 after flashing a BBC radio interviewer, and says now that “With the benefit of hindsight, I understand that upset may have been caused by my exuberant behaviour.”

Sources from the early years of the Doctor Who reboot (around 2005 – 2008) confirmed to the Guardian that Barrowman routinely exposed his genitals to members of the cast and crew. However, they characterized it as “uncomfortable” or immature humor rather than being aggressive or sexually threatening.

Showrunner Russell T. Davies said he was unaware of any complaints about Clarke harassing women on set, but Barrowman was officially reprimanded while filming Torchwood in 2008. Producer Julie Gardner told the Guardian, “To my knowledge, John’s inappropriate behavior stopped thereafter.” In a comedy/musical skit filmed by the Doctor Who cast in 2009, David Tennant (playing Russell T. Davies) sings, “I can’t block out, please lock out, images of Johnny B. getting his cock out,” leading into a shot of Barrowman winking at the camera.

These stories about John Barrowman are opening a lot of people’s eyes to the complexity of sexual harassment in the entertainment industry. None of these reports depict Barrowman as a predatory figure, whereas Clarke allegedly used his position to bully, manipulate and sexually coerce his female coworkers. However, Barrowman’s actions would still be considered a fireable offence in most normal workplaces.

The quotes from Doctor Who employees describe an unprofessional atmosphere where Barrowman had little understanding of his own power. He was in a position of authority over most of the cast and crew, who essentially had to tolerate his flashing habit if they wanted to keep working on the show. Some of Barrowman’s co-stars laughed off his behavior in interviews, but we don’t actually know if everyone was comfortable working in this environment. It’s only now that we’re hearing from lower-level employees who didn’t feel able to speak out at the time.

The post ‘Doctor Who’ star John Barrowman addresses his habit of flashing people on set appeared first on The Daily Dot.

Influencer gets deported from Bali after she painted mask on face instead of wearing a real one
‘This is too small an amount of money’: ‘Trash streamer’ mocks model he abused on live stream as he faces 2 years in jail
Advertisement