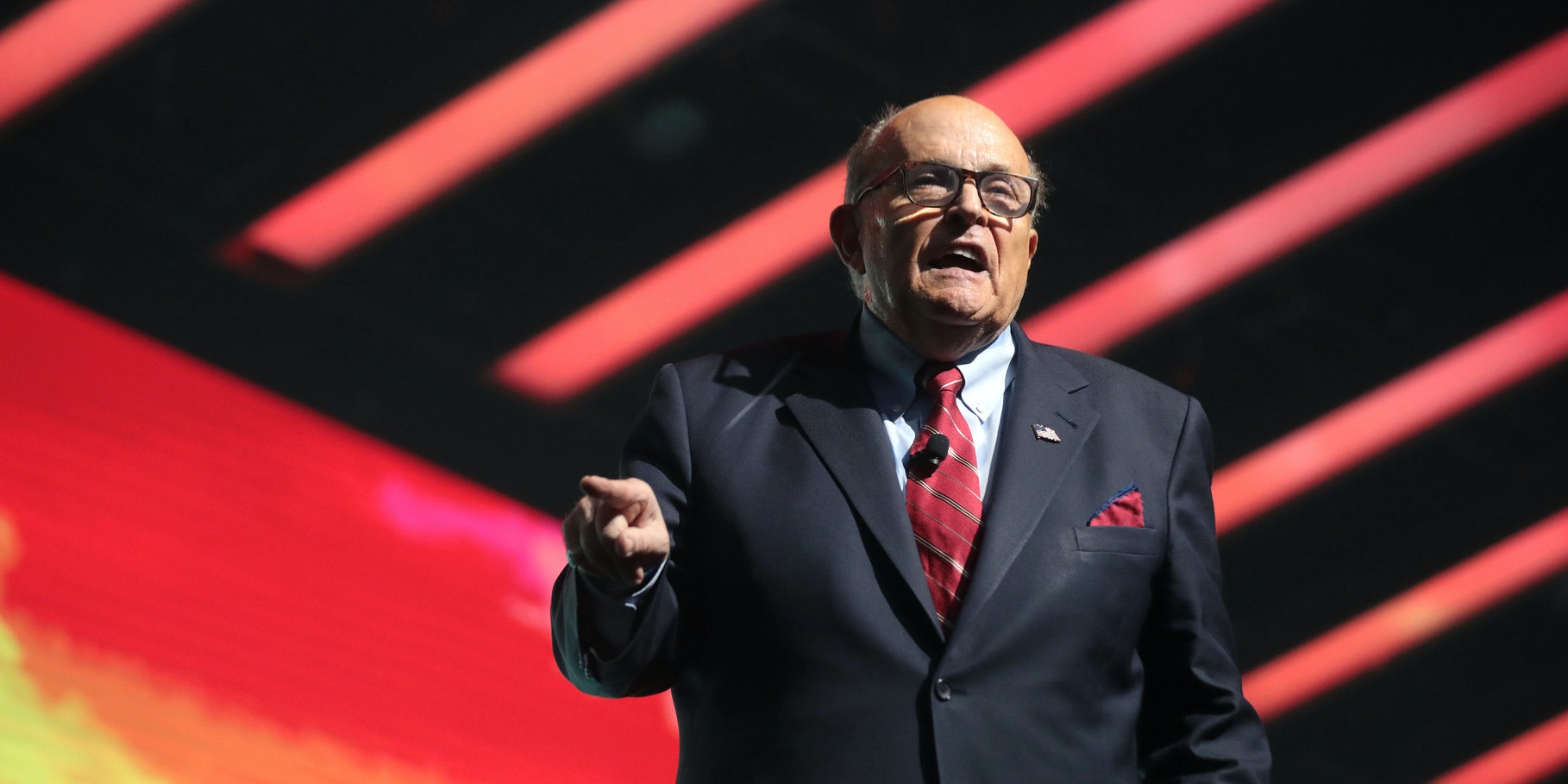 Dominion Voting Systems has filed a defamation lawsuit against Rudy Giuliani over his repeated claims that the company was part of an effort to fix the 2020 election against former President Donald Trump.

The suit, which was filed in the United States District Court for the District of Columbia on Monday, seeks $1.3 billion in damages. Dominion filed a similar lawsuit against Trump lawyer Sidney Powell. The company had become a target of election conspiracy theories.

“Dominion brings this action to set the record straight, to vindicate the company’s rights under civil law, to recover compensatory and punitive damages, and to stand up for itself, its employees, and the electoral process,” the suit reads.

Within the lawsuit, Dominion notes how Giuliani tweeted claims about the company, spoke about the company on his podcast, and “repeated the falsehoods” on Fox News and Fox Business, among other things.

The suit also notes that Giuliani hawked products on his podcast while speaking about Dominion, noting that he “cashed in by hosting a podcast where he exploited election falsehoods to market gold coins, supplements, cigars, and protection from ‘cyberthieves.'”