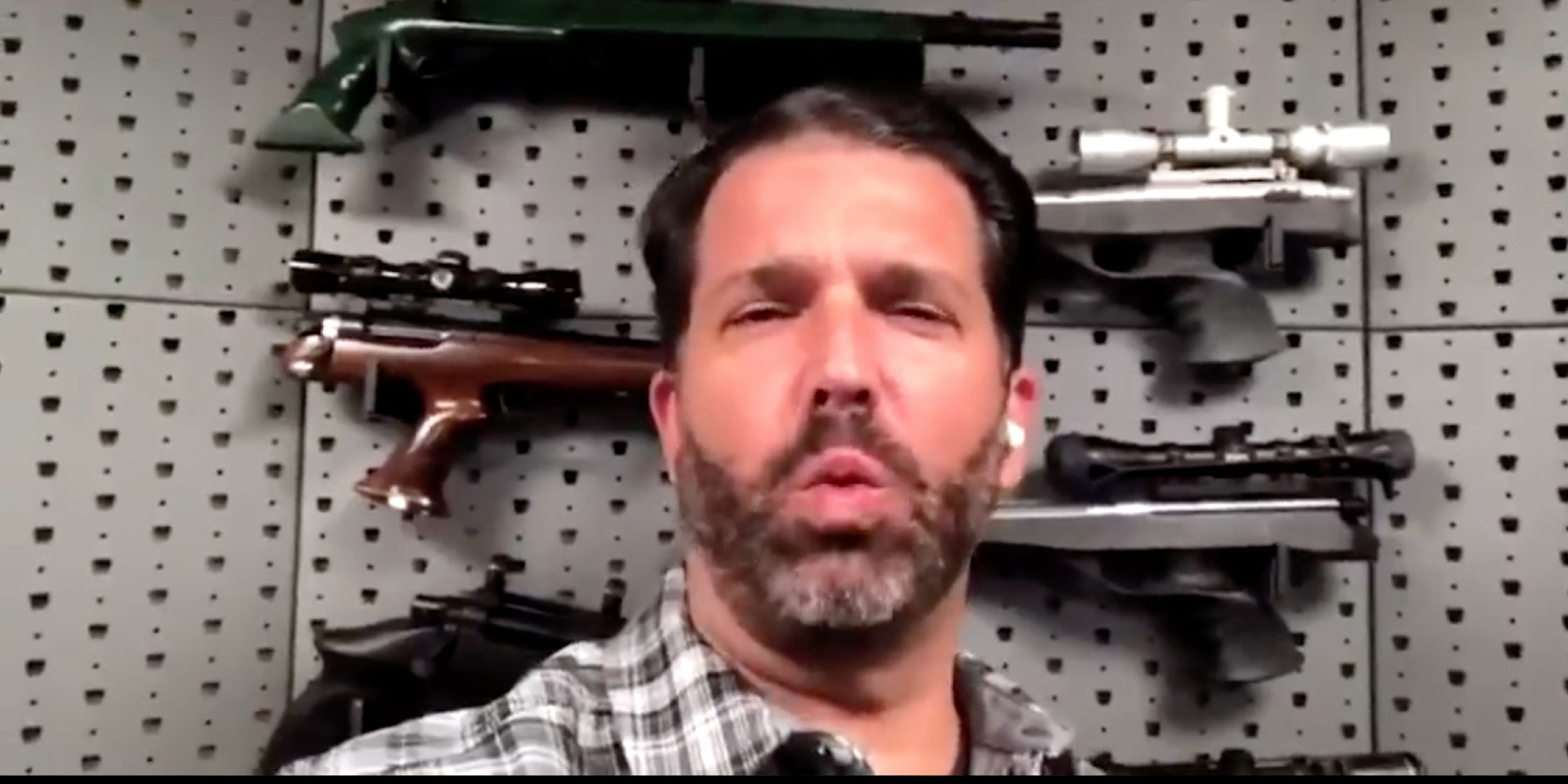 Donald Trump Jr. has gone viral online after uploading a bizarre video in which he rails against a teachers union while standing against a wall of firearms.

The clip, which made its way to Twitter on Saturday, has been viewed several million times and has led many to question the mental state of Trump Jr.

After accusing Democrats of hypocrisy on the topic of science, Trump Jr. begins discussing the failure of “the teachers union” amid the coronavirus pandemic.

“You’ve seen what they’ve done over the last couple of months, the way they’ve basically held up progress, prevented schools from opening,” Trump Jr. says. “The teachers union and those representing them have definitely failed our children in terms of education and everything else. I mean, the teachers union has certainly failed the science they’re supposed to be teaching us, because, again, it’s all political.”

Ignoring the fact that there isn’t just one teachers union and instead many unions, Trump Jr.’s tirade appeared to rub many the wrong way.

Many also suggested that it appeared as if Trump Jr. was filming a hostage video.

“This looks and sounds like an extremist video posted from a bunker of undisclosed location,” Aaron Rupar said.

Some users argued that criticizing teachers while displaying firearms was inappropriate.

“Don Jr. likes to stand in front of his gun collection when he talks about education,” @gooneycat wrote. “Don’t ya think a book shelf might be a little more appropriate, dumb ass?”

But the vast majority of users accused Trump Jr. of being on drugs.

Specifically, Trump Jr. was accused of using cocaine, an allegation that has followed the son of former President Donald Trump for several years. Trump Jr. has repeatedly denied using cocaine.

The fiasco resulted in the term “Don Jr.” becoming a top trend on Twitter throughout the day.

The post Don Jr. rants about teachers unions in front of gun wall appeared first on The Daily Dot.