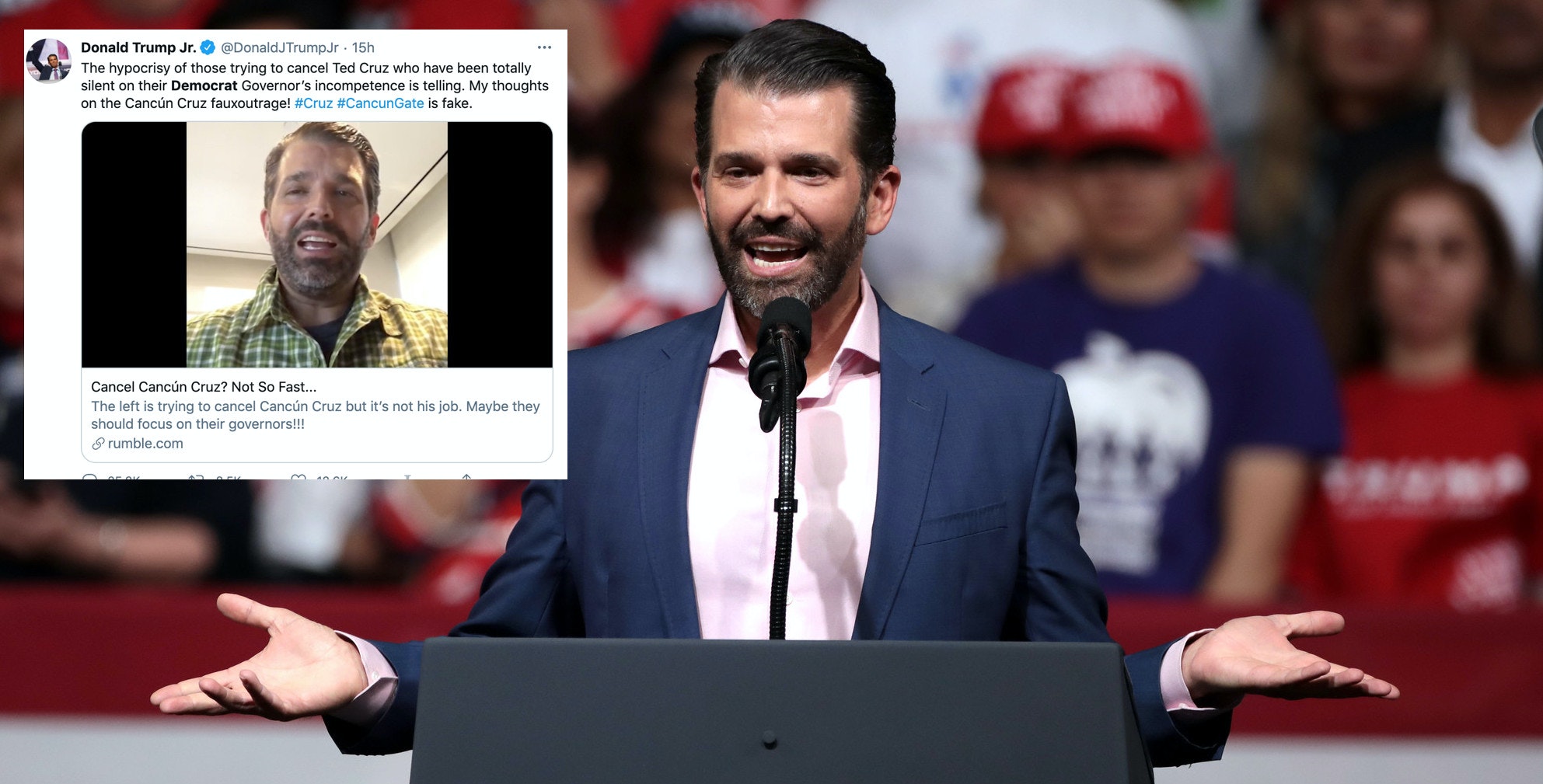 This week has shown that Republicans have no qualms about lying to you about the situation in Texas, from blaming wind power for energy grid failures, to Sen. Ted Cruz’s (R-Texas) numerous misleading statements about his own trip to Cancùn.

Last night, Donald Trump Jr. upped the ante, trying to place the blame for the mess in the Lone Star State, which has left millions without food, power, or water, on the state’s Democratic governor.

The only problem with that? Texas’ governor is a staunch Republican.

In a tweet, Trump Jr. blamed “Democratic governor’s incompetence” while discussing how he wasn’t going to cancel Cruz over his decision to go to Cancún, noting how he thought it wasn’t a big deal.

“The hypocrisy of those trying to cancel Ted Cruz who have been totally silent on their Democrat Governor’s incompetence is telling. My thoughts on the Cancún Cruz fauxoutrage! #Cruz #CancunGate is fake,” he wrote.

In the video on Rumble, Trump Jr. doesn’t actually mention the party of Texas’ governor, just that he should take the bulk of the blame. But he’s left his tweet up, which was dunked on, because Texas Gov. Greg Abbott is, without a doubt, a Republican.

In the video, Trump Jr. also attempts his father’s cadence and emphasis when he says “sometimes.”