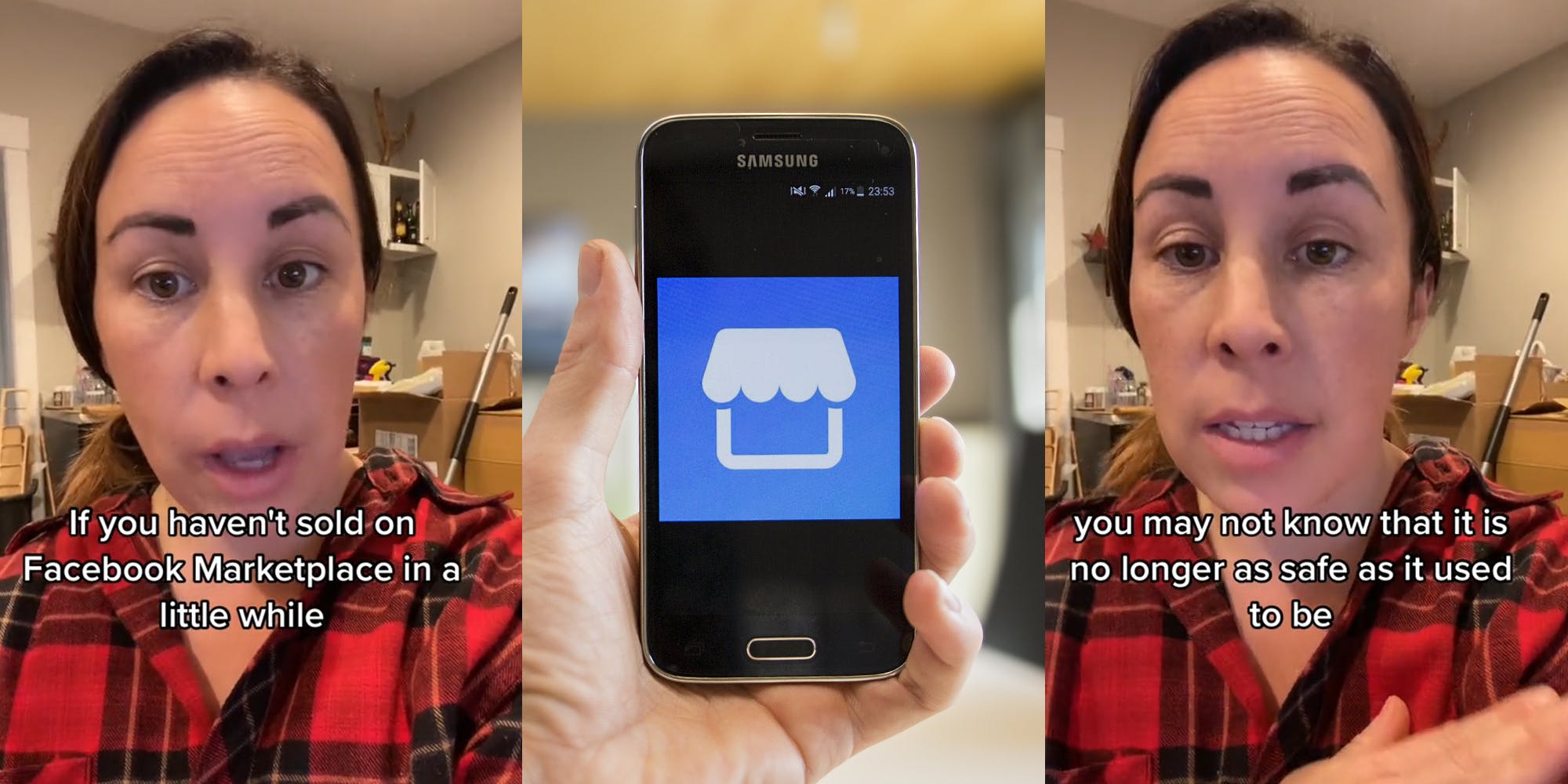 A TikToker who posts under the handle @northidahomade uploaded a now-viral clip about a common scam they’ve allegedly come across multiple times on Facebook Marketplace.

In the video, the creator attributes the influx of scammers to a recent change in the end-user experience with the platform. Throngs of other TikTokers chimed in with stories and encounters with attempted fraud that they’ve run into themselves.

“If you haven’t sold on Facebook Marketplace in a while you may not know that it is no longer as safe as it used to be,” the creator starts in the clip. “The big change occurred just this year but it has become overrun with scammers because they’ve just figured out how to get people’s information from the marketplace.”

The TikToker then explains how these people are able to scam folks with listings on Facebook Marketplace, saying that once you upload an item to sell, you will more than likely get 10 messages asking if it’s available. However, when you respond, these people will never reply back and instead delete their profiles, she says.

She then delineates what folks should look for when listing items on Facebook Marketplace and how they should go about interacting with potential customers who are more than likely a part of a scamming plot.

“Here’s your first red flag,” the creator warns. “The person’s gonna say, ‘I’m interested in your item, I wanna come get it, text me at my number.'”

She says that under no circumstances should you engage in a text message conversation with them using your phone number.

“Don’t text them at their number. What they’re trying to get is your phone number,” the TikToker explains. She claims the person will ask you to verify a Google verification code sent to your number to make sure that ‘you’re a real person’ but that you should never give them the code.

“If you already are in a text conversation with this person it’s not too late,” she says. “But do not under any circumstance give them that Google verification code. This extremely common Facebook marketplace scam is them trying to verify your Google identity so that they can get a Google Voice number with a United States area code. They will then use this phone number to scam other people.”

She capped off her video stating, “The main takeaway here is you really never need to change platforms. If you’re talking to someone on messenger you don’t need to talk to them on the phone. Also watch out for broken English or misspelling. They usually come across with an aggressive vibe. A lot of them these people send you a message and before even waiting for you to respond they’ll send a bunch of question marks.”

Reader’s Digest reported that there are a variety of different Facebook Marketplace scams for people to look out for, as fraud can be quite common in online selling/re-selling markets. One of the top ones the outlet mentions is this very same ploy. RD also suggests users watch out for buyers who are adamant about sellers mailing items, or folks who offer to pay above the asking price for goods. There are also tons of fake rentals/housing locations on Facebook Marketplace, so dwelling-seekers should do their due diligence.

TikTokers who saw @northidahomade’s post shared their own negative experiences while using Facebook Marketplace, along with some cautionary bits of advice themselves.

User @simplydivineartbysb wrote, “It’s with Zelle and their brother/sister needs to pick it up cause they’re out of town,” while another user on the platform penned, “Anything with Zelle too!!”

Some even mentioned that specific verbiage can also be a red flag: “They always say ‘please so kindly’ and then I’m like yep,” one user wrote.

B, another TikTok user who claimed to work for Facebook-owned Meta, said: “marketplace was such an issue that even employees discouraged eachother from using it”

The Daily Dot has reached out to Meta and @northidahomade via email for further comment.

The post ‘Don’t ask how I learned about this’: Woman claims Facebook Marketplace is ‘overrun with scammers,’ warns against using it to sell items appeared first on The Daily Dot.

AI art is taking over social media, but creators are divided
‘It’s not even hand crafted’: McDonald’s worker shows how iced mocha latte drink is made
Advertisement