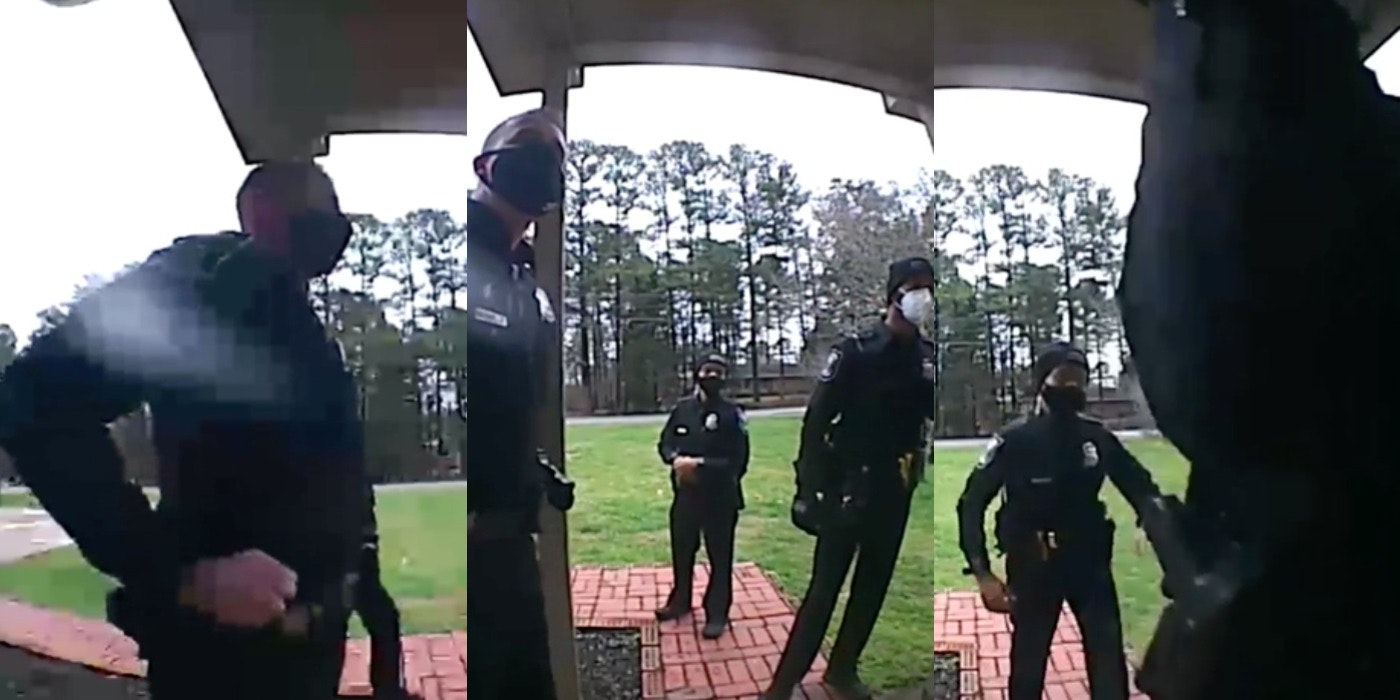 A doorbell camera video shared to Reddit this week shows police allegedly barging into a residence in the Atlanta metro area.

Posted to Reddit’s popular r/PublicFreakout page by u/thedisapprovingballs, the footage shows a brief conversation between DeKalb County police and a woman that comes to answer her door. The video was recorded by a Ring doorbell camera.

The clip starts with three officers standing in a line on the front porch. The unseen woman asks the police how she can help them.

“We had a call about a disturbance here,” the lead officer says, adding that a bystander informed them about yelling inside.

The officers about the whereabouts of the woman’s family members and who’s inside the house. As she explains to them that there’s no issue, the doorbell camera shows the officers barging inside.

As they push in, the unidentified woman yells, “Wait a minute, wait a minute!”

The redditor who posted the video shared an alleged quote from the woman. “From the owner of the ring ‘what did I do wrong for my constitutional rights to be violated? No warning, no warrants, no cause, just out of nowhere made me scared for my life,'” the comment said.

“No arrests were made, someone walking by the house apparently called the police,” the woman added. “My husband and daughter were playing/laughing/screaming. I have filed a complaint. Waiting for the supervisor to respond, I want his badge or lawsuit.”

The Mars landing of the Perseverance rover collided with Ted Cruz for a new level of memes
This week on the internet: Ted Cruz’s Cancún getaway and ‘Cruella’ memes
Advertisement