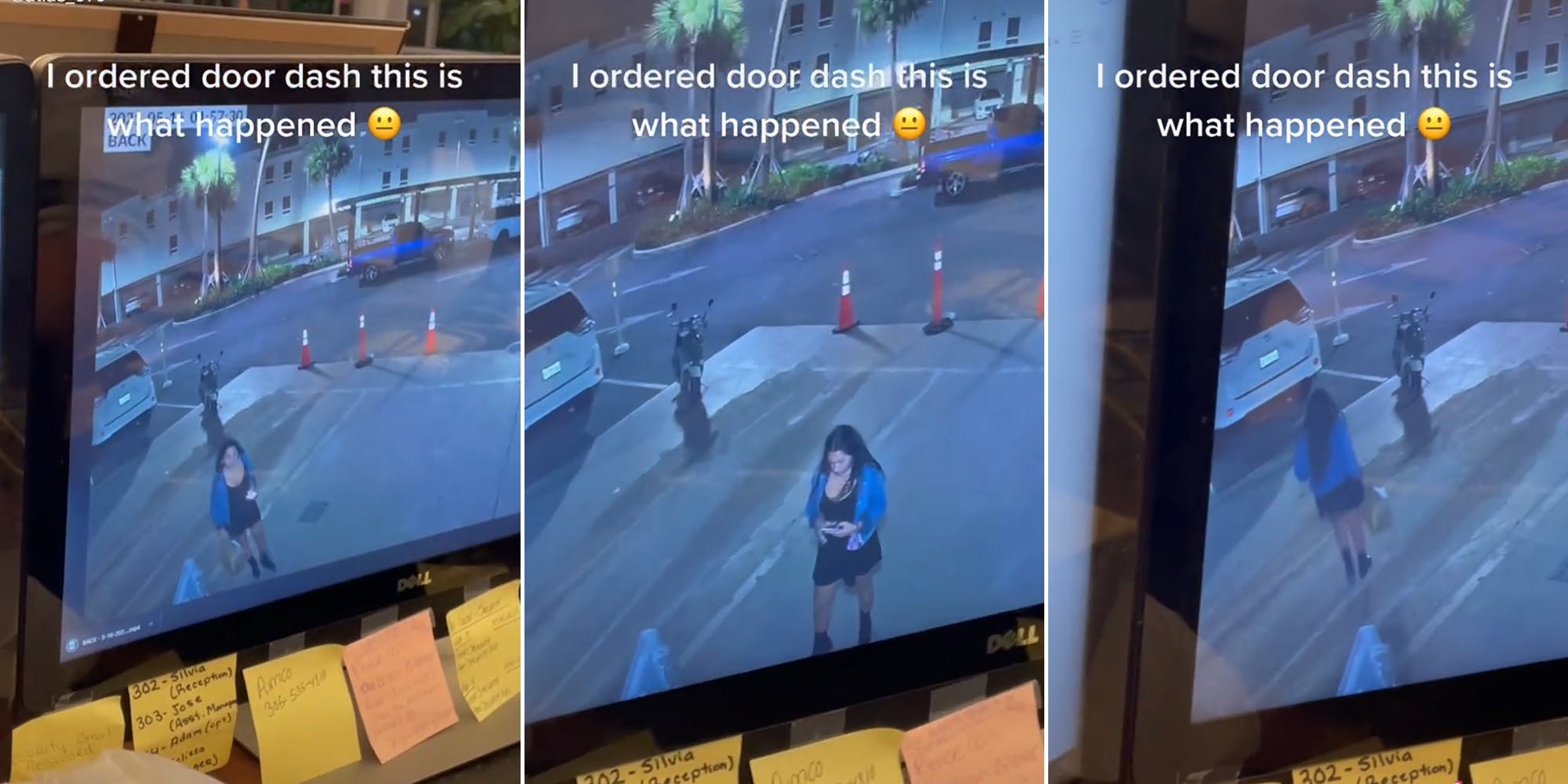 Living through the pandemic has meant figuring out new ways to interact with strangers as little as possible. Apps like DoorDash and Postmates have helped with this, adding “contactless delivery” as an option while ordering food, so your delivery person can, theoretically, simply leave your meal safely outside your door for you to grab once they’re gone.

But this doesn’t always work out quite the way one would hope.

A TikToker is exposing one DoorDash driver who followed the protocol for contactless delivery perfectly—until she took off with his food.

TikToker @atlas_070 shared security footage of the incident, which showed a woman walking up to his building’s door and setting his bag of food down on the ground. Then, she takes a photo of it, which she presumably uploaded to the app as proof of delivery—something in place to protect gig workers from customers falsely claiming they never got their order in this new world without direct handoffs.

But immediately after taking the photo, the DoorDasher picks the bag right back up and heads back to her bike.

A followup from @atlas_070 claims DoorDash cut ties with the worker and that the company gave him a free meal to compensate for the mishap. He says, however, that it got the order wrong.

Unfortunately, this is hardly an isolated incident.

Another TikTok video showing an identical situation—a DoorDash driver taking a photo of the food and then running right back off with it—went viral at the end of 2020. And others have been sharing their similar experiences with food delivery apps on social media throughout the pandemic.

“Have had this happen a few times and this is why I tip cash and meet them at the door now,” one user commented on @atlas_070’s video.

Another noted that they are a DoorDasher themselves and are “amazed with how many drivers steal people’s food. Including when almost everyone has cameras now days.”

Some cynical commenters suggested this is what happens when customers don’t tip, but @atlas_070 said he’d added a $10 tip to the order prior to his food being taken.

The Daily Dot has reached out to DoorDash.

The post DoorDash driver caught taking photo of customer’s order to prove it was delivered—before taking off with the food appeared first on The Daily Dot.

‘Hey Jeff, do you feel bad when your Amazon workers die in the warehouse?’: TikTokers bully Jeff Bezos
‘Why would y’all think profiting off our suffering is OK?’ Black people are already begging brands not to do Juneteenth holiday sales
Advertisement