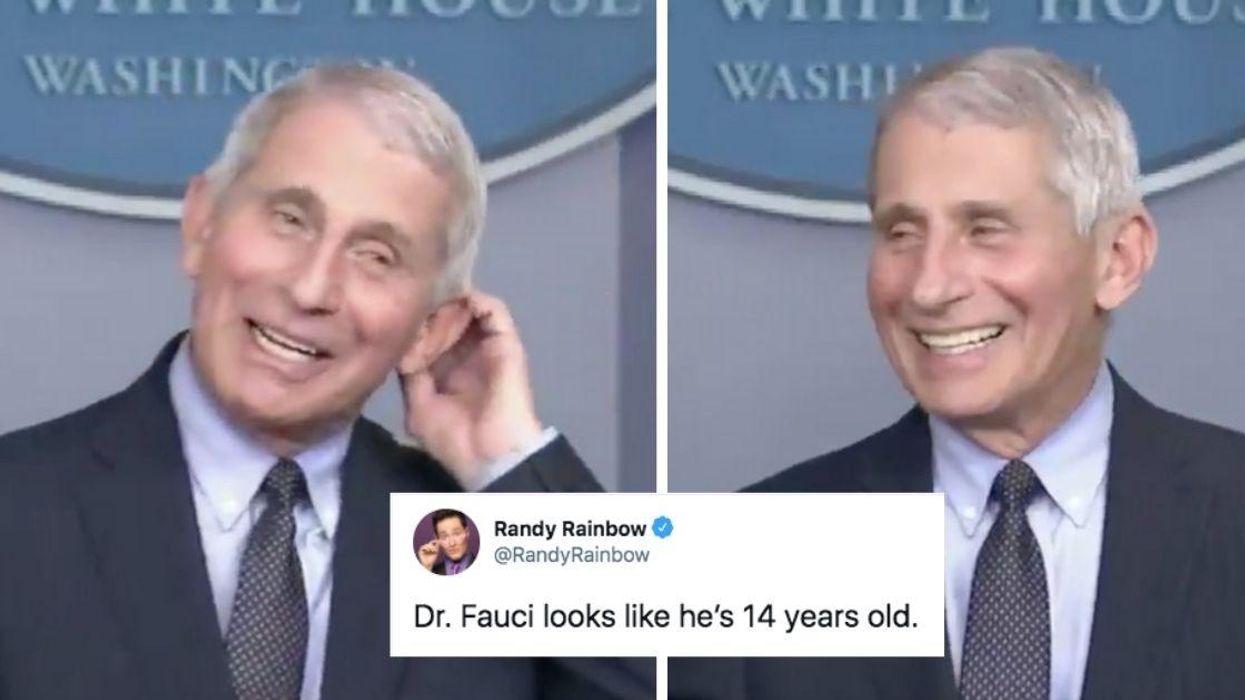 Of the millions of Americans breathing a sigh of relief with the ushering in of a new president, one man has a particularly personal and professional reason to exhale.

Dr. Anthony Fauci has spent a good portion of his long, respected career preparing for a pandemic, and unfortunately, the worst one in 100 years hit under the worst possible administration. As part of Trump’s Coronavirus Task Force, Dr. Fauci did what he could to advise the president and share information with the public, but it’s been clear for months that the job was made infinitely more difficult than it should have been by anti-science forces within the administration.

To his credit, Dr. Fauci remained politically neutral through it all this past year, totally in keeping with his consistently non-partisan, apolitical approach to his job. Even when the president badmouthed him, blocked him from testifying before the House, and kept him away from press briefings, Fauci took the high road, always keeping his commentary focused on the virus and refusing to step into the political fray.

But that doesn’t mean working under those conditions wasn’t occasionally insulting, frequently embarrassing, and endlessly frustrating.

Now, with the Biden administration taking over, scientific expertise is being placed at the forefront of all parts of the coronavirus response. (As opposed to, say, putting the vice president who has no medical training in charge or adding a radiologist with no infectious disease expertise to the team halfway through the pandemic.) Dr. Fauci will remain as director of the National Institutes of Health and serve as the president’s Chief Medical Adviser, in addition to serving as the representative of the U.S. at the World Health Organization, which we have now officially rejoined.

Biden has pulled together a COVID-19 response team made up of experts in the fields of infectious disease, medicine, and healthcare systems, and the new focus on putting science first appears to have liberated Dr. Fauci. He appeared at a White House press briefing today looking more jovial than we’ve ever seen him.

Dr. Anthony Fauci on former Pres. Trump: “You didn’t feel that you could actually say something and there wouldn’t… https://t.co/mn2sHjse7o

That’s not to say that Dr. Fauci didn’t speak his mind under the Trump administration. He just got in trouble for it when he did.

Dr. Fauci, asked if would like to revise or take back any statements he made over the last 10 months, responds: “No… https://t.co/yGp9AK5Ogg

He also mentioned that he had just had a conversation with President Biden 15 minutes before, in which the President made it clear that the priority was “to be completely transparent, open and honest” and to “make everything we do based on science and evidence.”

Dr. Fauci on what’s different about the Biden admin: We’re going ‘to be completely transparent, open, and honest. I… https://t.co/oQzhrltww4

In contrast to previous press briefings, Fauci was practically giddy as he smiled and laughed answering some of the reporters’ questions. We may be at the worst stage of the pandemic, but knowing we have competent grown-ups in charge to bring us out of it is cause for celebration.

Dr. Fauci is far too classy of a guy to ever directly criticize the former president or complain about what it was like to work under him, and this may be the closest we get to seeing him unload. But even just his relaxed demeanor and the clear joy and relief on his face as he speaks freely is great to see. Poor guy has been through enough. He deserves this moment in the sun.