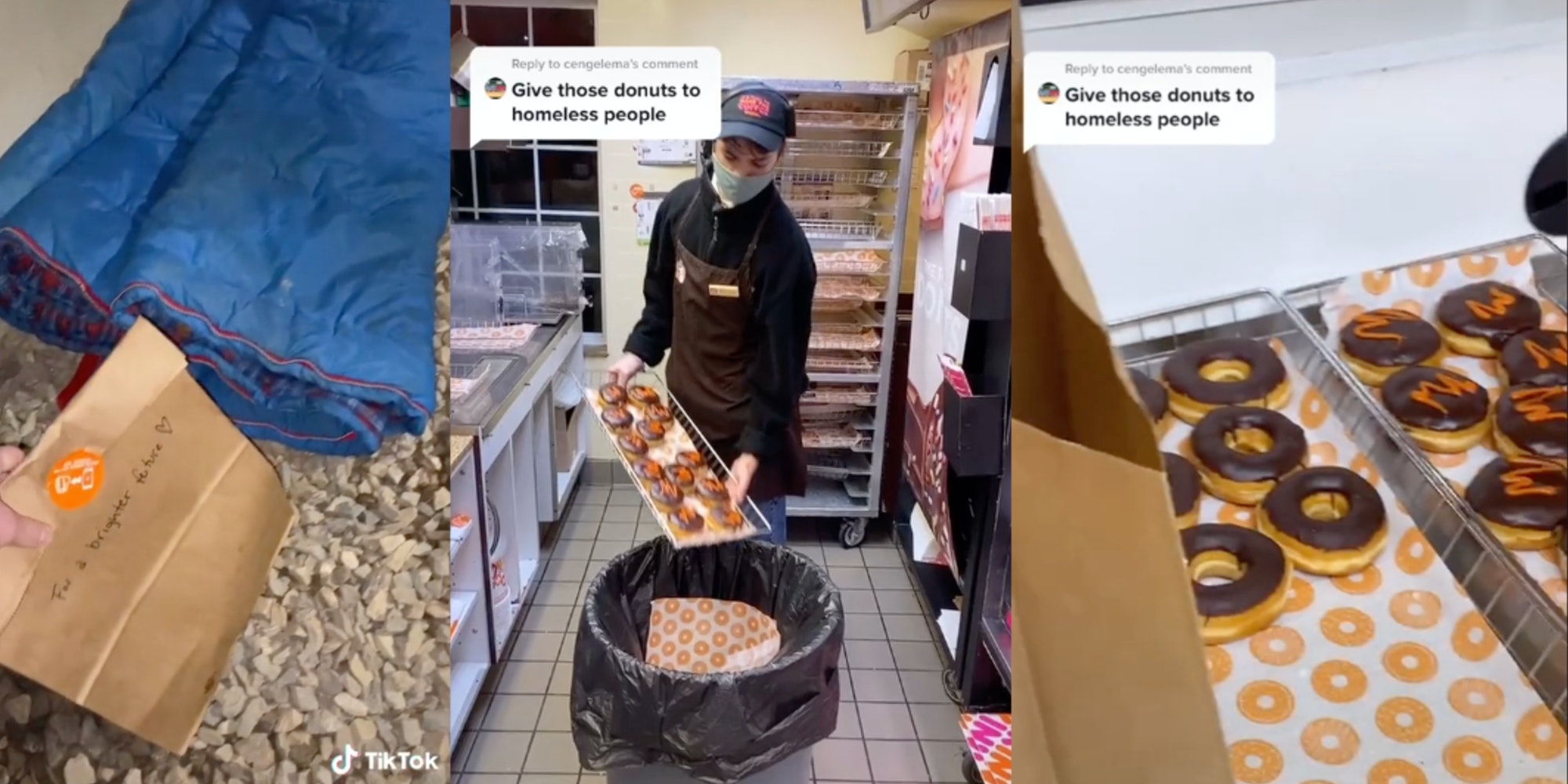 According to a new TikTok video, the Dunkin’ Donuts employee who recently went viral for showing large amounts of donuts getting thrown away was fired.

TikToker Bryan Johnston, @bryanjohnston_, posted the viral TikTok video, which has over 25 million views, on Tuesday. The video unwittingly thrusted the donut chain into the national spotlight and renewed a discussion of its food waste policy, particularly in light of the country’s homelessness and food insecurity crises.

The 16-year-old later provided details surrounding his termination in a video. “[The video] blew up because everybody was really upset about all the donut waste,” he said.

Then he showed a photo of himself teary-eyed, with a sarcastic thumbs-up, and the caption: “just got fired.”

“I got fired because corporate apparently contacted my manager about the video, and she went and fired me. Today was really, really hard because I love making videos for you guys. I made videos [giving donuts] to the firemen and the homeless, and I’m pretty sure that’s what got me fired. Clearly, Dunkin’ doesn’t want me to people to see they’re throwing away that many donuts, just because they don’t want to pay people to give them to the homeless,” he said.

In that video, Johnston is responding to a user who encourages him to “give those donuts to homeless people” rather than throw them away. He obliges and packages the donuts that would have gone to waste and gives them to a fireman and a homeless person.

However, many are saying it’s the video posted before those two videos that likely got him fired. In the video in question, he played “two truths and a lie.” Of the three choices, he suggested that Dunkin’ doesn’t make their own donuts and that Dunkin’ may be causing birth defects by allegedly including lead in its matcha.

After his termination, Johnston listed information to help support him financially in his bio.

Johnston also did not wait not to clapback at Dunkin’. He posted another video featuring him struggling to figure out what to do next and going into Starbucks, suggesting they treat their employees with more respect and that “the coffee is actually really good.”

He also used some of the donations his supporters sent him to buy donuts from Krispy Kreme for healthcare workers. “I wanted to use some of this to do what I’m best at,” he said, pointing to the Venmo donations. “Not from Dunkin’ though, from Krispy Kreme. Better donuts.”

In that video, he plugged his new YouTube channel, where he posted a longer video of himself giving donuts to healthcare workers.

The post Dunkin’ employee says he was fired for giving donuts that would have gone to waste to the homeless appeared first on The Daily Dot.