Electric performances shine in the messy ‘House of Gucci’ – Nogagames 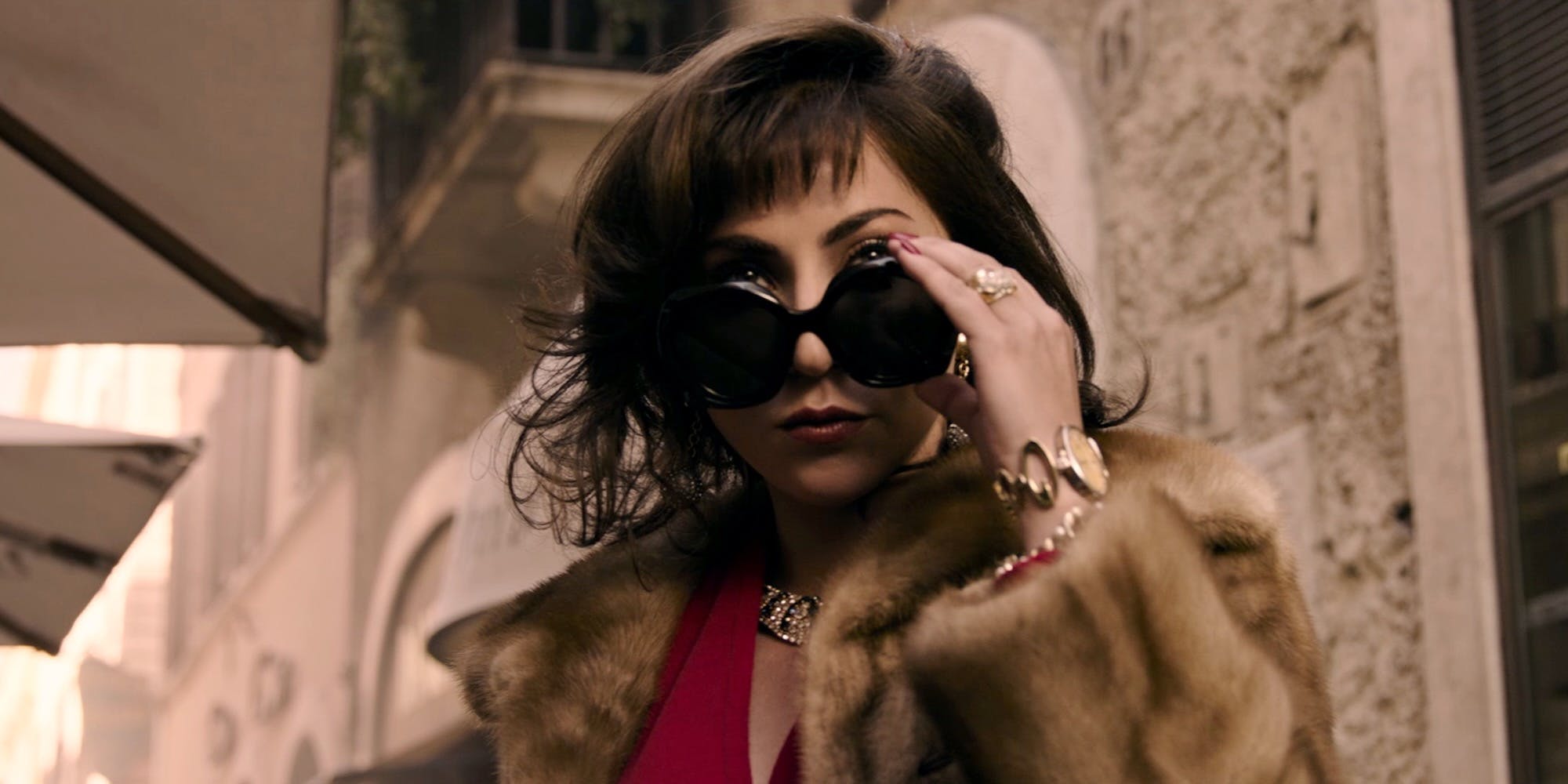 There are at least two different movies tucked away in House of Gucci, Ridley Scott’s extravagant and expansive delve inside the waning years of a fashion dynasty and the relationships that influenced it. With a runtime of just over two-and-a-half hours and spanning around 20 years, it loops in a rom-com-esque meet-cute, a bombastic family melodrama, a biting satire directed right toward the wealth and exuberance it’s depicting, and some metaphorical and familial backstabbing that would fit right into the world of Succession. Given the sprawling nature of the story House of Gucci is trying to tell, you could make an argument that it would’ve made an instantly addictive TV event in the golden age of the prestige limited series.

RELEASE DATE: Nov. 24, 2021
DIRECTOR: Ridley Scott
RELEASE: Theatrical
‘House of Gucci’ interweaves the contentious waning years of a fashion dynasty alongside the real-life murder of Maurizio Gucci on the orders of his ex-wife, Patrizia Reggiani. Filled with lavish costumes and several performances dialed up to an 11 that provide plenty of fun, ‘Gucci’s two distinct stories don’t always coalesce.

On paper, House of Gucci had it all: Director Ridley Scott—with his second movie in as many months arriving in theaters—at the helm, a litany of stars, a juicy tale full of family betrayal, and a story that evoked jealousy, greed, and a violent end. The reality, like much of House of Gucci itself, is a lot messier. The performances are dialed up to an 11 (but everyone’s idea of an 11 varies wildly), the pacing is all over the place. Its vast focus means that some characters tend to disappear for stretches and the different aspects within House of Gucci never quite come together, and even some of the needle-drops are on the distracting side. But I can’t deny that I still had a hell of a time watching it.

Just who are the Guccis? As Patrizia Reggiani (Lady Gaga, doing the absolute most in a much-discussed Italian accent that will either work for you or won’t), tells it, the Guccis view themselves as royalty, on a tier above the rest who needn’t bother with outsiders trying to push their way in. They will resist, almost to the detriment of Gucci the Brand, change of any kind. (An early argument involves one Gucci in favor of opening stores in malls while another Gucci is horrified by the aspect of “devaluing” the brand by catering to something as lowbrow as a “mall.”) Blood means everything to them, but it’s not enough of a deterrent to stop from plotting to boot family members running the brand into the ground out of the business. House of Gucci, which is based on the nonfiction book from Sara Gay Forden, seems to frame the actual Guccis as a kind of modern-day Medicis, although the script from Becky Johnston and Roberto Bentivegna doesn’t always support that.

Patrizia very much wants to be a part of the Gucci family and lifestyle. But, as both the film and Scott himself attest, Patrizia’s relationship with Maurizio Gucci (a more understated Adam Driver)—whose murder she would eventually hire gunmen to carry out—started out as love. Some of the early scenes between Patrizia, who works at her father’s trucking business, and Maurizio, a shy and bookish law student who’s not as charmed by the allure of Gucci as the rest of his family, play out like a rom-com waiting to happen: It’s fun and silly as both Gaga and Driver bring on the charm—Driver’s size lends to perpetuating the kind of gangly awkwardness that Maurizio exudes here incredibly well—and House of Gucci isn’t taking itself too seriously.

Eventually, we meet the rest of the Gucci family. Maurizio’s father Rodolfo (Jeremy Irons), who desperately tries to cling to the past and still looks chic doing it, disapproves of the relationship and believes that Patrizia is little more than a golddigger; Maurizio chooses Patrizia and marries her anyway. His uncle Aldo (Al Pacino) is more welcoming, eventually looping the newlyweds back into the fold because his nephew with a wife from a lower class is better than his son Paolo (Jared Leto), the black sheep of the family who pretty much nobody can stand. Before we even meet Paolo, we hear Aldo openly complain about his son’s incompetence, noting that “he’s an idiot, but he’s my idiot” on more than one occasion, which, if you somehow managed to go into House of Gucci without seeing a single frame, still doesn’t prepare you for the experience of watching Paolo on-screen or hearing him speak.

Leto, donning a fat suit and prosthetics that make him “unrecognizable,” is like watching a caricature of a caricature and listening to a mashup of Nintendo’s lineup—Mario? Luigi? Wario? Take your pick—try their hands at being a fashion designer, ambitions the family instantly mocks. The Guccis are not fans of Paolo’s wardrobe or pairing browns with pasteles. Paolo is involved in some of the film’s funniest and more tragic moments (of the non-murder variety), and there is something truly tragic in his story, but Leto’s performance threatens to derail the movie anytime he shows up, whether he’s waxing on about not confusing the difference between shit and chocolate or talking about an item’s chicness. Given their taste of the world they could be part of, it’s only a matter of time before Patrizia and Maurizio start setting their sights on Gucci no matter the cost, even if it means that they might have to “take out the trash,” an effort that somehow manages to feel rushed and overly long; some character choices can feel sudden as a result, even if you can figure out where it’s generally going.

House of Gucci is truly Lady Gaga’s showcase. The film comes alive whenever she’s on it, bolstered by Janty Yates’ (Gladiator) expansive and elaborate costume design. It’s a tight catwalk, one that takes Patrizia from a more naïve position to a woman desperate enough to cling to wealth and power to turn to hired gunmen, and Gaga eats it up.

The unfortunate side-effect is that most of the rest of the cast, as talented as they collectively are, can’t always match that level; Salma Hayak, playing the psychic Pina Auriemma (who became a friend and confidant to Patrizia), doesn’t leave much of a mark. The backstory of Gucci, a company that wants no input from a woman and outsiders and is struggling to stay relevant, is rife for a more luxurious drama—again, we love to watch some good backstabbing on the big screen—but in this film, that story feels more like a slog.

House of Gucci is lavish and pristine with bop after ’80s bop blasting in the background even as it aims to take on the very kind of exuberance it’s showcasing. The jabs don’t always work, but the blows land enough to make for an entertaining stroll down the catwalk.

House of Gucci arrives in theaters on Nov. 24.

The post Electric performances shine in the messy ‘House of Gucci’ appeared first on The Daily Dot.

‘That was not OK’: Viral TikTok shows Karen screaming at storage facility employees to ‘move faster’
‘This neighborhood is a downgrade for me’: Man confronts ‘Karen’ who shows up at his front door
Advertisement