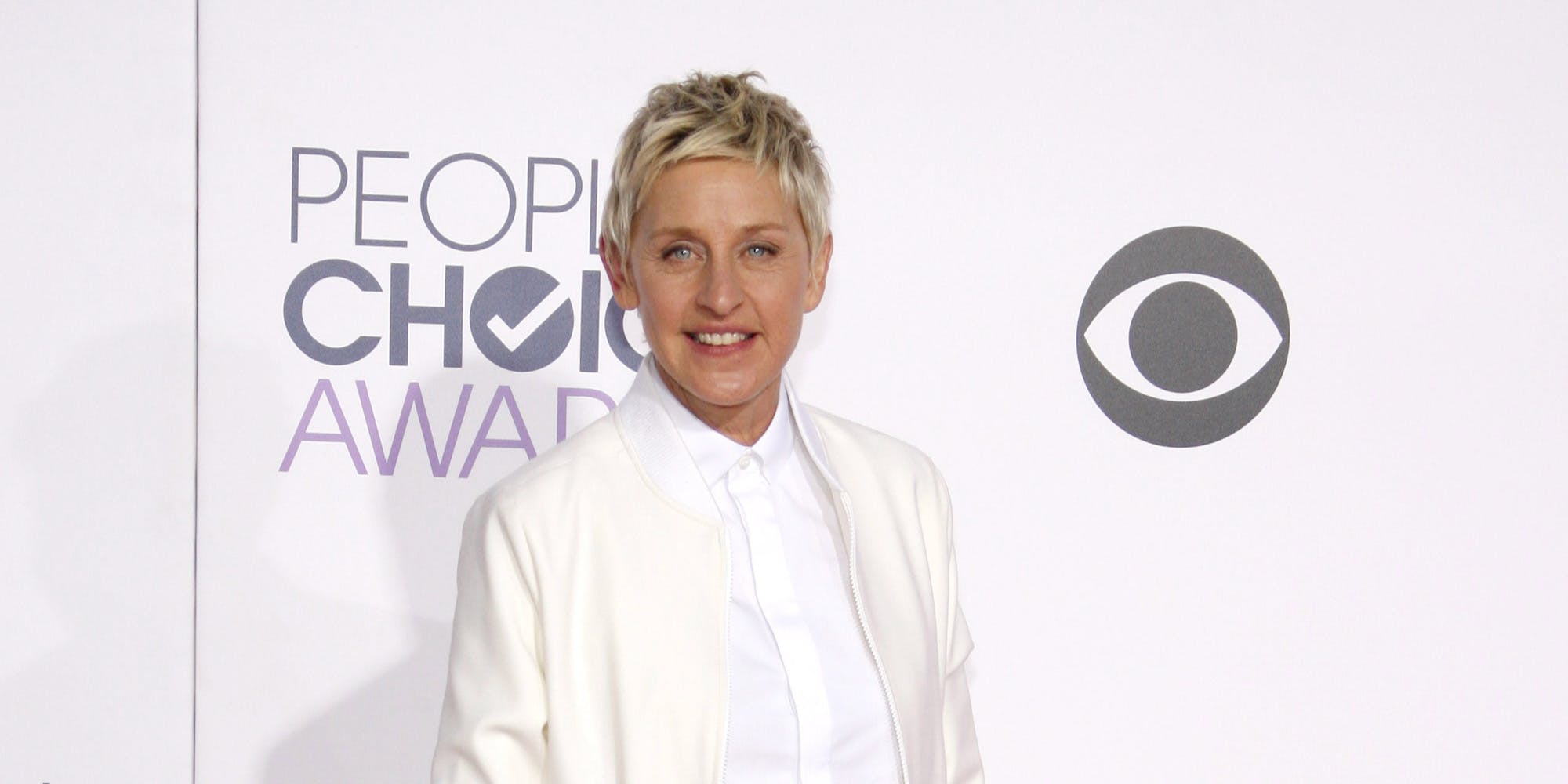 After a 19-year run, Ellen DeGeneres announced that she’s ending her talk show in 2022, a move that’s being met not with reflection or congratulations as one might expect from the ending of a long-running program—but rather Dakota Johnson memes.

DeGeneres discussed her decision to end the show, which was something she’d contemplated for years, in an interview with the Hollywood Reporter, framing the move as a matter of creative fulfilment.

“When you’re a creative person, you constantly need to be challenged – and as great as this show is, and as fun as it is, it’s just not a challenge anymore,” she explained.

In the interview, DeGeneres touched on a number of topics including what might lay ahead of her, looking back on the series, and multiple reports of The Ellen DeGeneres Show’s toxic work environment from last year that DeGeneres admitted “almost impacted the show.”

As soon as reports of DeGeneres ending her show broke, one photo began to emerge over and over again on Twitter: A screenshot of Johnson smirking from the Nov. 27, 2019 episode of Ellen.

The story behind the Johnson smirk is the clear definition of a celebrity problem, but it’s also a story that, for some, further fractured the veneer of DeGeneres’ “Be Kind” persona by capturing DeGeneres in a lie. During that interview, DeGeneres noted that Johnson hadn’t invited her to Johnson’s 30th birthday party about a month prior to the interview. Johnson—who had already been accused of not inviting DeGeneres to a birthday party the year before—insisted she had and replied, “Actually, that’s not true, Ellen.” (An Ellen producer corroborated Johnson’s version of events.)

While DeGeneres’ reputation had already started taking hits—she was defensive after being photographed with George W. Bush at a Dallas Cowboys football game, which coincidentally was during the same weekend of Johnson’s birthday party—Johnson’s smirk became shorthand for whenever someone was caught lying as well as a response to DeGeneres herself.

It especially came into play over the summer after several reports from publications like BuzzFeed News and Variety alleged a toxic environment on Ellen that included racist comments and inappropriate behavior from several of her producers and working with non-union members to film Ellen during the pandemic. As a result, several producers were fired, Warner Bros. launched an internal investigation, and DeGeneres addressed the reports on her show, saying that she only found out how bad things were when she read about them.

“I learned that things happen here that never should have happened,” she told viewers. “I take that very seriously. And I want to say I am so sorry to the people who were affected.”

But the problem was, people didn’t really believe her when she said she only found out about the toxic environment of the show when reports came out. A March 2020 viral thread where people shared stories about DeGeneres not being very kind to people both on the set of her show and off of it, and in those reports, some of the employees interviewed believed that DeGeneres had to have known how toxic her set was.

Soon enough, people took to personally thanking Johnson for being the catalyst that would eventually lead to DeGeneres ending her show.

In her interview with The Hollywood Reporter, DeGeneres reiterated that she only learned about the toxicity through the press. And while she found the accusations of her being mean to be absurd, they were also hurtful.

“I don’t want to generalize because there are some bad people out there and those people shouldn’t work again but, in general, the culture today is one where you can’t learn and grow, which is, as human beings, what we’re here to do,” she said. “And I can see people looking at that going, ‘You don’t care about what people [went through.]’ I care tremendously. It broke my heart when I learned that people here had anything other than a fantastic experience — that people were hurt in any way.”

DeGeneres is set to speak more on her exit with Oprah Winfrey on Thursday.

The post Ellen DeGeneres is ending her show—and people shared the news with Dakota Johnson memes appeared first on The Daily Dot.