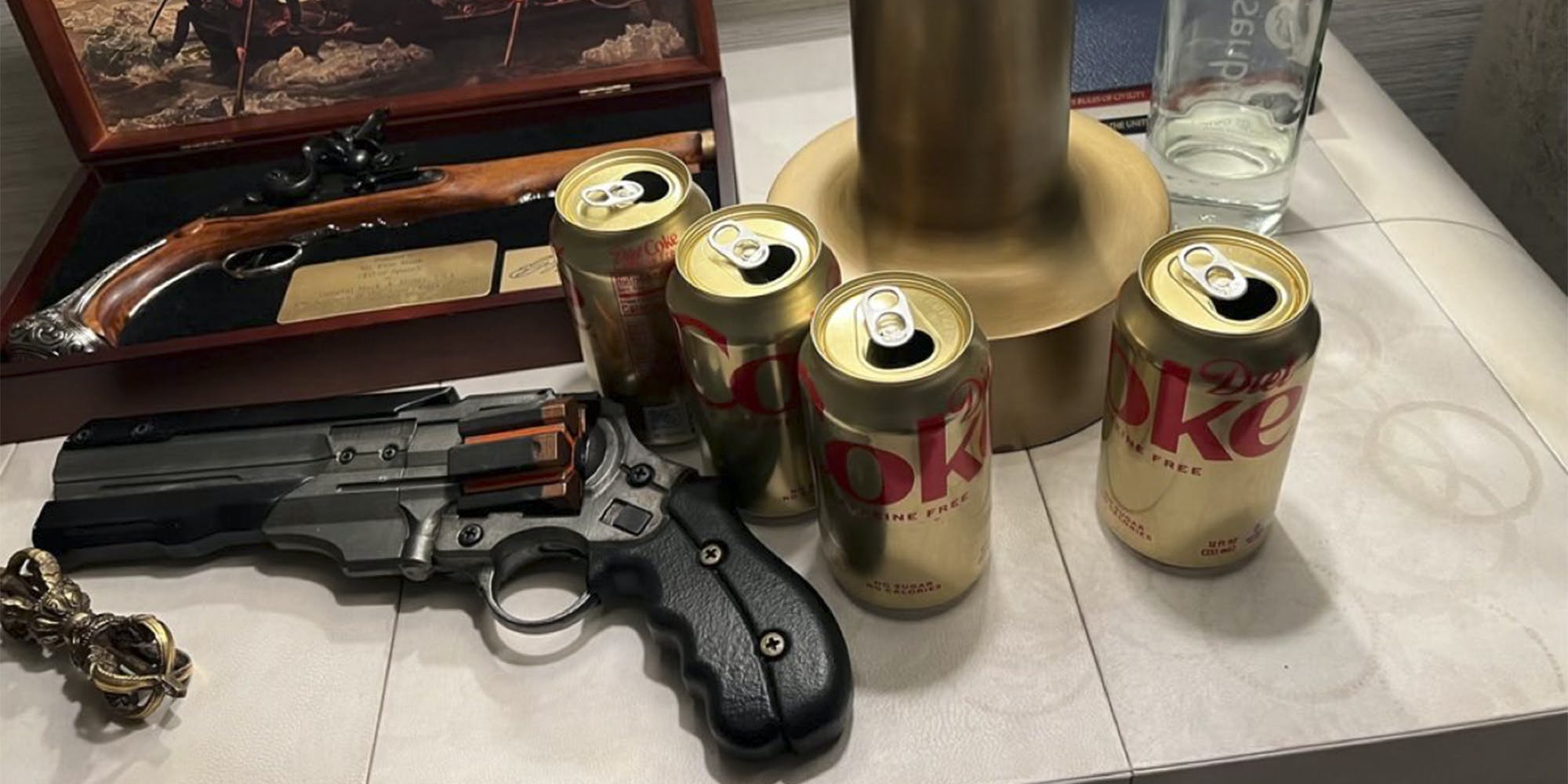 There does not appear to be anything Elon Musk won’t post about. Since taking over as owner and CEO of Twitter, Musk has been tweeting non-stop. He’s shared his thoughts on the tastiness of Thanksgiving dinner, amnesty for suspended accounts, woke merchandise in the company’s closest, and now his bedside table.

Musk shared what he sleeps next to, which left the internet appalled, albeit for several different reasons.

On it is a shockingly high number of caffeine-free Diet Cokes, a Revolutionary War-era pistol, a Tibetan meditation bell, and what appears to be a 3-D printed version of a popular handgun from a video game.

Some online couldn’t grasp drinking that much Coke without getting the benefit of caffeine at least.

Others took issue with his having a handgun on his bedside table, although it’s unclear if it’s functional. A number of users identified it as a replica of the Diamondback 357 from Deus Ex. Still, some online felt it was crass and dangerous to show off an unsecured handgun by one’s bed. (Although, again, it’s not clear if it works.)

Others thought the gun was an intentional troll, as Musk has become a champion of right-wing causes since taking over Twitter, with people viewing the picture as an effort to own the libs.

But most agreed that the bedside table best represented one thing about Musk: That he exuded divorced dad energy.

Musk has been divorced three times.

The post Elon Musk’s bedside table declared most ‘divorced’ by the internet appeared first on The Daily Dot.