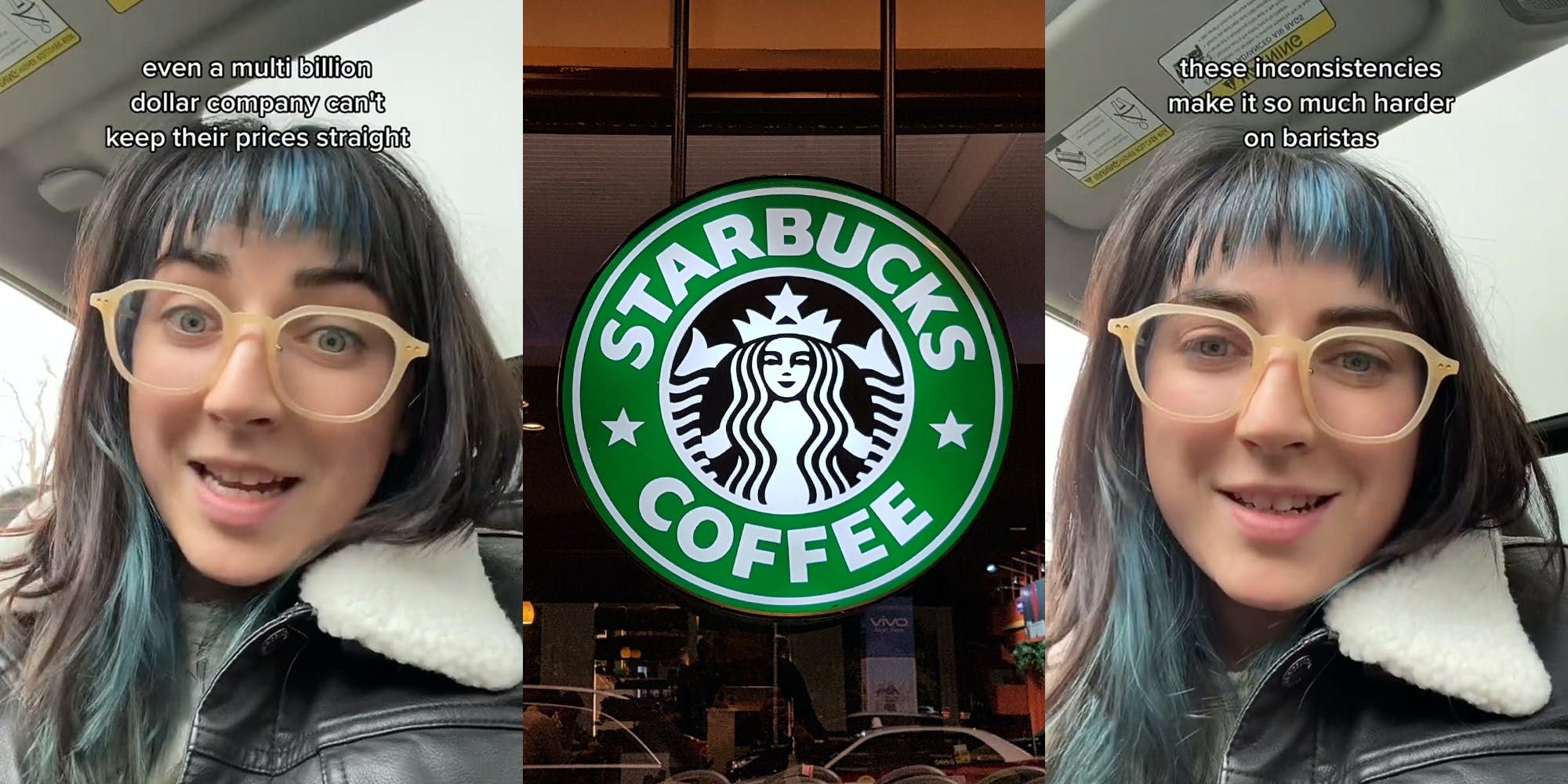 A Starbucks barista has gone viral on TikTok after criticizing the coffee giant for having inconsistent prices for add-ons to its beverages.

The video, which was posted by user Mandy (@thebudgetingbarista), features the barista sitting in a car. In the video, she explains that the prices of Starbucks’ modifications vary based on the drink you’ve ordered.

“If you’ve ever felt bad about not being able to manage your finances, even a multi-billion-dollar company can’t keep their prices straight,” Mandy says in the video. “Today I saw someone order a Venti steamed milk with 5 pumps of chai, it’s literally just a no-water chai tea latte. It’s like a dollar-something less. Which, I love when people save money, like ‘good for you’. These inconsistencies make it so much harder on baristas and are confusing for customers.”

She goes on to argue that the prices for customizations should be consistent across all drinks in order to avoid confusion and provide a better customer experience.

“No, I’m not saying just raise everything to the higher price,” she says. “Just make the prices make sense for the labor and ingredients that are going into the drinks.”

Mandy then offers another example: the price of an additional espresso shot.

“Like, why is adding an extra shot to an Americano 30 cents, but adding that same extra shot to a Latte is a whole dollar?” she questions. “Make it make sense.”

Viewers went to the comment section to complain about the chain’s pricing and point out other inconsistencies.

“Or how you can add a single pump of syrup for the same price as 100 pumps of the same syrup but if you add two different types of syrup then,” another commenter added.

“Starbucks used to be consistent with their pricing across the board… what happened?” a third asked.

The Daily Dot has reached out to both Mandy and to Starbucks via email.

The post ‘Even a multi-billion-dollar company can’t keep their prices straight’: Starbucks barista points out inconsistent prices of modifications appeared first on The Daily Dot.

‘It feels like weaponized incompetence’: Instacart customer claims male shopper lied about meatballs being out of stock
A popular Kid Rock fan account on Truth Social was run by Russian trolls
Advertisement