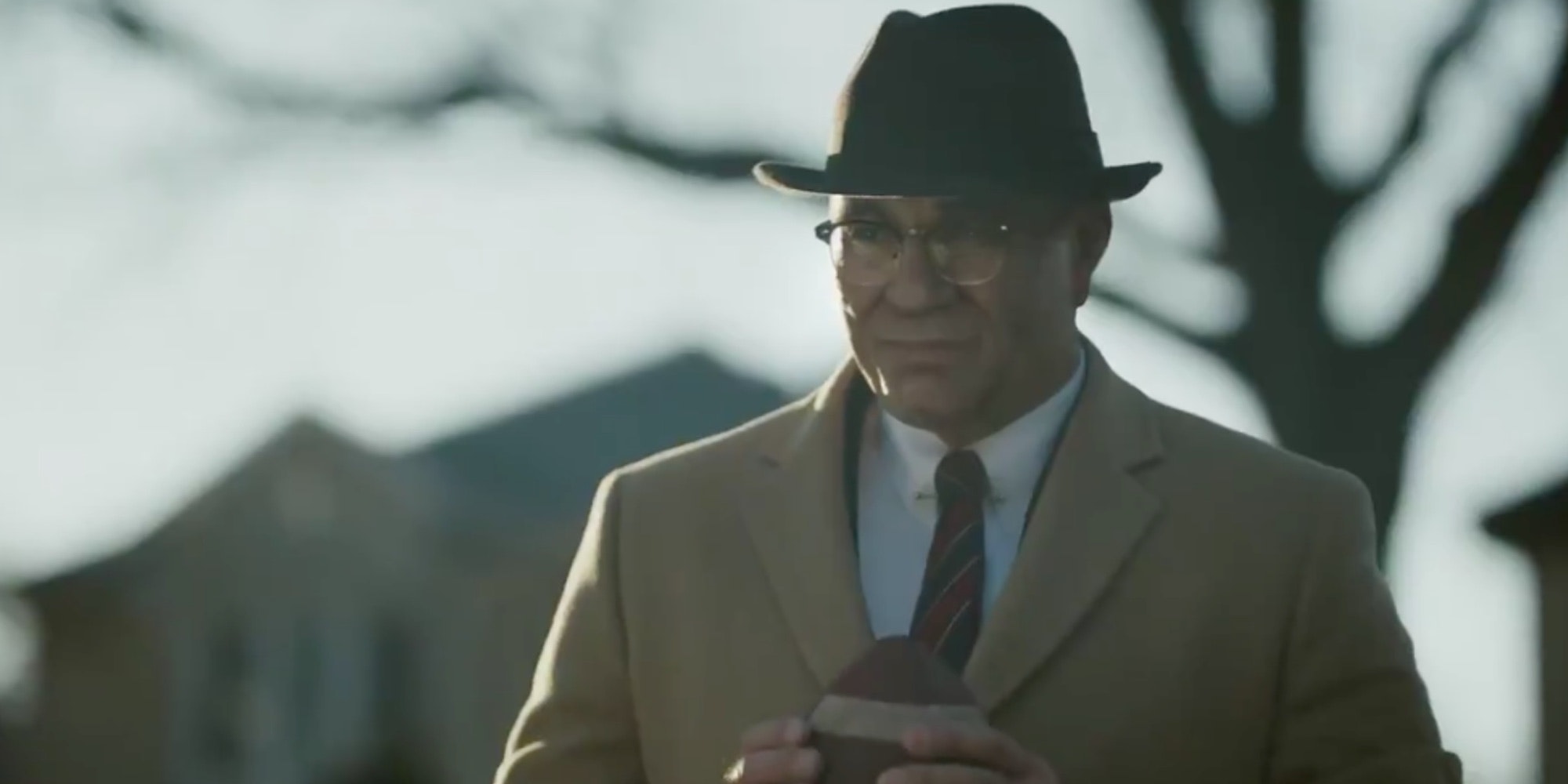 No matter what else is going on in the world, we can always look to the Super Bowl to give us something absolutely bizarre to be stuck in our brains for days. This year, that may just be the not-hologram of coaching legend Vince Lombardi.

Ahead of Sunday’s kickoff in the game between the Kansas City Chiefs and the Tampa Bay Buccaneers, a video of “Lombardi” appeared on the screen.

“We did not get here alone. We arrived as one—with courage, with stamina, with teamwork,” Lombardi says in a pre-recorded video, before handing a football to an awestruck little kid. “The measure of who we are is what we do and what we have.”

And that’s when things got really weird.

What looked to be a hologram version of the famous coach was projected onto the screen to finish out the pep talk before the teams took the field.

Fans watching from home were immediately confused as to what they had just scene. Did they really just bring back a man from decades ago as a hologram?

But there were other layers to what we saw—and why it looked so strange.

A visual effects studio was brought in to use “face-swapping” technology to help Hutchison take his recreation of Lombardi to the next level. Old footage of the coach was used to help make the actor’s mannerisms and speech match up with Lombardi’s as well, per CBS Sports.

The results were baffling—a half-human, half-virtual representation of a man who died years ago, giving a rousing speech to prep everyone for the biggest game of the season.

The fact that the whole thing seemed to be created in such a way as to purposely cause people to question whether Lombardi was a hologram or just a real person dressed up as the coach is…a choice. And one that some found very unsettling. But at the end of the day, some were just happy to see one last speech from “Lombardi,” regardless of the reality of it all.