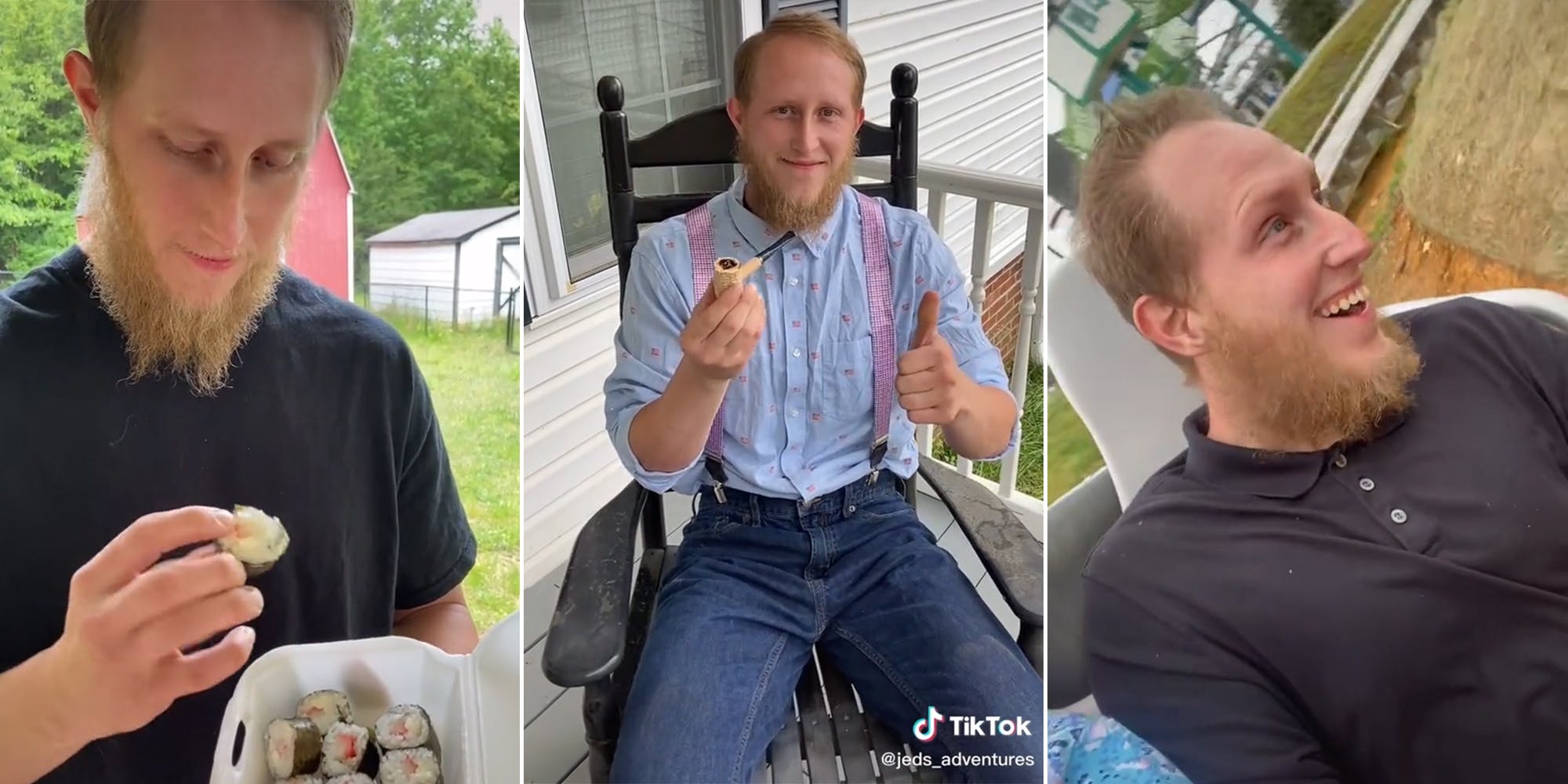 A TikTok account purportedly belonging to an ex-Amish man named “Jedediah” went viral after a video of his supposed first-ever sip of a milkshake gained popularity. Jokingly teamed with “Weird” Al Yankovic’s “Amish Paradise,” a parody of Coolio’s “Gangsta’s Paradise,” a short-lived phenomenon was born. However, it’s been discovered that the account was made up as a “joke.”

The account, @jeds_adventures, has gained 368,000 followers after the milkshake upload on May 9. “Former Amish turned English” is the phrase used to describe his day-to-day adventures, as “English” is the term used for non-Amish people. In each video, he allegedly tries new things, from food to rollercoasters to ax throwing.

However, questions about the legitimacy of his Amish background remained—though the use of Yankovic’s song should have been a clue. The page now also has the phrase “Satire Entertainment,” though it is clear in video comments that it wasn’t expressed from the page’s start.

According to Newsweek, a now-deleted video from the account provided a backstory: “He was in the Amish community. He’s 28 years old. Due to some crap that happened, he is no longer part of the Amish community, and he is no longer married.” He’s shown with a wedding ring in several videos. He’s more careful to take it off in subsequent videos, though the imprint on his ring finger suggests he still wears it.

Per the Newsweek report, a now-deleted TikTok account @iseeyou3156 uploaded videos of “Jedediah,” proving he wasn’t Amish and that his real name is Ethan Linder, a network tech from South Carolina.

Other images showed him with Kaitlyn Linder, believed to be his wife. The explanation, partly confirmed with a cursory Google search, appeared to be authentic.

In one of the videos showing “Jedediah” eating Mexican food, there is a Bud Light sign with the South Carolina state outline and Palmetto tree. He also goes ax throwing at a Craft Axe Throwing, which has locations in Greenville and Spartanburg, South Carolina.

Newsweek reached out to Kaitlyn Linder, who told the outlet that Ethan’s sister started the account “as a joke.” Interestingly enough, people still believe in “Jedediah” and his story, even as spoil-sports crash each video with the truth.

The post Ex-Amish TikToker mesmerizes viewers by trying modern life for the first time—until being exposed as a fraud appeared first on The Daily Dot.

‘Anyone who uses this story as their guiding light is a piece of sh*t’: Woman exposes her ex-cop dad’s malpractice online
This week in streaming: ‘We Are Lady Parts’ and ‘Kevin Can F**k Himself’
Advertisement