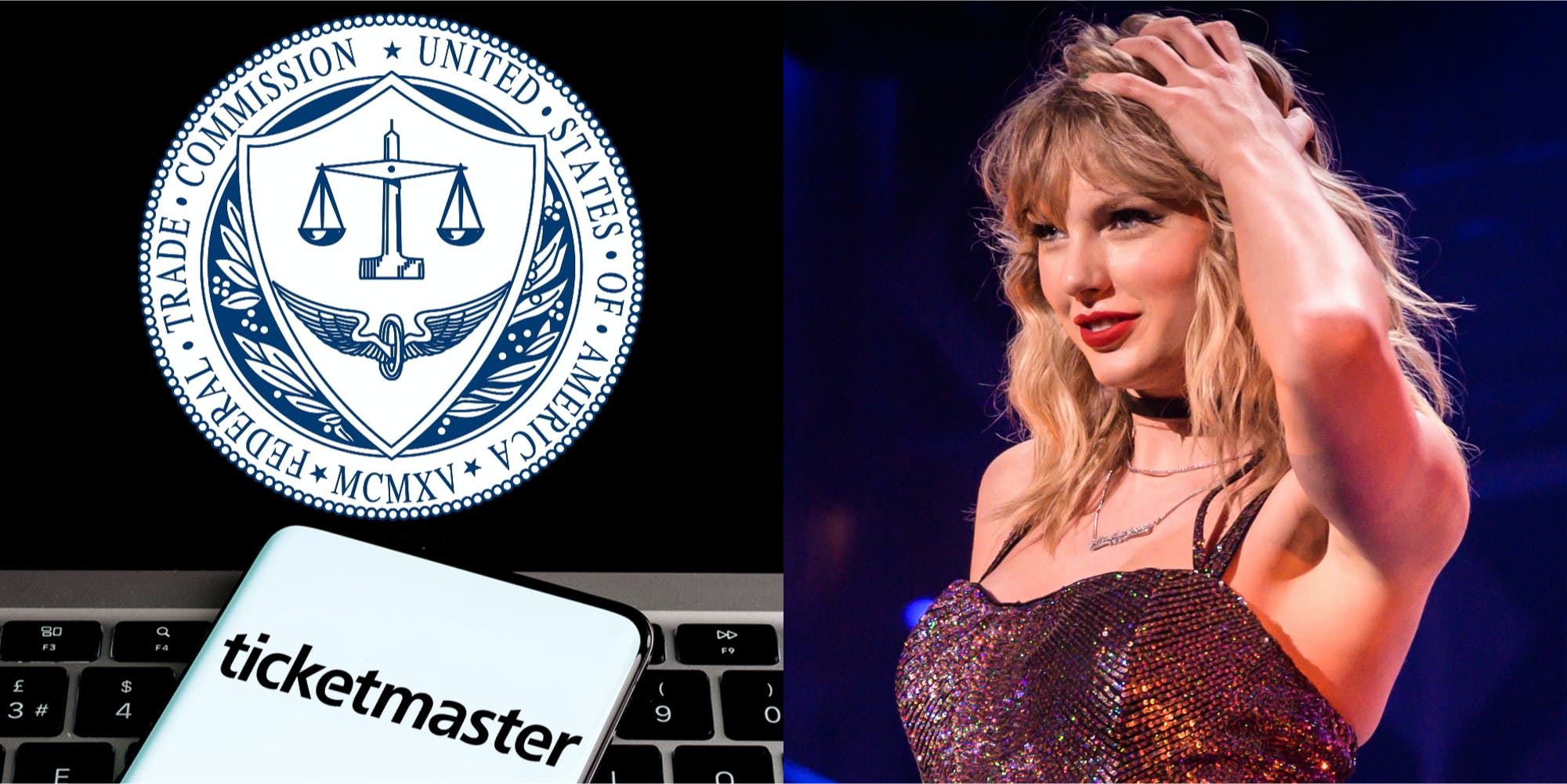 Ticketmaster probably didn’t expect to enter a “Great War” with fans of Taylor Swift over her highly anticipated The Eras Tour, her first since 2018.

But that’s what they got. And they may end up losing, as angry Swifties bombarded the government, potentially spurring an investigation into the monopoly.

After Swift announced her first tour in five years, Swifties were able to sign up for what Ticketmaster called a “verified fan presale” starting Nov. 1. However, no verification process existed for the presale, meaning anyone with a Ticketmaster account could sign up for a chance to get a presale code.

Fan or no fan, those selected to receive a special presale code were notified via email on Nov. 14, the day before the presale began. And on Nov. 15, everything that could go wrong did.

Many shared their disappointment over Ticketmaster’s lack of an actual verified presale.

“I am broken-hearted by the amount of long-time fans that still have zero tickets. For all the times we have stood by Taylor and supported her, I truly believed this was going to be ok. I was so wrong and am so disgusted at the greed that is involved. Fans weren’t prioritized,” Ally (@FearlessAlly13) tweeted on Nov. 16.

“Taylor will be celebrating The Eras Tour without so many of the fans that have stood by her through all the eras because they couldn’t get tickets or couldn’t afford it. So, so disheartening,” Georgia (@melbourneswifty) lamented.

General ticket sales were initially set for Nov. 18 but were canceled by Ticketmaster the day before, with the company citing “insufficient inventory.”

In response, fans went straight to where their voices might be heard, filing complaints directly to the Federal Trade Commission (FTC). Records obtained by the Daily Dot showed dozens of heated customer complaints from Swifties as young as 13 and as old as 64, calling for an investigation into Ticketmaster’s sales process.

“The monopolizing, scamming entity that is known as Ticketmaster needs to be thoroughly looked into. My experience specifically involves what happened to millions of other fans trying to purchase Taylor Swift tickets,” one Texas fan complained. “Ticketmaster is the worst. Fans of any artist deserve a better service that doesn’t assault us with ridiculous fees and dynamic pricing.”

Several users described instances of price gouging. While Swift’s team says the popstar opted out of dynamic pricing, many fans reported affiliate sites were already reselling tickets for more than the original ticket price, calling into question why these people were able to buy tickets for what was labeled as a verified fan presale.

“I received a presale code for Taylor Swift concert tickets that put me 2000th in line for two stadium venues in California totaling 487,000 seats. When I got to the front of the queue, there were no tickets left. But there were already tickets being sold on Ticketmaster affiliate sites for 10 times the prices set by Taylor,” a fan from California said.

“Ticketmaster’s price gouging and excessive fees … harm consumers because of its powers as a monopoly,” a fan from Iowa stated. “Please investigate and please help push for protection of consumers in this horrible situation.”

The FTC received a call from a fan in Missouri who claimed that StubHub was selling presale tickets between $866 and $2,300. He had been waiting since 9am to buy cheaper tickets through Ticketmaster, but couldn’t after the website crashed.

Desperate for tickets, some fans called who they thought was Ticketmaster for help. An Indiana customer said they were asked to download an app on their phone and use it to take pictures of their credit cards.

“They said they were so overwhelmed that the credit cards were not going through and said that I could pay for the tickets by using gift cards for companies that were sponsoring the concert,” the customer said. “So he stayed on the phone and sent me to all different kinds of stores trying to purchase gift cards that I would take pictures of and send to him. I didn’t realize until several gift cards into this that it was a scam, so I immediately blocked the number and went home and canceled all my credit cards.”

Ticketmaster does not have a number consumers can call for assistance, instead, they are supposed to contact Ticketmaster via social media. If anyone were to look up the helpline for Ticketmaster they would find a site with numbers claiming to be the company’s customer support. However, none of these phone numbers are found on Ticketmaster’s actual site.

One New Jersey fan spent $2,220 in gift cards that they believed would be used as payment to Ticketmaster for concert tickets.

“I was desperate to buy Taylor Swift tickets and called Ticketmaster and somehow got these people. They secured seats and said I had to pay with gift cards (stupid of me.) They told me they couldn’t take my credit card information over the phone for security reasons,” the fan said.

Khan said that the incident “converted more GenZ’ers into antimonopolists overnight than anything I could have done.”

Khan spoke about the merger between Ticketmaster and Live Nation merger and said that there “can be concerns when firms become dominant they can become too big to care.”

Consumers are taking matters into their own hands as well. A lawsuit is already underway this month, according to Dallas-based attorney Jennifer Kinder, whose female-owned firm Kinder Law LLPC is representing 250 plaintiffs and counting.

“This is a consumer rights issue. That’s why it’s important,” Kinder said. “Because we’re all consumers, we all need to be paying attention. Monopolistic behavior in every single form, when it affects consumers, needs to be on the radar for every consumer because it affects every purchase that we make.”

Kinder’s firm is not asking clients to front the cost for this lawsuit. For everyone involved, it’s not about the money.

“It’s about change,” Kinder said. “If there’s no change, then there’s no reason for us to be pursuing this.”

One client said they were charged $14,000 and made to check out 41 different times. They ultimately came away without a ticket. Another tried checking out 75 times without success, Kinder said.

In the face of lawsuits, Ticketmaster is attempting to make amends.

On Dec. 12, Ticketmaster announced a second opportunity for fans to get tickets, stating that Swift’s team had asked them to do so.

The announcement was emailed to fans who had received a “boost” in the presale line but were unable to get tickets the first time. They may request two tickets, but there is no guarantee that both seats will be located next to each other. There is also no way to request an accessible seat this time.

Kinder said she believes this second sale is nothing more than an attempt to “dismantle the lawsuit.”

“If it’s not working for everyone, and if we don’t do this for every fan, then who’s going to do it?” Kinder asked. “If the government isn’t going to do it, then the consumer has to.”

The post EXCLUSIVE: ‘I feel robbed and dejected’: Read the furious messages Swifties sent to the FTC after Ticketmaster botched Taylor Swift presale appeared first on The Daily Dot.

‘Look at all this sh*t I gotta clean off the f*cking grill’: Five Guys worker urges customers to stop ordering grilled cheese ‘patty melt’ hack
‘What do you expect playing COD on duty?’: Security guard fired on live stream after bragging about playing video games on the clock
Advertisement