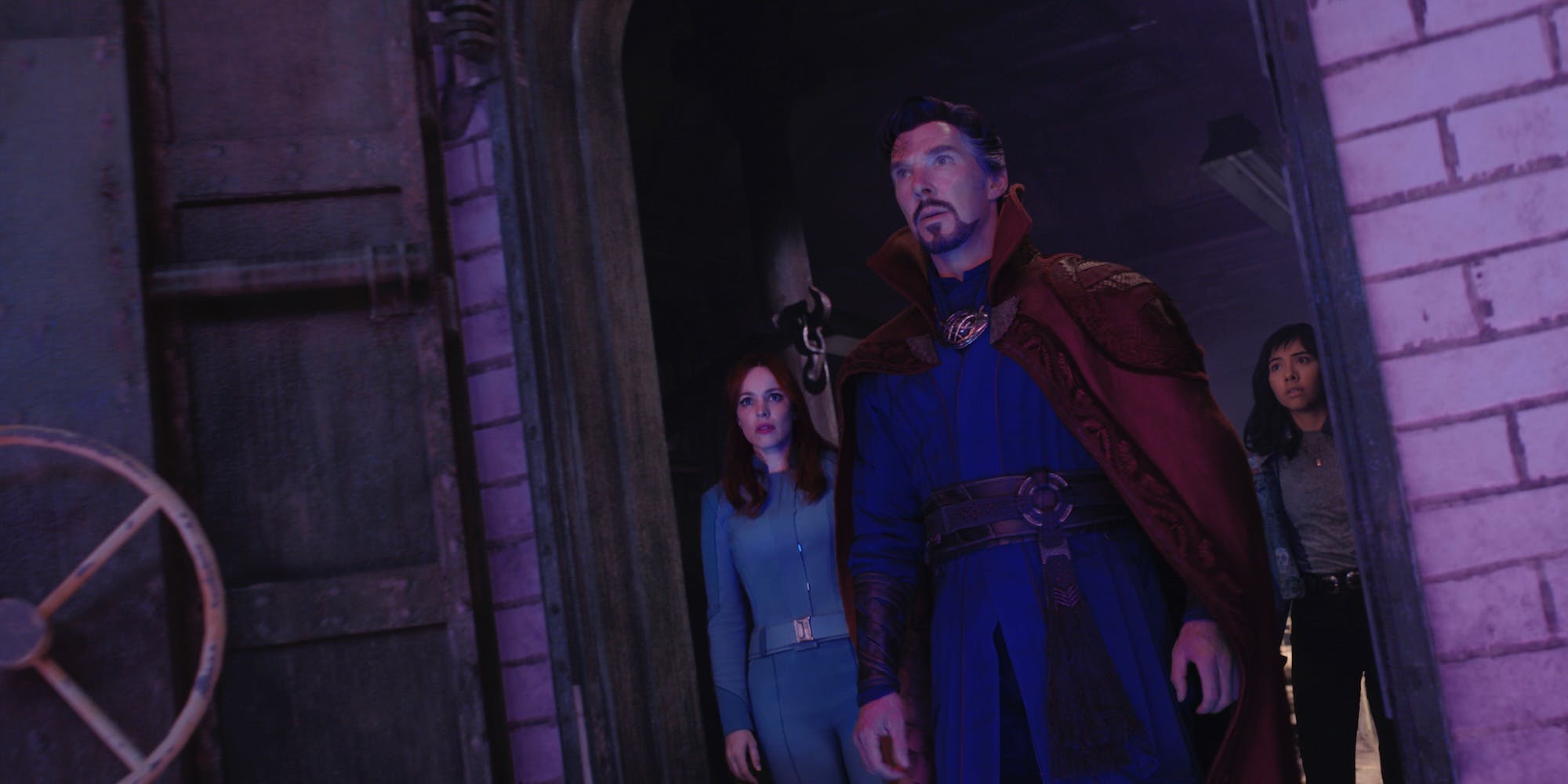 With the Marvel Cinematic Universe now spanning 28 movies (and counting) and six TV shows (and counting), it’s pretty commonplace for people to suggest properties to refresh themselves with before the newest entry hits theaters. Doctor Strange in the Multiverse of Madness is no different as it plans to loop in characters like Wanda Maximoff and America Chavez and bring the multiverse front and center, but the arrival of initial reactions and reviews is sparking a meme highlighting just how vast and unwieldy the MCU has become.

As the first reactions to Marvel’s Doctor Strange sequel emerged online—first as social reactions immediately following the film’s premiere, and again on Tuesday morning once the film’s review embargo lifted—so did the watchlists.

One such recommendation came from Gabriel Carvalho, a Brazilian film critic who saw Multiverse of Madness early. In a thread that is a play (and one he’s done before almost word-for-word) on the often hyperbolic reactions to Marvel movies, he offered a list of unlikely properties to watch before seeing the film. Some are part of the MCU like What If…? and Loki, but others (X-Men: The Animated Series, Deadpool 2, and Inhumans) are not.

The tweet was a joke, but it didn’t stop some people from being perplexed or annoyed about the idea of needing to watch several films just to “get” Multiverse of Madness.

“I can’t believe you have to do homework to watch a stupid movie my god,” @_haaniyah_ tweeted.

After a certain point, the list format of essential watches was no longer necessary.

And there were even lists of movies and shows to watch to “catch up” for the film that was mostly just lists of what to watch instead of the MCU flick.

If you did want to look for a list of shows and movies to revisit before Multiverse of Madness, several websites have you covered. What the memes illustrate—apart from maybe several new recommendations to add to your watchlists—is that keeping up with the MCU as it juggles dozens of heroes can be as much an exercise in the extra work you put into it beforehand as it is in watching the actual movie. And with each new movie, the barrier of entry climbs even higher.

The post Fake ‘Doctor Strange’ watchlists poke fun at the vast legwork to put in before seeing the newest MCU movie appeared first on The Daily Dot.

‘Pregnant people are always in the way, needy, a burden’: Woman says she hid pregnancy in order to get a job
The voices defining Web3: Meet the users fighting NFT-based hate speech on the new internet
Advertisement