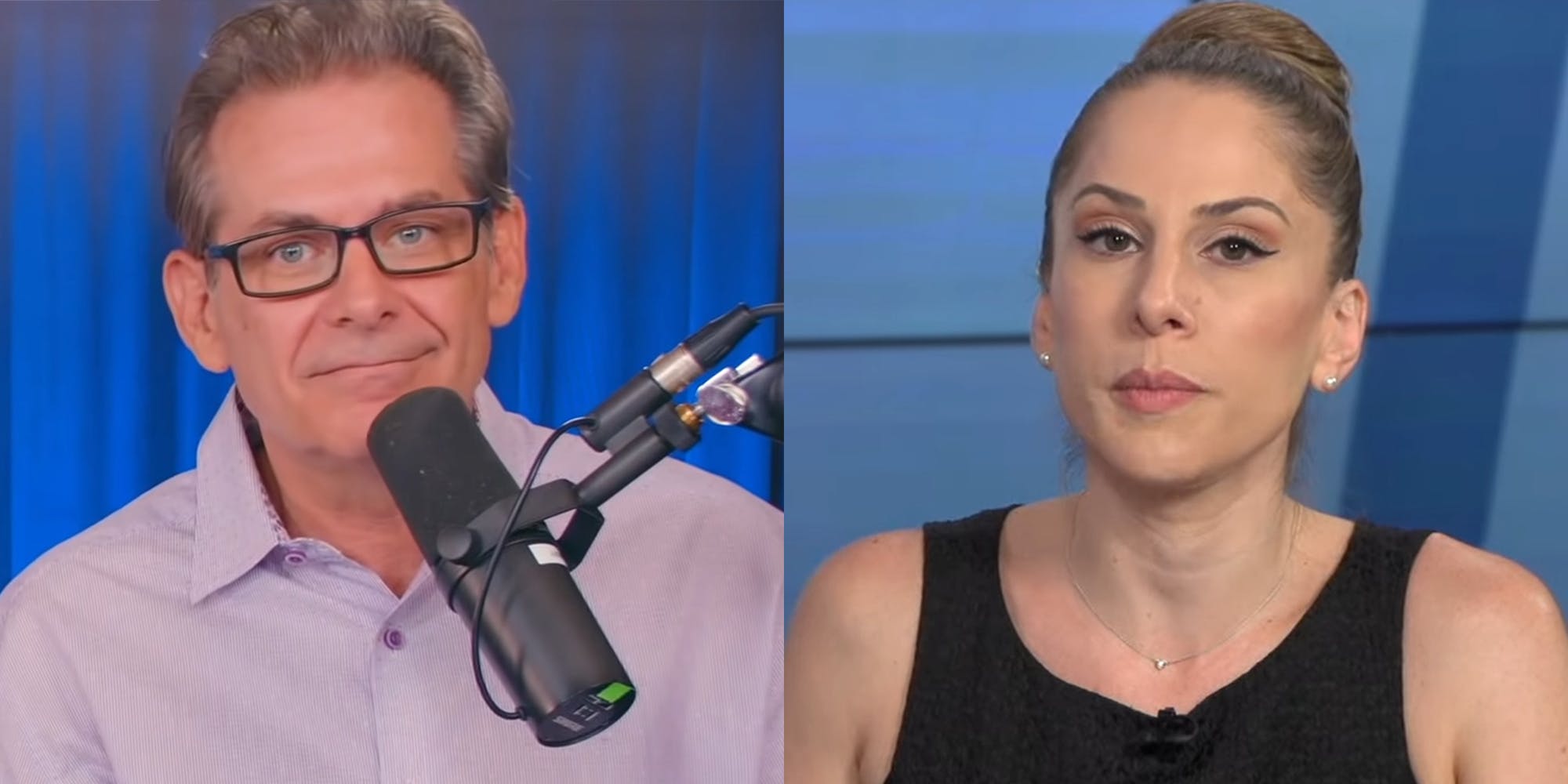 The feud between Jimmy Dore and the Young Turks (TYT) has split the leftist media community. While the former coworkers have been at each other’s throats for a while, the latest cause of the division is an allegation that Dore sexually harassed TYT cohost Ana Kasparian when he worked on the show. Dore denies any wrongdoing.

Oddly enough, the recent controversy seems to have been spurred by claims that Dore took money from a lobbying group that supports Syrian dictator Bashar-al Assad, as Bellingcat reported in 2019. TYT recently referenced these accusations. On his show, Dore called these claims “false.”

Aaron Maté of the Grayzone, who has been accused of pro-Assad reporting and taking funds from a group that supports the dictator, also characterized their comments as “libelous” and the allegations as a “smear.” Maté’s recent reporting trip to Syria, about which Dore interviewed him multiple times, seems to have resurfaced the allegations about pro-Assad funds.

This is just the latest battle in a feud that’s been going on for many months.

The conflict shifted from more professional to personal when Dore claimed recently that Kasparian threatened him in a private message.

In an episode of his show, Dore displayed a screenshot of this message, in which Kasparian wrote that she was “sure” he recalled making numerous sexually inappropriate comments to her when they worked together and said she wasn’t going to hold back from talking about it anymore.

Dore then essentially blamed Kasparian, claiming that she used to dress “unbelievably inappropriately for a newsroom” when he worked there. (He left in 2019—some say he was fired.) He said she was referring to a single incident that happened when she wore a short skirt to work.

“She bent over in front of me and I literally saw her ass and her thong. And I go, ‘Ana, nice news skirt.’ And everybody laughed. Like they laughed louder than I thought they would. And so it humiliated her.”

“Cause everybody saw how inappropriate she dresses—she used to dress … And she got humiliated,” he added.

Dore claimed he and Kasparian were friendly at the time and he was just “busting her balls.” He said he later sent her an apology note.

On Tuesday’s show, the Young Turks responded. Kasparian and cohost Uygur Cenk said that Dore’s version of events wasn’t entirely accurate—that no one saw her thong, and it wasn’t just her colleagues, but students from a class she was teaching, who were present.

Kasparian said she’d tolerated his inappropriate comments until that day, when Dore made a comment about “how sexy” her legs were.

“Seeing an older man I work with talk about my body like that in front of my students was wrong. And so for the first time, I actually snapped at him and told him to never make a comment about me like that again,” she said.

“He pretends he’s a fighter for progressive values … He is anything but the so-called leftist that he tries to present himself to be and his audience reflects that.”

Kasparian added that Dore’s defenders—which includes the neo-Nazi site the Daily Stormer, which wrote a deeply sexist article referring to her as “this bitch” and claiming she’d “blackmailed” Dore—have been attacking her and TYT since he talked about her on his show.

One person unearthed a clip of Kasparian and Cenk talking about female celebrities flashing their crotches several years ago. “Like all they did before a few years ago was show panty shots and objectify women,” they tweeted. Dore retweeted it, adding, “Wow.”

Those in Kasparian’s corner have responded in kind. “‘If she didn’t want people to harass her she wouldn’t have dressed like that’ -@jimmy_dore,” mocked one person, who also referred to the claim Dore got money for reporting pro-Assad stories.

The feud has divided leftist media figures and their respective fans.

Allies of both have defended their side passionately.

TYT contributor Ryan Grim tweeted that Dore’s admission means he believes his audience will like him more for outing himself as a sexual harasser.

Maté replied, “He confirms that he made a mean joke that he apologized for. You’re going to declare this ‘sexual harassment’?” Maté added that he believes TYT are using the feud to distract from another crisis.

Kasparian has recently indicated that she no longer wants to discuss the sexual harassment allegation.

“Don’t really need to re-litigate. I’m done. These are not people I trust or want anything to do with. That includes their supporters & anyone who thinks it’s okay to defend Jimmy when HE himself made this public & admitted to degrading me,” she tweeted Tuesday.

In spite of her wishes, online chatter indicates that fascination with this feud isn’t going anywhere anytime soon.

The post Fight between ‘The Young Turks’ and Jimmy Dore takes a dark turn over sexual harassment allegations appeared first on The Daily Dot.