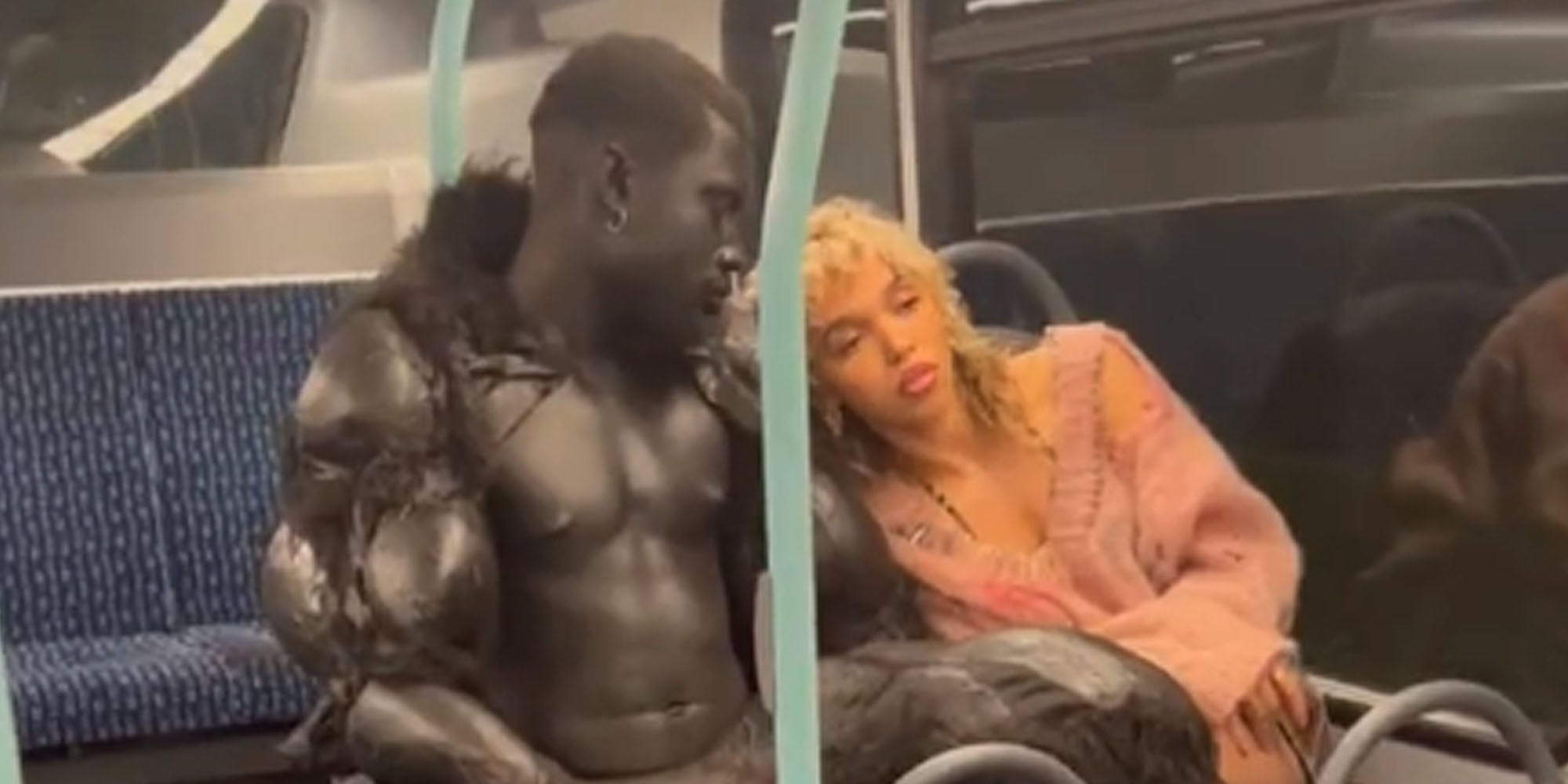 FKA twigs is being called out online for including what critics are saying is blackface in her latest music video.

The video for “thank you song” features the English musician entering a double-decker bus. She eventually sits next to and leans on a man dressed in black, who is portrayed by Michele Zan; she says that he’s portraying a mythological creature. As far as music videos go, it’s more low-key.

But some viewers took issue with the way that Zan, a light-skinned Black man, has his skin darkened to make it appear that his skin is black. His costume made some question what he’s supposed to be, with some questioning if the costume is racist as well.

Some called for FKA twigs to take the video down or apologize.

Others offered the alternative of casting someone with dark skin for the music video, but that could still lend itself to falling into racist tropes.

According to an Instagram Stories post from FKA twigs, the other person (portrayed by Michele Zan) in the music video is a her “guardian angel and mythological protector.” In that post breaking down some of the music video’s symbolism, FKA twigs explained that she often imagines her “protectors as magical figures, animals and birds that derive from greek mythology and fables (she) loved as a child.”

“The mythological figure in thank you song represents the strength warmth and reassurance that i have needed to deal with my demons the last couple years of my life,” she wrote. “He looks over and protects me on my lonely journey home.”

She noted that the metallic sparkle in the character’s skin “is in reference to his otherworldly presence that cannot be found or replicated in human form.”

One person pointed out the costume’s similarities to Pan (a Greek deity) in the video.

The Daily Dot has reached out to FKA twigs’ representatives for comment.

The post FKA twigs called out for featuring a Black man with darkened skin in her latest music video appeared first on The Daily Dot.

‘Always trust your instincts!’: TikToker says she was almost kidnapped by her Lyft driver
Why the NBA Draft Should Be Abolished
Advertisement