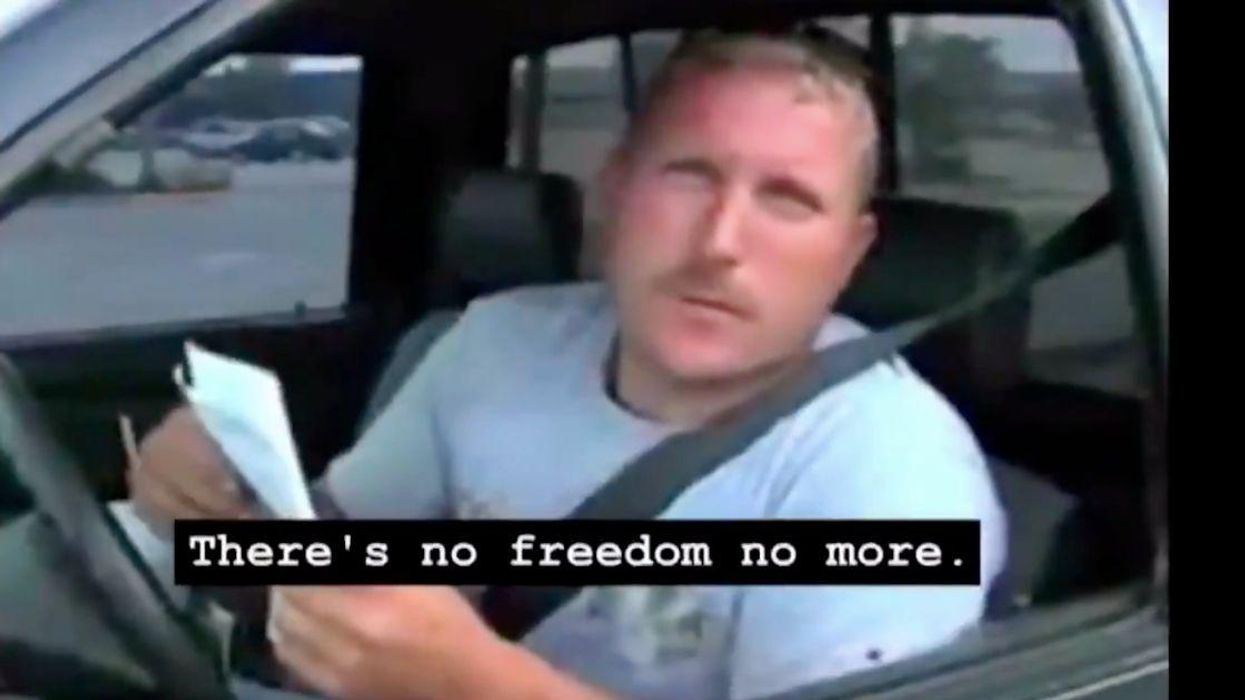 As we see viral videos of people ranting about mask mandates being tyrannical government overreach, the Daily Show with Trevor Noah reminds us that people said the same thing about seatbelt mandates back in the day.

A video of news footage from 1986 shows several people complaining about how requiring seatbelts was a violation of their freedom and how they weren’t going to comply. It’s really something to see now. Watch:

This clip from the Daily Show of people fighting against seat belt mandates in the 80s is absolutely surreal from s… https://t.co/4P0szXEXdV

There was intense resistance to seatbelt laws in the 1980s, which in hindsight seems quite silly. When used properly, seatbelts reduce motor vehicle fatalities by half, according to the CDC. People who are unbuckled are 30 times more likely to be ejected from a car during a crash. Most of us buckle up without even thinking about it now, which saves both lives and healthcare resources, but it took a mandate to get us here.

Now we see the same kinds of complaints with COVID-related mandates, despite COVID killing more than ten times as many people in one year as an average year of car accidents do. If the government could mandate seatbelt usage to save lives and healthcare resources, surely it can mandate masks in the midst of a global pandemic spread almost entirely by people’s mouth emisssions.

The purpose of our system of governance, according to the preamble to the Constitution, is to “establish justice, insure domestic tranquility, provide for the common defense, promote the general welfare, and secure the blessings of liberty to ourselves and our posterity.” Sounds awesome, but sometimes those things can seemingly conflict with one another. What if what needs to be done for the defense or welfare interferes with our blessings of liberty?

It’s a sticky question, for sure. But sometimes it’s not really as sticky as people make it.

In the midst of a pandemic that has taken the lives of 675,000+ Americans and sickened millions more in a mere 18 months, it’s clear that our general welfare is taking a huge hit. We know there are measures we can take to minimize viral spread and save lives, but asking nicely and leaving it up to people to do the right thing doesn’t seem to be working. So in order to promote the general welfare, the government is requiring people to do the right thing (i.e., wearing masks in public places).

Freedom that leads directly to the death of our fellow Americans is not true freedom. Some people still don’t seem to understand that we are in a viral pandemic that’s killing thousands of Americans a day. If we don’t voluntarily do the right thing, we’re asking for the government to step in to protect the general welfare.

I wish we could fast forward forty years to see how silly the anti-maskers look to future generations. Just like seatbelt mandates didn’t lead to tyranny, neither will mask requirements during a viral pandemic.

The joy on his face when he sees what his love is going to look like in 30 years is priceless.
When these drones zoom in over elephants and rhinos, they stop horrible things from happening.
Advertisement