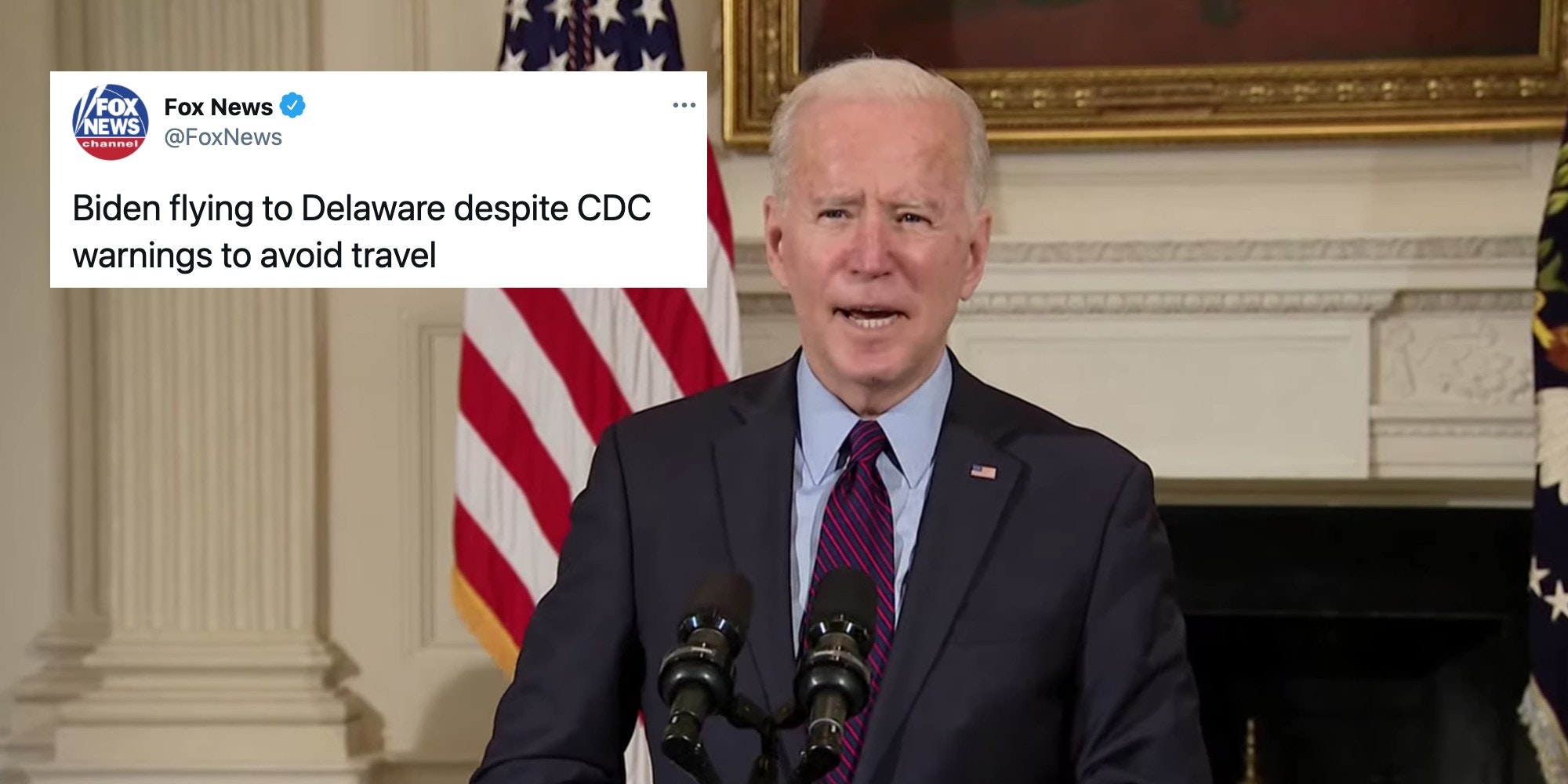 The network criticized the president in an article on Friday for his upcoming flight to Delaware, despite CDC travel warnings, amid the ongoing coronavirus pandemic.

But advisories from health officials are obviously focused on commercial travel, not the flights of the president of the United States.

Given that Fox News seemingly had no issue with former President Donald Trump not only traveling during the pandemic but holding massive rallies as well, the network was accused of over-the-top partisanship and hypocrisy.

“Trump literally had a rally that killed Herman Cain and Fox is worried about Biden traveling on fucking Air Force One,” he tweeted. “I can’t today.”

Prominent journalist Mehdi Hasan also noted the stark difference in precautionary measures taken by Biden and his predecessor, who caught the coronavirus after months of ignoring safety guidelines.

“He’s fully vaccinated, he’s masked, he’s going on Air Force One (!!), and he is NOT – repeat, NOT! – going there to hold super-spreader rallies” Hasan said. “This is pathetic, even by Fox standards.”

Some questioned whether the Fox News headline was even real, arguing that the coverage surely had to be a joke.

The original tweet from Fox News was also heavily ratioed with more than 16,000 replies from users on Twitter. Trump’s repeated golf outings were also mentioned.

“I know you guys are rusty after four years of bootlicking, but this is pretty hilariously weak,” Kevin M. Kruse wrote.

Despite its clickbait premise and headline, Fox News admits in its article that Biden “will avoid much of the travel risks associated with commercial flights or traveling on other methods of public transportation like bus or train.”

In response to questions over Biden’s plans in his home state of Delaware, White House Press Secretary Jen Psaki noted on Friday that the president intends “to spend the weekend with his wife and family there.”

The post Fox News criticizes Biden for flying home during COVID-19, Twitter reminds it of Trump’s rallies appeared first on The Daily Dot.