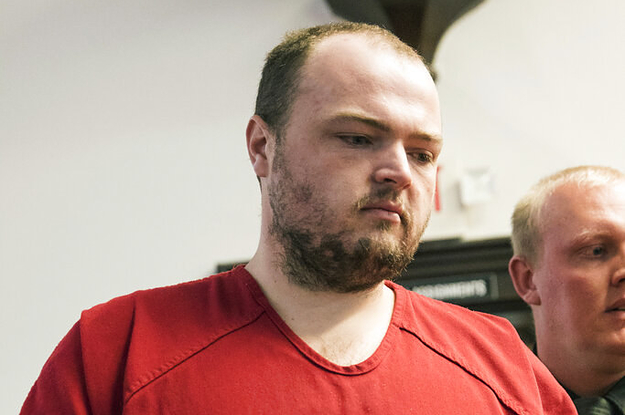 George Wagner IV, who was found guilty of murder last month in the massacre of a Pike County, Ohio, family in 2016, was sentenced to life in prison without parole on Monday.

In 2018, 31-year-old George Wagner IV, along with his brother, Edward “Jake” Wagner, and their parents Angela Wagner and George “Billy” Wagner III, were arrested and indicted in connection with the 2016 massacre in Pike County of the Rhoden family.

Eight people were found dead in three mobile homes and a camper, shot in the head “execution-style” while some were still in their beds. Three babies, including a 4-day-old infant, were present during the rampage but left unharmed.

Last month, a jury found Wagner IV guilty on 22 counts, including eight counts of aggravated murder and other charges such as conspiracy, tampering with evidence, obstructing justice, and engaging in a pattern of corrupt activity in relation to the 2016 massacre.

On Monday, the judge presiding over the case ordered George Wagner IV to serve eight consecutive life sentences for the eight aggravated murder charges and an additional 121 years related to the other charges, according to NBC News.

“No sentence would right the wrong that has been inflicted on the victims and their families,” the judge said before delivering the sentence.

After the news broke of Wagner IV’s sentence, Ohio Gov. Mike DeWine tweeted that “George Wagner IV will never live another day outside of prison,” adding that this sentence is “another step toward justice for the Rhodens, Gilleys, & Manleys.”

DeWine said that he spoke with family members on Monday morning and commended them for their courage and their patience as they have waited over six years for this day.

During the trial, prosecutors alleged that George and his relatives plotted to kill the Rhoden family over a custody argument between his younger brother and one of the victims — Hanna Rhoden, who had a daughter with Jake Wagner.

George was not accused of shooting anyone, but prosecutors said that though he wasn’t the one who pulled the trigger, he was “complicit” because he “knew what was going to happen” and knew “what they were going to do,” and thus he “aided and abetted them,” WKBN reported.

Both Wagner brothers, George and Jake, as well as their parents, Angela and Billy, were charged in the killings. George was the first of his family to go on trial for the massacre.

Jake pleaded guilty in 2021 to shooting five of the victims, including the 19-year-old mother of his child, and he had agreed to testify against George and their parents in a deal to help the family potentially avoid death sentences.

Before George’s conviction, the judge agreed to remove the possibility of the death penalty for his trial.

Their mother, Angela, also pleaded guilty in 2021 to helping to plan the murders and said that it was her husband, Billy, who came up with the idea to kill the whole Rhoden family. Jake also implicated his and George’s father, Billy, in the other three murders.

Billy Wagner has pleaded not guilty and will face trial next year.

Both Jake and Angela Wagner have yet to be sentenced following their guilty pleas.