‘Girls have interactions like this EVERY DAY’: Viral TikTok shows man hitting on teen while she’s trying to thrift—even after she tells him her age – Nogagames 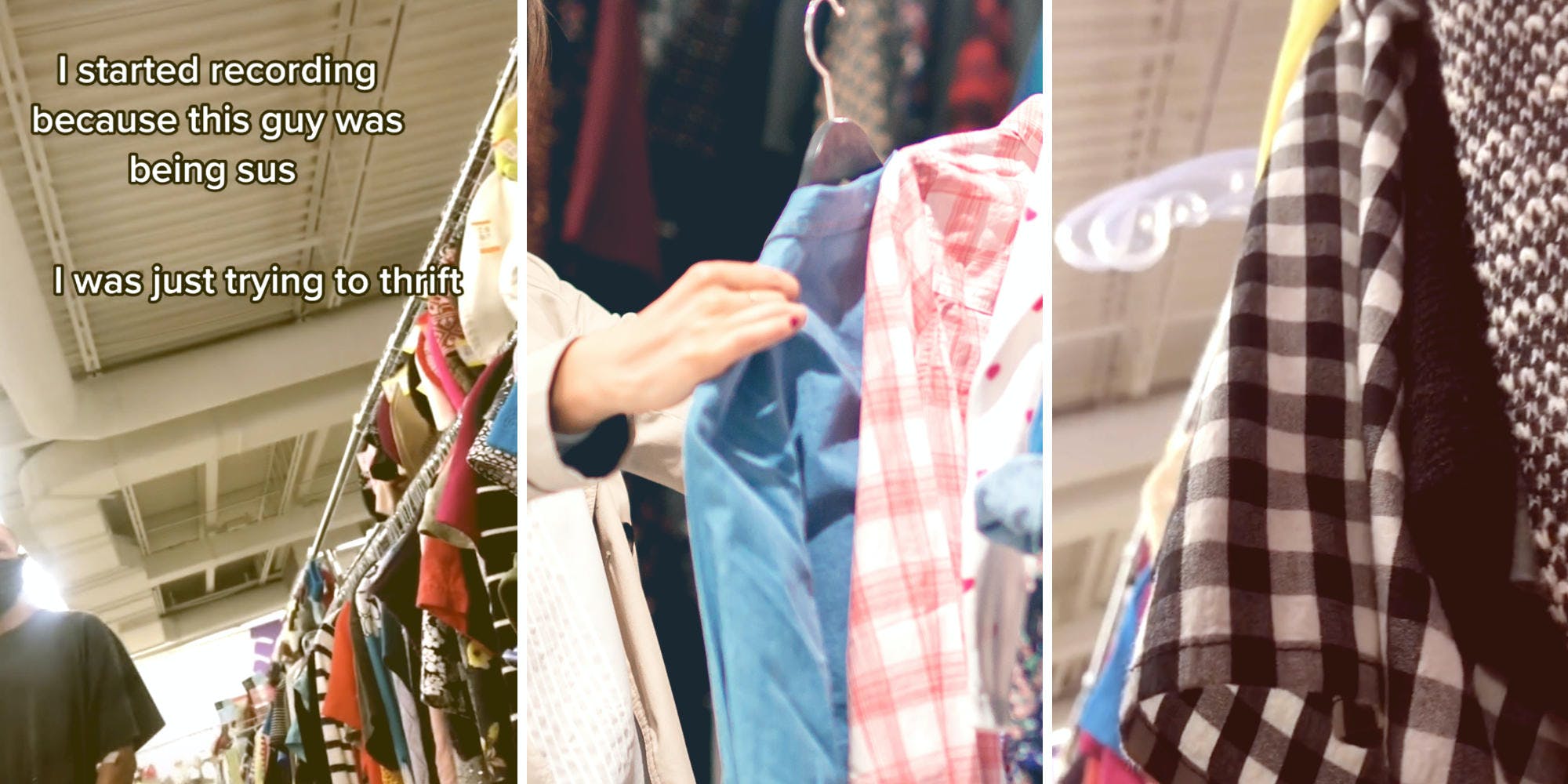 Viral video footage shows a man hitting on a teen girl at a thrift store—and continuing to hit on her even after she said she was 17.

The teen, known as @jaycie444 on TikTok, uploaded the footage to the social media platform, where it received 2.5 million views as of Wednesday. The TikToker captioned the video, “there are creeps out there everybody please stay safe.”

In the video, the teen said she started recording because the man was “being sus,” while she was trying to thrift. The man can be seen spotting her from the end of a store aisle then walking up to talk to her.

The man introduced himself as Laurie, adding, “I just think you’re one of the most beautiful girls I’ve ever met.”

Laurie asked if he could buy one of the teen’s thrifted items for her, and she told him “Oh no, it’s OK. I’ll be fine.”

Then the man asked her if she was engaged to someone or “involved” with someone. She told him no, and he told her that he isn’t either.

“That’s a good age to be,” was the man’s response.

It’s unclear how old the man is but he admitted in the video to being older than 17 and appears to be balding in the TikTok.

After ignoring the teenager’s clear self-identification as a minor, the man continued harassing her. He told her he got injured about a month ago and offered to show her his “banged up” knee. Then he asked her to guess which knee was his bad one.

The teen told Laurie she had “no idea” which knee was his bad one and kept sorting through the thrift store clothes.

“It’s the right one,” Laurie said. “Anyway, I live out in the country, and I got a bunch of stuff that I was trying to keep up after work. But it’s kind of fallen behind, and I’m looking for someone to help me.”

The “stuff” involved gardening, and it was a paid job, Laurie told the teen.

At that point, the teen seemed to have had enough and faked getting a phone call to get out of talking to the man.

TikTok viewers condemned the man for hitting on the teen, especially after she said her age.

“if he kept talking to you after you said you were 17 imagine the day he asks someone younger who doesn’t know better to go to his house w him..” one viewer commented on the video.

In response, the teen wrote, “exactly that’s why I posted it.”

The teen’s video was cross-shared to Twitter by feminist author Jessica Valenti, who captioned her tweet with the video, “One of the things I wish men understood is that girls have interactions like this EVERY DAY.”

“One of the things that broke my heart about that video was remembering how many times I also told a man my young age believing that would make him leave me alone – not realizing me being a teenager was exactly the point,” Valenti added in a response to her tweet.

The post ‘Girls have interactions like this EVERY DAY’: Viral TikTok shows man hitting on teen while she’s trying to thrift—even after she tells him her age appeared first on The Daily Dot.

‘This is my last cry for help’: TikToker says Apple didn’t help after her ID was hacked—until she went viral
‘don’t open the cardboard all the way’: McDonald’s worker shows how they ration French fries when you order a large in viral TikTok
Advertisement